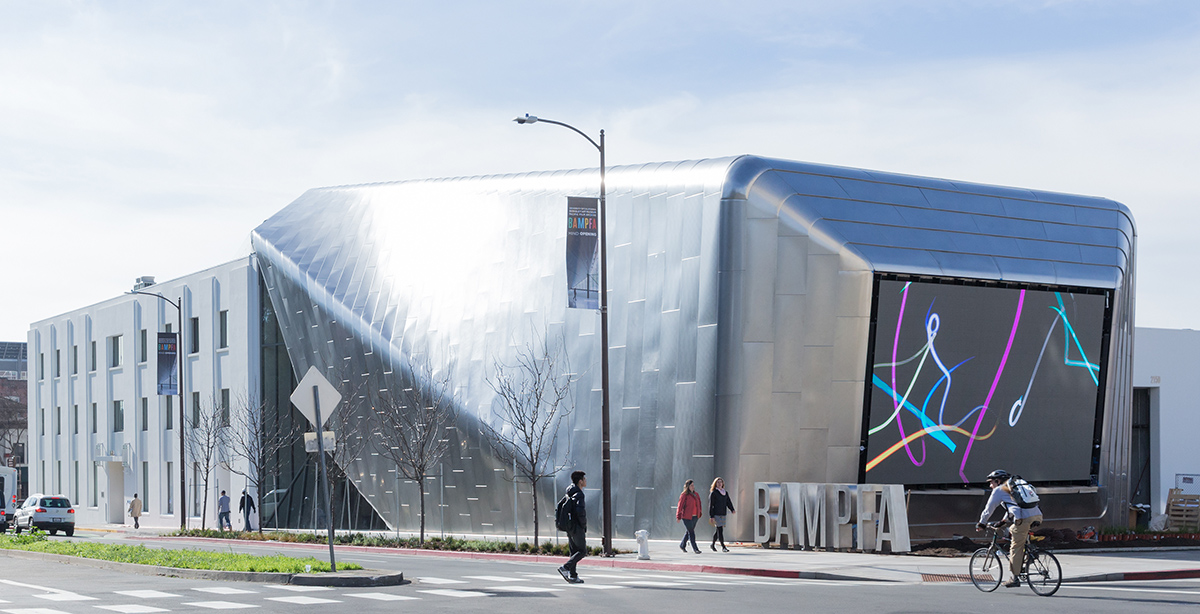 One of the nation’s leading university museums, the UC Berkeley Art Museum and Pacific Film Archive (BAMPFA) is a forum for cultural experiences that transform individuals and advance the local, national, and global discourse on art and film. As the premier visual arts venue at the top U.S. public research university, BAMPFA is uniquely dedicated to art and film in equal measure. Its annual program encompasses exhibitions, screenings, and public programs that connect visitors from campus, across the Bay Area, and beyond with the leading artists and filmmakers of our time.

BAMPFA takes a contemporary and critical perspective on its wide-ranging collections. The museum’s holdings of more than 28,000 works of art include particular strengths in 20th- and 21st-century work, including Abstract Expressionist painting, contemporary photography, conceptual art, and African American quilts, along with focused historical collections of 19th-century American folk art and early American painting, Italian Baroque painting, Old Master works on paper, and East Asian paintings. BAMPFA’s collection also includes more than 18,000 films and videos, representing the largest collection of Japanese cinema outside of Japan and impressive holdings of Soviet cinema, West Coast avant-garde film, and seminal video art, as well as hundreds of thousands of articles, reviews, posters, and other ephemera related to the history of film.

Founded as the University Art Museum in 1970 and initially housed in a Brutalist structure designed by Mario Ciampi, BAMPFA relocated in 2016 to a new facility designed by Diller Scofidio + Renfro in the heart of downtown Berkeley, where it has become an anchor for the city’s flourishing arts district. The museum’s curatorial strategies reflect the rich diversity of the UC Berkeley campus and the greater Bay Area through programming that is interdisciplinary, intergenerational, and international in scope. A locally connected, globally relevant institution, BAMPFA is deeply dedicated to its role as an educational space for UC Berkeley scholars and the general public. It fulfills this mission with three distinguished study centers—the James Cahill Asian Art Study Center, the Film Library and Study Center, and the Florence Helzel Works on Paper Study Center—as well as a range of collaborations with the university’s academic departments and student organizations.

Memorable experiences with a dynamic community of art and film enthusiasts. Become a BAMPFA member today.

Search past exhibitions on our archived site.

Research our rich history of film programming on our archived site.