One of the five or six most beautiful melodramas of film history. 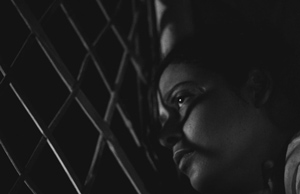 Watch this film on your TV, computer, or mobile device through our streaming partner, Eventive, beginning June 25. When you use this link, your rental benefits BAMPFA.

Ritwik Ghatak’s most passionate subject—the disintegration of life for Bengali refugees—is at the core of The Cloud-Capped Star, but the film resonates with universally Indian themes like, as Ghatak explained, the “powerful mother image, in both its benevolent and terrible aspects.” The story focuses on the seemingly indomitable Neeta, who sacrifices everything as the sole physical and moral support for her refugee family: a brother with musical ambitions, a father whose classical education counts for nothing, and a mother who cynically manipulates her daughter’s demise. Ghatak himself manipulated the melodrama to create a dark family portrait whose many levels of meaning are reflected in Supriya Choudhury’s luminous performance. As critic J. Hoberman noted: “The film rises and falls on her private, inward smile, sudden turns toward or away from the camera. It gradually becomes clear, however, that the clouds which conceal Neeta’s radiance also prevent her from seeing the world. . . . A film of broad characterizations and Chekhovian nuance . . . as formally exciting as it is emotionally absorbing.”