Rather like the butterfly wings that are its central metaphor, Son of Monarchs is deceptively fragile-seeming, yet robust, structurally complex and vibrantly hued. 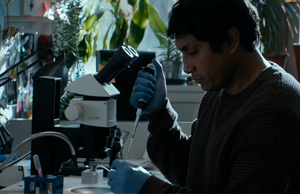 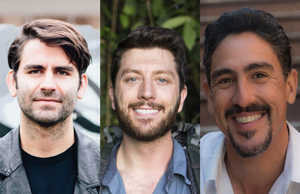 An intricately constructed meditation on migration, the environment, science, and identity, Son of Monarchs follows biologist Mendel as he shuttles between New York City and his hometown in Michoacán, Mexico, revealing both the inspiration for his groundbreaking research and the roots of a haunting trauma. In winter, millions of monarch butterflies migrate to the forests of Michoacán. Mendel’s memories revisit his younger self observing the forest and its creatures with his brother Simon, but scenes of the brothers in the present suggest the fracture of filial bonds. The film balances an appreciation of contemporary science and sophisticated CRISPR gene editing technology with respect for traditional and intuitive approaches to understanding the world. Writer/director Alexis Gambis holds a doctorate in molecular biology and Berkeley doctoral student Aaron Pomerantz provided images of a developing butterfly chrysalis for the film. “In Son of Monarchs, Gambis has mapped the butterflies’ migratory paths and genetic patterns onto Mendel’s search for belonging. It’s an inspired blend of science and narrative, and an affecting allegory emerges from the unique imagery” (Jude Dry, Variety).