Streaming: A Tale of Autumn

Rohmer elegantly seduces us with people who have all of the alarming unpredictability of life. 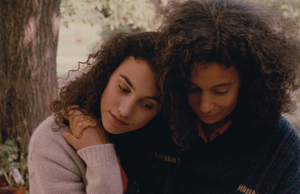 Ticket Package
The entire series is also available as a bundle with a discounted rental fee.
Learn more

A French Ozu, Rohmer makes the delicate distinction between late summer and early autumn in the light, the colors, the wind, and the mood of deep delight that permeates this film set in Provence. Magali is a vintner, and autumn is her season, when she can forget the loneliness of being a widow whose children are gone. Isabelle, owner of a bookshop, plans her daughter’s wedding but is far more interested in getting Magali hitched. Unbeknownst to her friend, she places a personal ad in her name—then conducts interviews over wine and lunch. Béatrice Romand, a teenager in Rohmer’s Claire’s Knee (1970), plays Magali, and Marie Rivière, the vagabond of Summer (1986), is Isabelle. Everyone’s grown up, in a film that is as magical and as uncompromising as anything Rohmer ever made.

PART OF THE SERIES: Streaming: Éric Rohmer’s Tales of the Four Seasons