Streaming: There Is No Evil

Rasoulof has turned filmmaking into an act of resistance . . . every tale breathes. 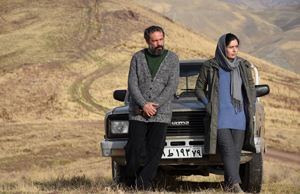 In life, we are all called upon to make ethical decisions, large and small. In Iran, if you are a man—a military conscript, or even a certain functionary—you might be called upon to execute a fellow citizen convicted of some crime or other. Refusing to “pull out the chair,” as it is described, will surely render you an exile in your own country. Mohammad Rasoulof’s brave and searing new film tells of four men and their decisions: an appealingly put-upon family guy (Ehsan Mirhosseini); a frightened new conscript (Kaveh Ahangar); another soldier (Mohammad Valizadegan), on leave to woo his intended; and a doctor (Mohammad Seddighimehr) practicing in the hinterlands. Capital punishment looms over Iranian life; clearly these people deserve better. Rasoulof (A Man of Integrity), despite being one of Iran’s greatest living filmmakers, is banned from making feature films, hence this film’s structure: four short moral tales, seamed together for export. It works powerfully. And if it keeps Rasoulof safe, more power to him.