Streaming: A Tale of Springtime 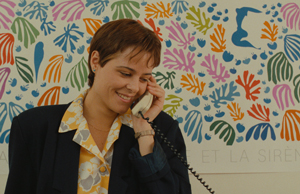 Ticket Package
The entire series is also available as a bundle with a discounted rental fee.
Learn more

Spring is a time for transformation—but one must be set free from one’s moorings. A philosophy teacher, Jeanne, has two apartments but can’t stay in either one; she lives in her thoughts, in any case. Invited to stay with a piano student, Natacha, who lives in the house and shadow of her still young and sexy father, she becomes enmeshed as Natacha works out her father complex. But Freud is never the operating philosopher in a Rohmer film. Rather, Kant’s Critique of Pure Reason (which Jeanne happens to carry with her) suggests the role the imagination plays in making reality. A mystery (or McGuffin) involving a missing necklace, and Plato’s ring of Gyges that makes people invisible, are equally fantasies by which people live and learn to trust.

PART OF THE SERIES: Streaming: Éric Rohmer’s Tales of the Four Seasons