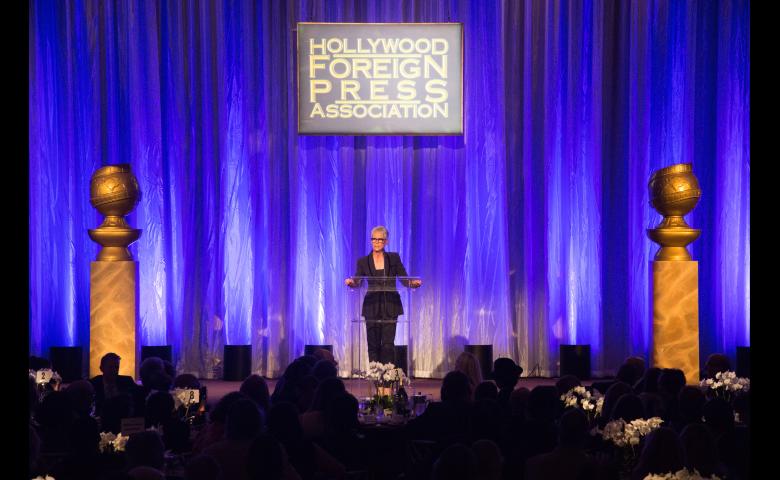 BAMPFA is delighted to announce that, thanks to a grant of $20,000 from the Hollywood Foreign Press Association (HFPA), we will be hosting a seventh season of our popular series Afterimage: Filmmakers and Critics in Conversation, which pairs internationally renowned film directors with leading film critics, scholars, and writers. The format of public conversation and retrospectives has been particularly successful in fulfilling BAMPFA’s mission, which is to inspire the imagination and ignite critical dialog through art and film. Filmmakers whose works have been showcased in past years have included: James Ivory, Agnès Varda, Patricio Guzmán, Nino Kirtadze, Kelly Reichardt, Kidlat Tahimik, and the late Michael Glawogger.

In the upcoming seventh season of Afterimage you can expect to see this format used to feature a diverse selection of distinguished international guests, representing the broad scope of contemporary world cinema in a variety of forms — narrative, documentary, avant-garde, as well as hybrid mixtures. It is sizing up to be our greatest season yet!

The awards ceremony was hosted by Jamie Lee Curtis, who spoke of international cinema and the arts as unifying experiences and opportunities for collaboration: “This is the greatest example of the world, the global us, the diversity . . . this beautiful coalition of people of different countries and colors and religions and backgrounds coming together and doing something incredibly powerful. That kind of good-doing is what makes [this business] great, and what makes the HFPA singular in their generosity of spirit.”

We are grateful to the HFPA Charitable Fund, the key supporter of our Afterimage programs. We value this continued partnership to promote our shared goal of education through the arts.

As Lorenzo Soria, the president of HFPA, said, “we live in difficult, complicated, and divisive times, but we should not and we will not despair, for the arts bring us relief and understanding, they bring us light and hope, they bring us joy and wonder, and they can unite us.”