Reverberations: Pamela Z on Defying or Surrendering to the Space 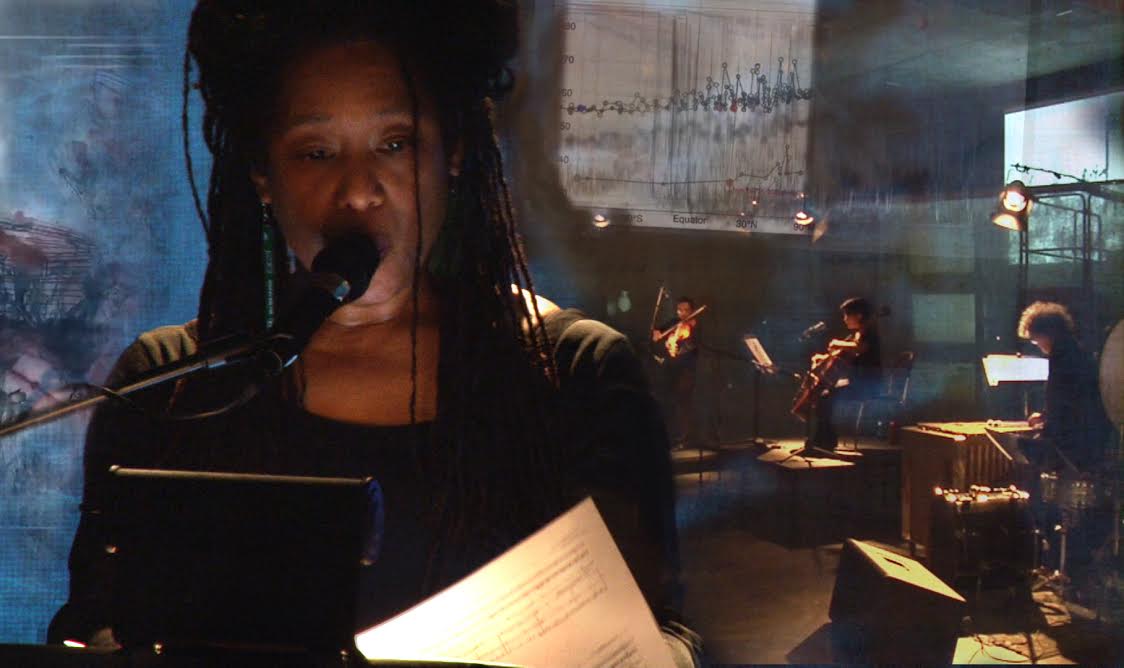 My first experience with the Berkeley Art Museum and Pacific Film Archive was performing in an ensemble assembled by Amy X Neuburg and Susan Alexjander in a score they composed for AXIS Dance in the early 1990s. It was a delight to bounce our voices off the concrete surfaces as we spiraled in sonic procession ascending the jutting balconies while the AXIS company circled and spun on the gallery floor below.

In the years that followed, I took in much extraordinary art that was made even more startling, more engaging, or more moving by being presented in the context of that enormous space with its impressive structure and challenging acoustics. I remember the arresting vision of Jonathan Borofsky’s chattering and hammering man towering over Gallery B, as well as many other big visual works that felt somehow even bigger in the context of that space. I saw so many contemporary composers, sound artists, choreographers, directors, and performance artists inhabit the space with fiercely site-specific performances that defied or surrendered to the imposing Brutalist architecture. Whether it was Carl Stone’s hyper-spatialized music, Ellen Fullman’s very long-stringed instrument, Anna Halprin’s visceral immersive performance, or John Sanborn’s “Musicircus”-esque multimedia extravaganza, I always felt fully enthralled, filled-up, and inspired by the experience of engaging with work in that space. 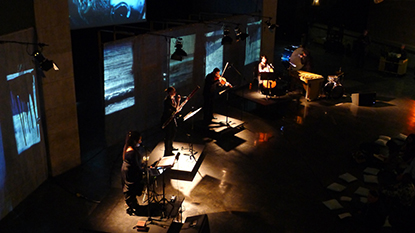 I would typically leave those events at BAM/PFA all fired up with ideas and dying to make some work of my own for the venue. I finally got my chance in spring of 2013, when Sarah Cahill so graciously included Carbon Song Cycle in her L@TE series. The work was a collaboration with video artist Christina McPhee, who used the walls and surfaces of the building as a grand canvas for her projected images. Although the acoustics of the space were a tremendous challenge for the music, which I composed for a chamber ensemble of acoustic instruments and my voice and electronics, I still consider that BAM/PFA premiere to be, in many ways, the most effective performance of the work that we ever gave. A lot of language and articulation was lost in the very live, very wet sound of the room, but Christina’s visuals never looked more stunning. We actually conceived of the project with that space in mind and, in my opinion, the way the image filled the space, surrounded the ensemble and audience, and intermingled with the reverberant sound created an effect that has been unrepeatable in any other venue. 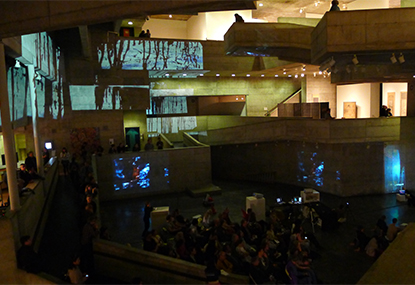 It makes me sad to see that remarkable building’s era come to an end. If given the chance, I’d create another piece for the space—this time engaging its reverberant acoustic head-on! But I feel tremendously fortunate to have had the opportunity to make work and experience so much great work there.

See the video of the complete performance of Carbon Song Cycle here.