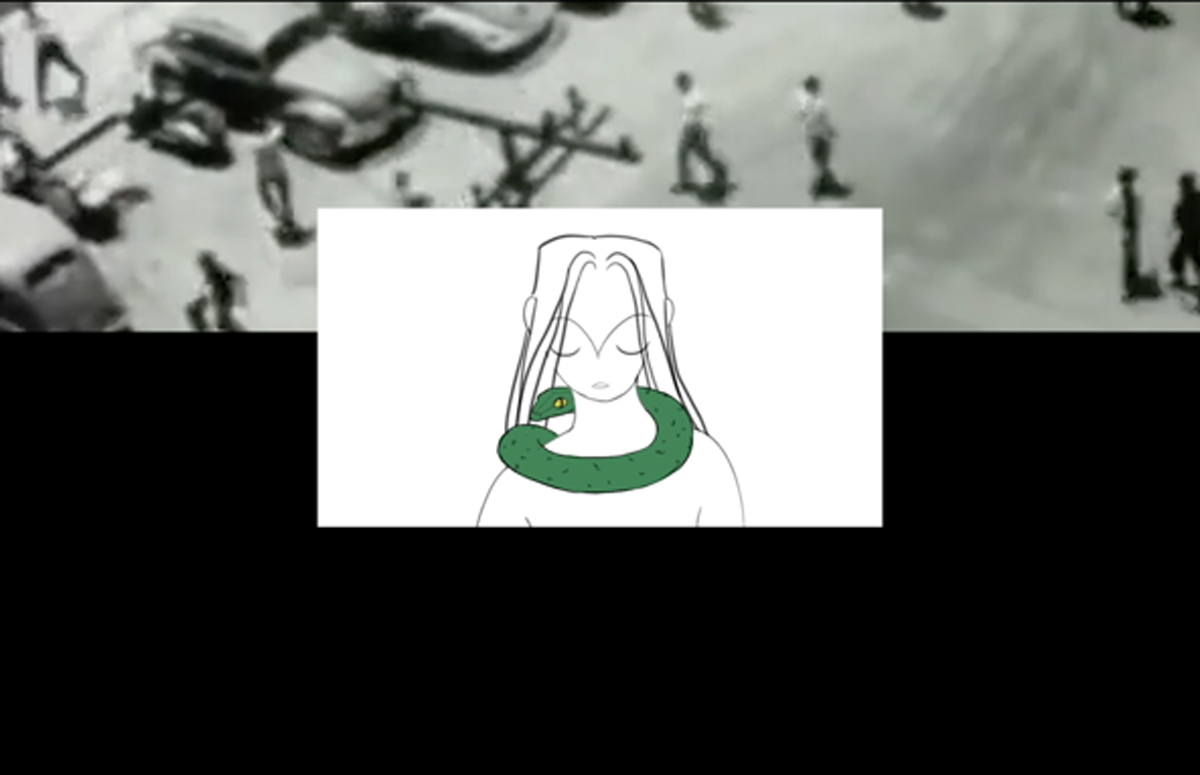 Ato falho (faulty act) is a slip of the tongue, or unintended action, hypothetically provoked by the subconscious. Through the ato falho, the repressed motive or intention is revealed. No gesture, thought or spoken word happens accidentally.

Bio: Valentina Miranda Di Castri, born and raised in São Paulo, Brazil, is an experimental animator and writer. Her work centers around personal and collective memory, the poetry of happenstance and revisiting histories. As an undergrad student living in the Bay Area, she is particularly interested in national/ethnic identities and how they shift depending on where we are. 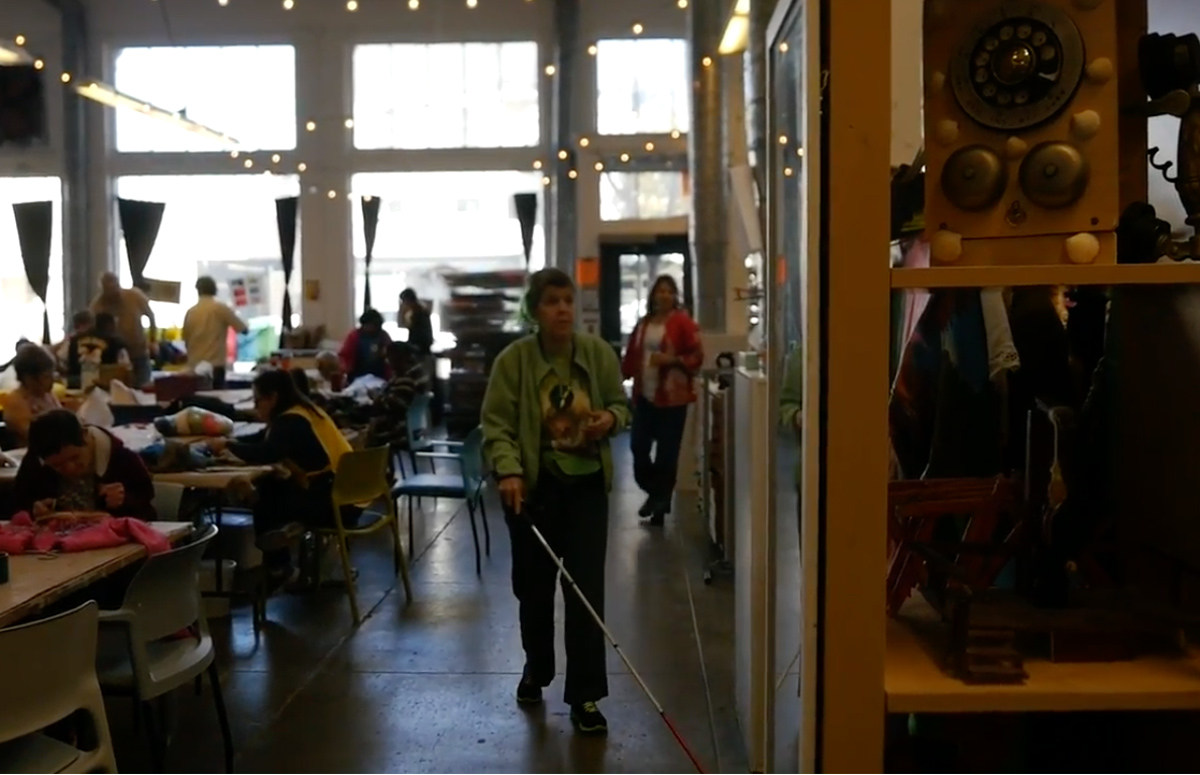 Monica Valentine is an accomplished artist whose beaded sculptures have been sold by Anthropologie, Nordstrom, Barneys New York, and displayed internationally. However, Monica is not a typical artist. She is blind and developmentally disabled. Monica's story of expressing herself through art at Creative Growth is a testimony to human capacity and drive when afforded the right opportunities. Created by Elena Mateus at the University of California, Berkeley in 2018 as part of Campus MovieFest, the world’s largest student film festival. Accepted into the Cannes Court Métrage at the Cannes Film Festival in 2019.

Bio: Elena Mateus is a third-year at UC Berkeley pursuing a Bachelor's in Media Studies with a minor in Journalism. Her work is a reflection of her aim to uplift narratives that are left out of mainstream media. She is a volunteer news editor for San Quentin News within San Quentin State Prison and she is an evening news producer for KALX 90.7fm. When she is not producing news or films, she likes to get tackled with her friends on the Cal Women’s Rugby team. 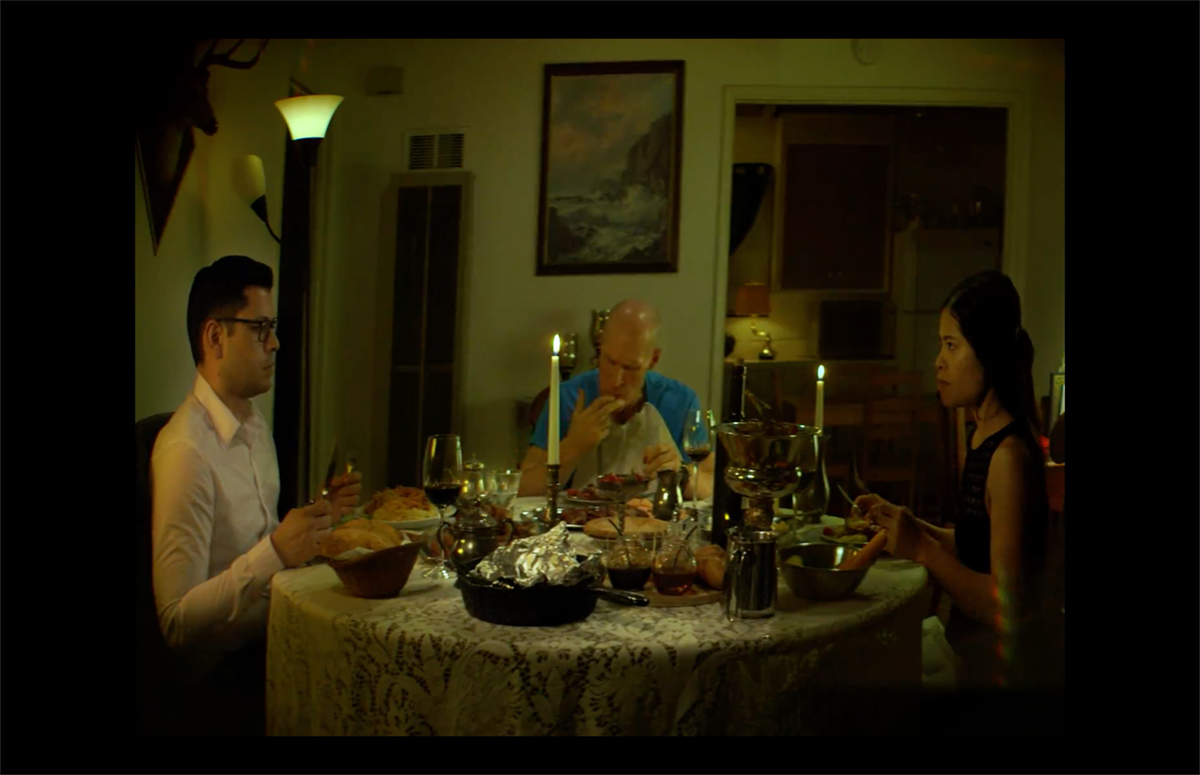 Tensions run high in a lustful love-triangle over the course of a mystical dinner. Arachnoid was made with the participation of students from the film studies program at Cal, as well as industry professionals from AFI and Berkeley School of Music graduate programs. The film has received Best Actress Award from Grizzly Film Festival and Best Student Film Award from Indie Short Fest in Los Angeles.

Bio: I am a self-taught filmmaker with a great appreciation for the horror genre. Classics like The Exorcist and Alien revealed to me stories that explore darker themes with universal messages. Modern films like The Witch and The Conjuring series continue to inspire me with their imagination and attention to craft and detail. While learning filmmaking by making my own films and commercial videos, I look up to my role-models for inspiration in creating worlds and characters. 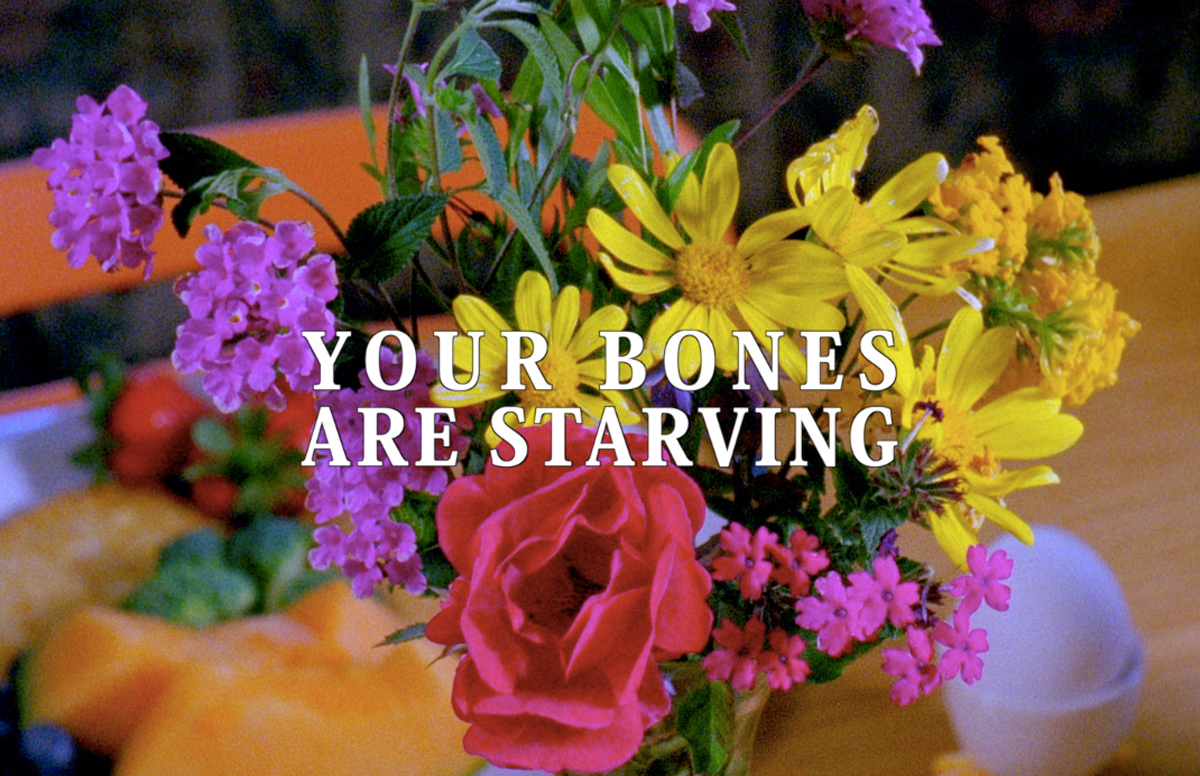 Your Bones Are Starving

Your Bones Are Starving interrogates how breakfast behaves within traditional American values. Audio from archived breakfast commercials and PSAs convey the indoctrinating nature of media and its ability to affect change. The confident voices of capitalist entertainment give an assured sound to the clean imagery of a fully prepared breakfast which finds itself juxtaposed against the same food in rather unusual, altered, or manipulated conditions. Shot on Kodak 16mm!

Bio: Growing up in Burbank, California, Sam Chew enjoyed making short movies with friends around town. Currently a junior at UC Berkeley, studying media and practicing art, Sam hopes to continue developing his skills with work that investigates processes of transformation, and is pursuing a creative career in the entertainment industry. 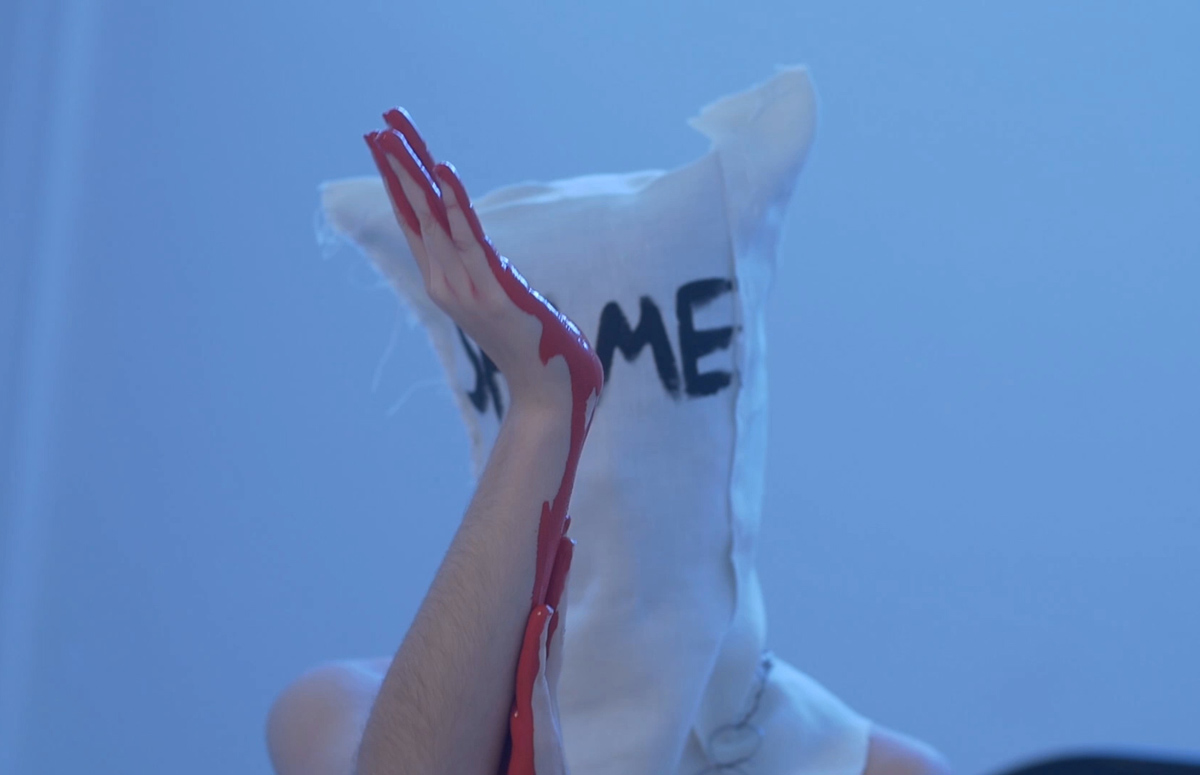 Shame Ritual #1 explores colonization and Catholicism as some of the causes of queerphobia in Latin America, which in present days is one of the most dangerous parts of the planet for queer folk, having Brazil as the country that kills most transgender people in the world. This video performance interprets how the Catholic ideology of shame, disseminated by the Portuguese and the Spaniards in the 1500, still affects present day Latin American lives contributing to internalized queerphobia.

Bio: Clara Merçon was born and raised in Niterói, Brazil, and is now an artist and college student based in Oakland, CA, getting her BFA as an Individualized major at California College of the Arts. She is a multimedia artist mixing film, sculpture and performance, exploring themes such as LGBTQ+ struggles, Latinx identity, historical Brazilian memory an womanhood. 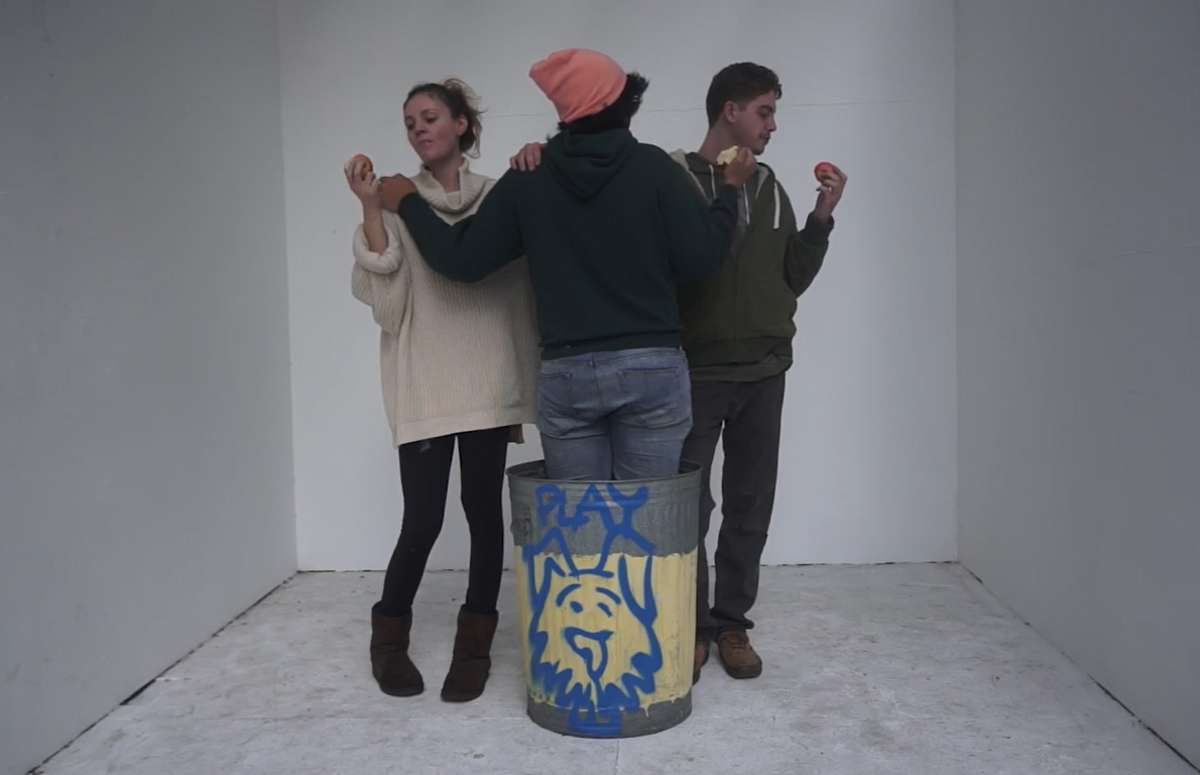 Film Description: This film explores our relationship with food by deliberately creating imageries that make the simple notion of eating seems uncomfortable to watch: the film is a series of visual imageries that are deliberately “out-of-place” to convey the absurdity of complacency towards normality through an exploration of our relationship with food.

Bio: I’m cute, I’m gorgeous, I have debilitating anxiety. Follow my Instagram: @benconggggg and check out my website. I could write a normal bio but that would be boring and would not stand out. If you like my film you should venmo me @irvin-alhamdaputra okurr support queer artist of color sishtur. You should come to my honors show! April 17th @ Worth Ryder Gallery. K that’s all byeeeeeeeee~ 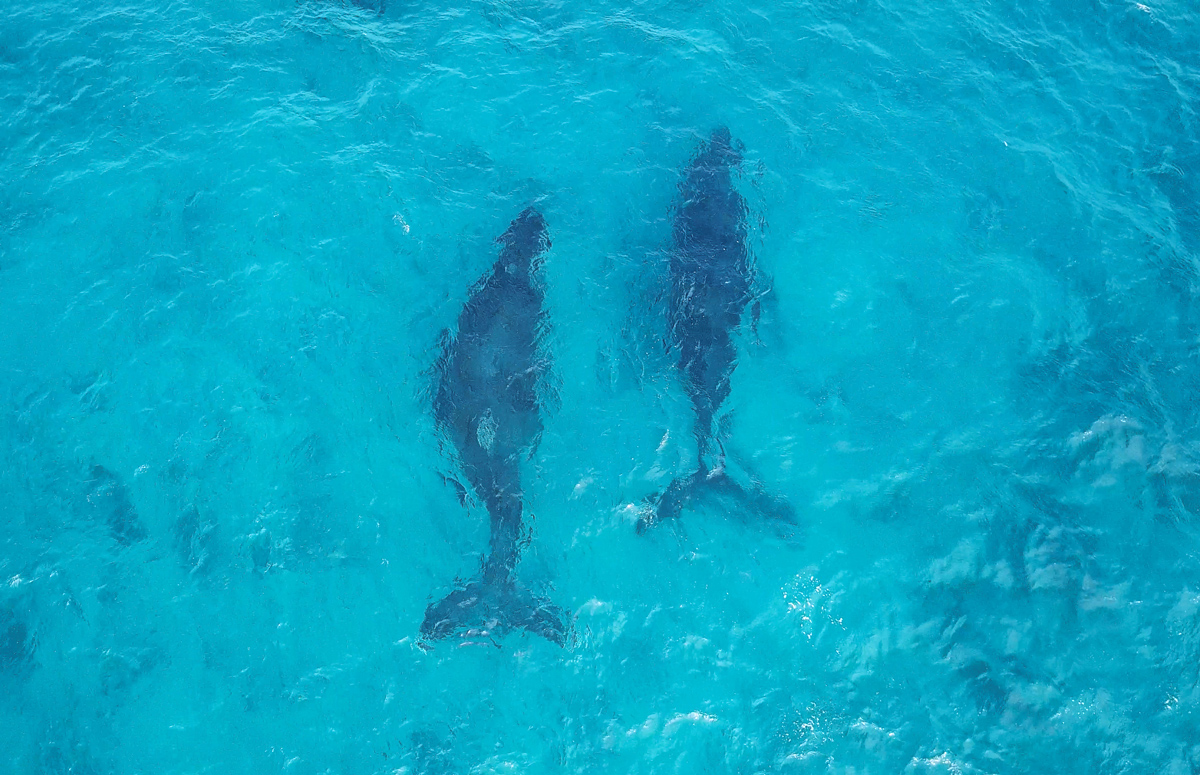 Back To The Sea

Aunofo Havea was scared of the ocean as a child growing up in the island nation of Tonga, fearing sharks and the whales that her father hunted to support the family. Today, she is the first female licensed captain in Polynesia and a well-known Tongan seafarer, trailblazing a place for women in the maritime industry and revolutionizing how the Tongan people interact with the whales.

Bio: Jack Gordon is a documentary filmmaker from Massachusetts and a student at the University of California, Berkeley. He is the director and producer of the short documentary The Ocean Knows No Borders (2019) and the feature documentary A Century of Tabor Rowing (2018). 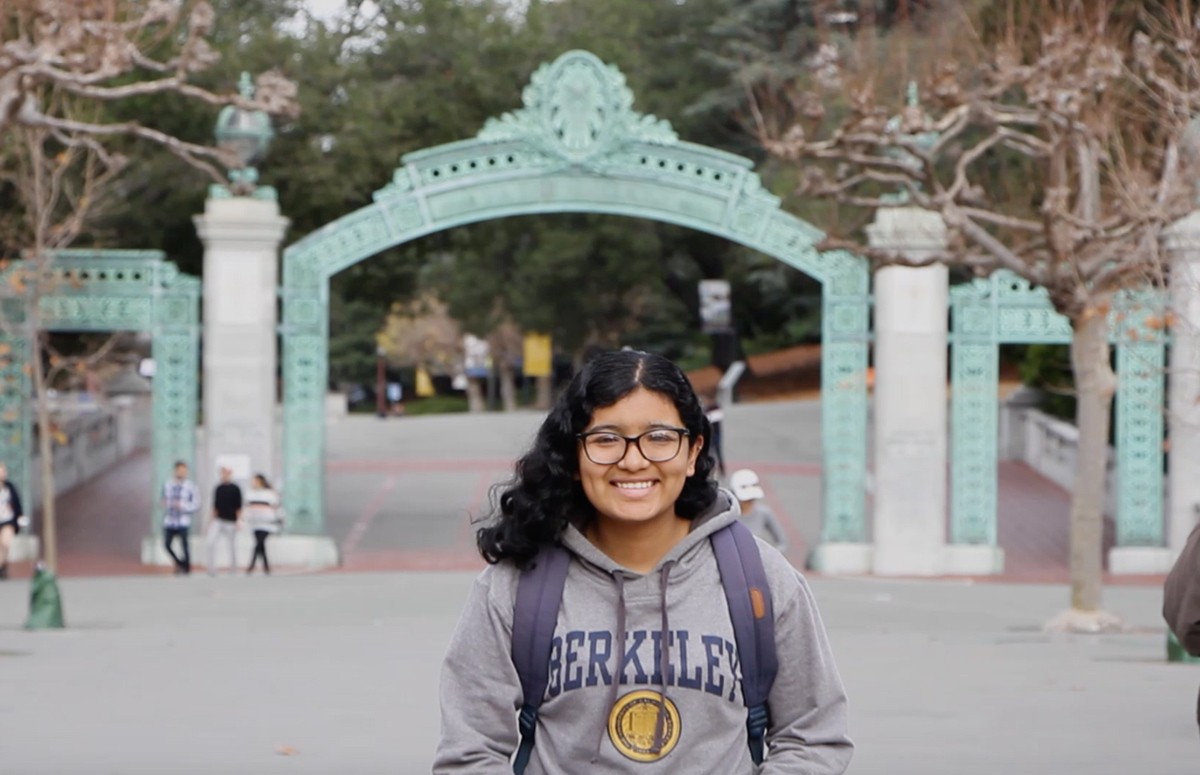 Film Description: A group of undocumented students searching for affordable housing collectively gathered their resources to rent an apartment since the University of California, Berkeley was not providing any support for them. This student-run home, named Casa Sin Fronteras, serves as a sanctuary for undocumented students and has existed for eight years. But, with little to no support from the University, they are in the process of losing their sanctuary.

Bio: Javier Lopez Quintana is an award-winning filmmaker, activist, and political science major at UC, Berkeley. His short film The Perfect Immigrant won the Jury’s Choice Award for UC Berkeley’s Campus Movie Fest in 2017. Quintana’s work reflects his experiences as an immigrant and the world he wants to exist. 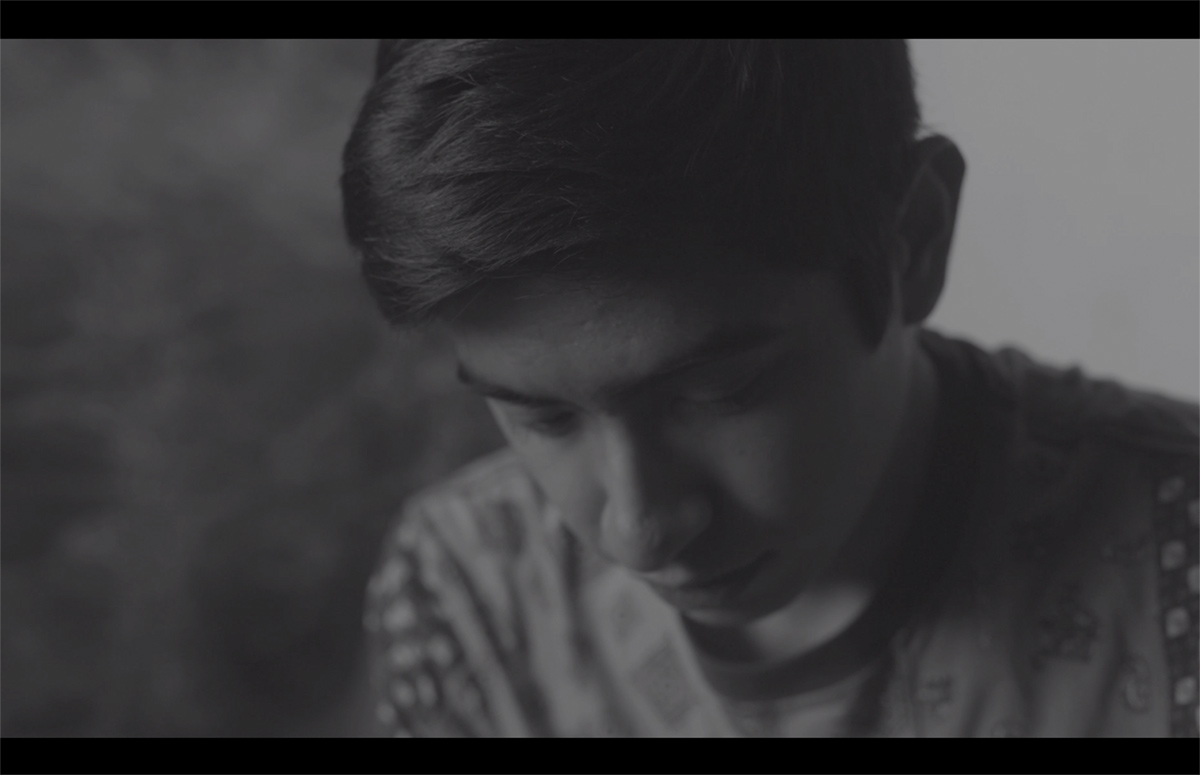 Two friends find themselves drifting apart. One of them is more affected by the fading friendship. Giselle’s absence forces Ryan to rely on their memories together. 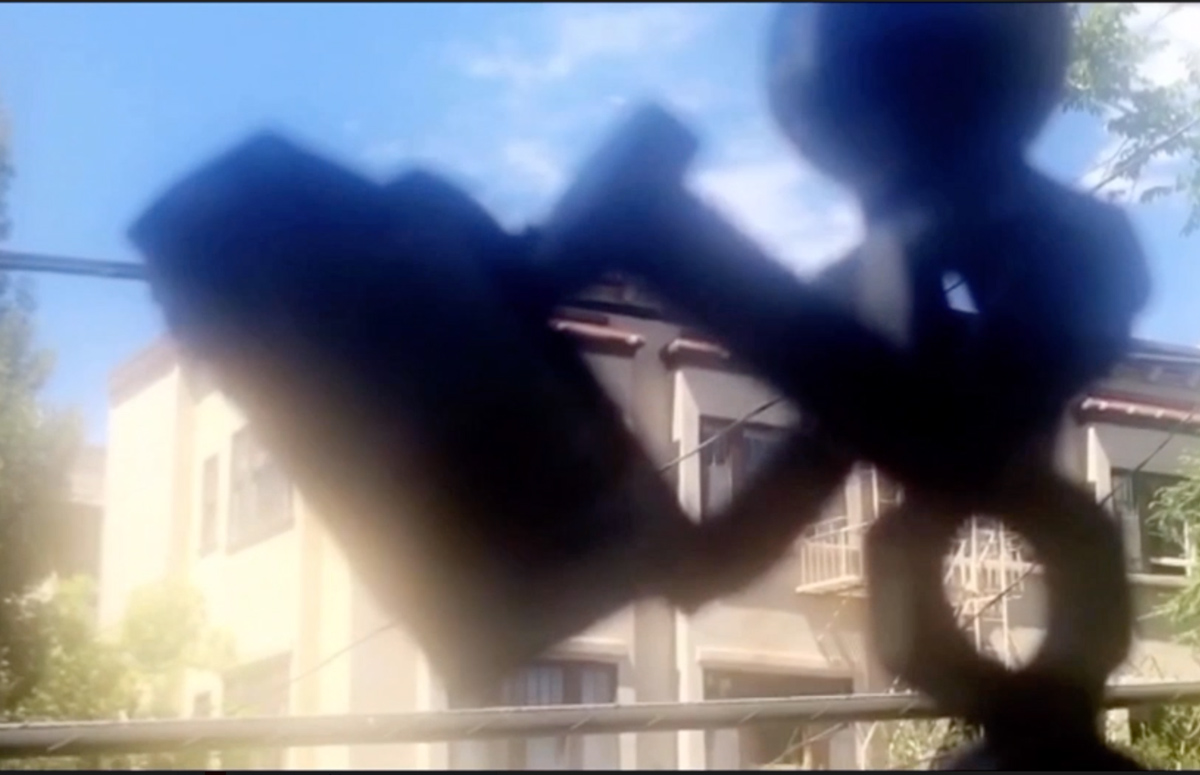 Your Loyalties, The Stranger Who Mistook Me For Himself

“Your loyalties will reward you.” Does this vague promise apply to the non-human world with which you surround yourself? Your go-to meals, your room-bound pets, your bedside table, your smart phone that you depend so much on — they all know you so especially well. If you live your life repetitively around these loyalties, will they eventually reward you?

Recently, my iPhone camera has been having some strange feelings and experiencing some odd changes in perception. I'm not sure how to effectively describe the peculiarity other than to show it. I've tried adapting to what it wants, to help it better express itself. Now that I've started, it seems I've become close with a stranger. 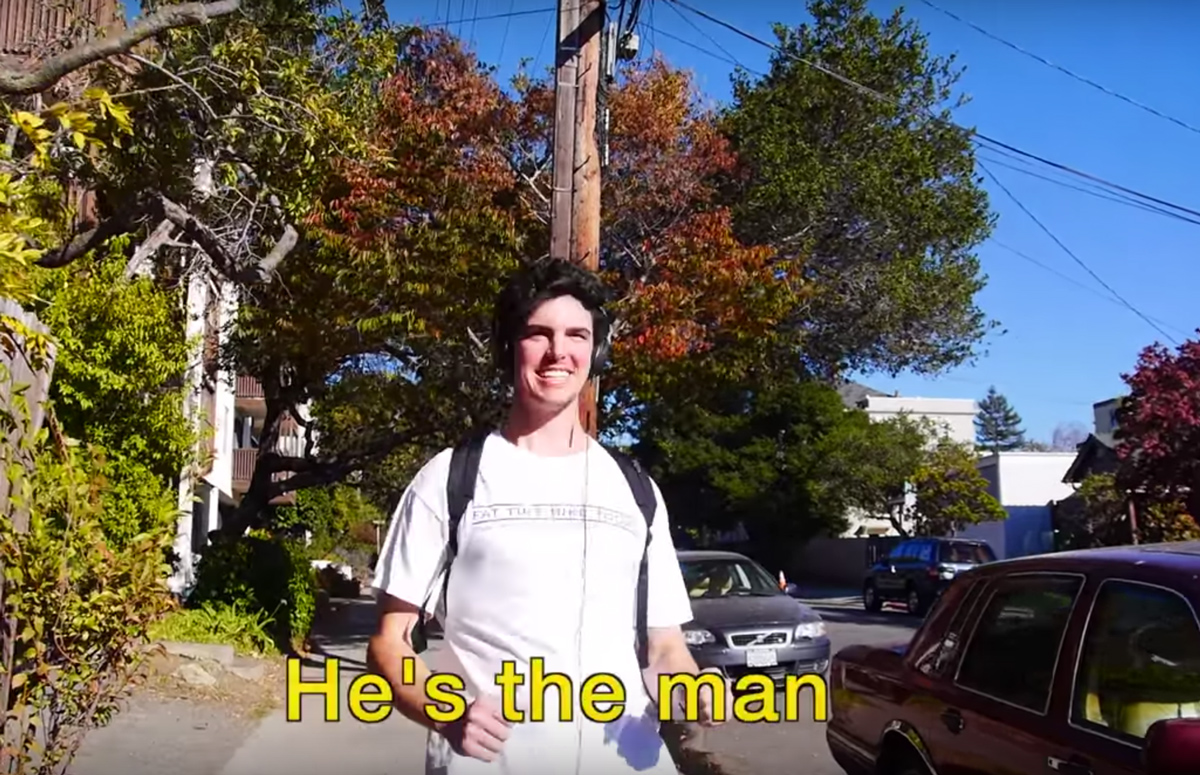 Sam starts his day with his trusty headphones. His walk to school becomes an obscure, comedic musical journey.

Bio: Sam Headphones is the baby of the on-campus troupe TBD improv and sketch comedy. We have shows about once a month - more information about us can be found on our facebook page TBD Comedy. Originally submitted for Campus Movie Fest in the fall, Sam Headphones won a Jury Award and is being sent to Cannes through the CMF Short Film Corner. 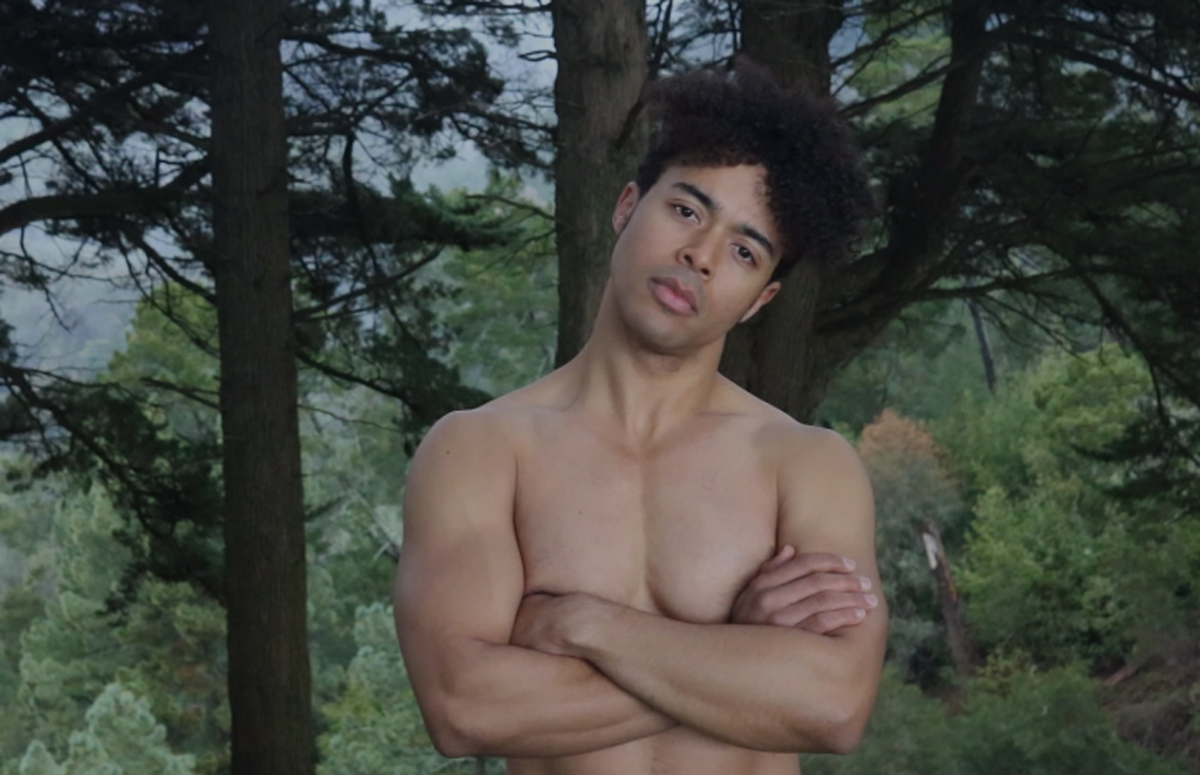 Flow With It is an exploratory contemporary dance short, inspired by the idea - everything we do is a dance. Flexibly directed and composed almost entirely of first takes, Flow With It captures the joy and spontaneity in movement as it is experienced live. Sharing stories which stretch our perception of the word dance, this film challenges us to reconsider the role and definition of dance in our own lives.

Bio: Gilad Barach is a new filmmaker, fascinated and passionate about the possibility of film as a medium. In addition to studying Comparative Literature and Near Eastern Studies and teaching second graders, he sometimes borrows cameras from friends to make films. He is truly thrilled to screen his second film and would like to thank everyone who participated in the process. 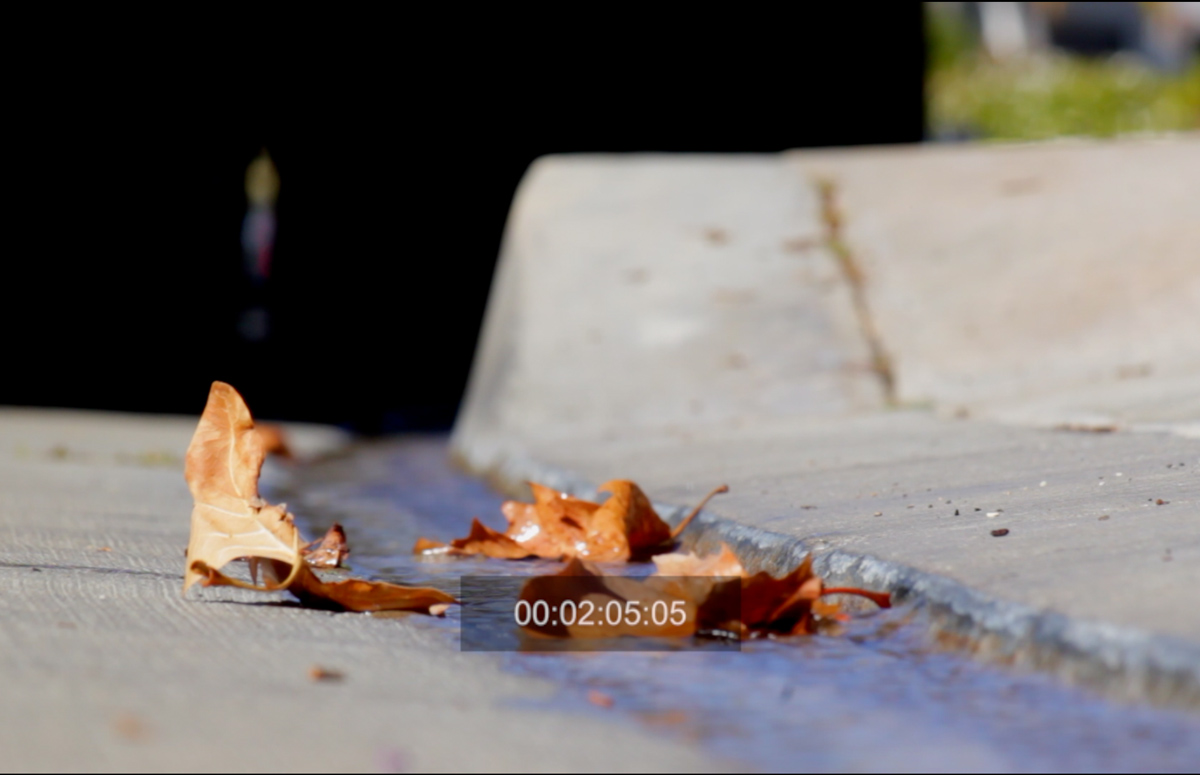 My main influences for The Drought were the films of James Benning, Kurt Kren, and Tomonari Nishikawa. I was heavily attracted to the concept of time, and the audience’s experience of it. Water and its cyclical nature resemble that of the human experience of time and the anxiety surrounding it. What will happen when it’s all out? This is the inevitable question we ask ourselves when facing a drought.

Bio: I am a 20-year-old junior transfer film studies student at Cal. I came to UC Berkeley to get out of my So-Cal headspace and understand film theory from a new perspective. I am currently working to develop my style as a director, and am learning to make films solely on my own. I am at the moment extremely drawn to the avant-garde cinema.