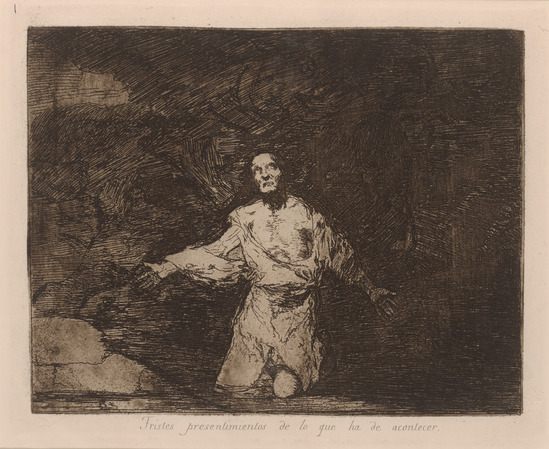 (Berkeley, CA) February 20, 2018—The UC Berkeley Art Museum and Pacific Film Archive (BAMPFA) presents a new exhibition that explores one of the most enduring and controversial themes in Western art history: the depiction of physical suffering. Agony in Effigy: Art, Truth, Pain, and the Body assembles nearly seventy-five major works from BAMPFA’s encyclopedic collection to explore how violence and torture have been depicted in Western art from the fifteenth century to the present. From images of martyrdom in early Christian art to contemporary portraits of Abu Ghraib prisoners, the exhibition traces aesthetic and thematic relationships between representations of pain throughout the Western art historical canon.

Beginning with medieval works that portray the transcendental promise of bodily violence, Agony and Effigy invites viewers to consider what the German art historian Aby Warburg described as the pathos formula—which considers the language of gestures in visual art—and how this relates to depictions of pain and agony. This theme is illustrated by early religious prints such as Hans Baldung Grien’s Christ and the Instruments of the Passion (1517) and Jusepe Ribera’s St. Jerome Receiving the Stigmata (1620) as well as later works like the early nineteenth-century drawing Death of Camille, Sister of Horace, attributed to the school of Jacques Louis David.

A centerpiece of the exhibition is a selection from Francisco Goya’s The Disasters of War, a rarely exhibited series of prints made between 1810 and 1820 that ranks among the foremost works of BAMPFA’s European art holdings. These works contrast with more contemporary images of suffering, such as Colombian artist Fernando Botero’s Abu Ghraib series that the artist donated to BAMPFA in 2009. Other notable works include Death March (1944), a formerly lost painting by the American social realist artist Sylvia Ludins that was rediscovered in a Berkeley garage in 2015.

“These depictions of violence from across historical eras provoke viewers to consider the dangers of aestheticizing horror, the seductive poetics of fascism, and the imaginative sources of terror in each of our lives,” said BAMPFA Senior Adjunct Curator Philippe Pirotte, who organized Agony in Effigy. “In these tumultuous times, when anxieties about religious and political violence have returned to the center of our public discourse, the exhibition offers meaningful historical context for how representations of suffering have shaped our visual culture for centuries.”

In conjunction with the opening of Agony and Effigy, Pirotte appears at BAMPFA in conversation with UC Berkeley Professor of German and Comparative Literature Niklaus Largier on Wednesday, February 22 at 6 p.m. Pirotte also presents a curator’s talk on the topic of bodily suffering in Western art on Thursday, February 23 at 12 p.m. On Friday, April 13 at 12 p.m., BAMPFA hosts a gallery talk by UC Berkeley Professor of Art History Todd Olson on the topic of female violence in Western art.