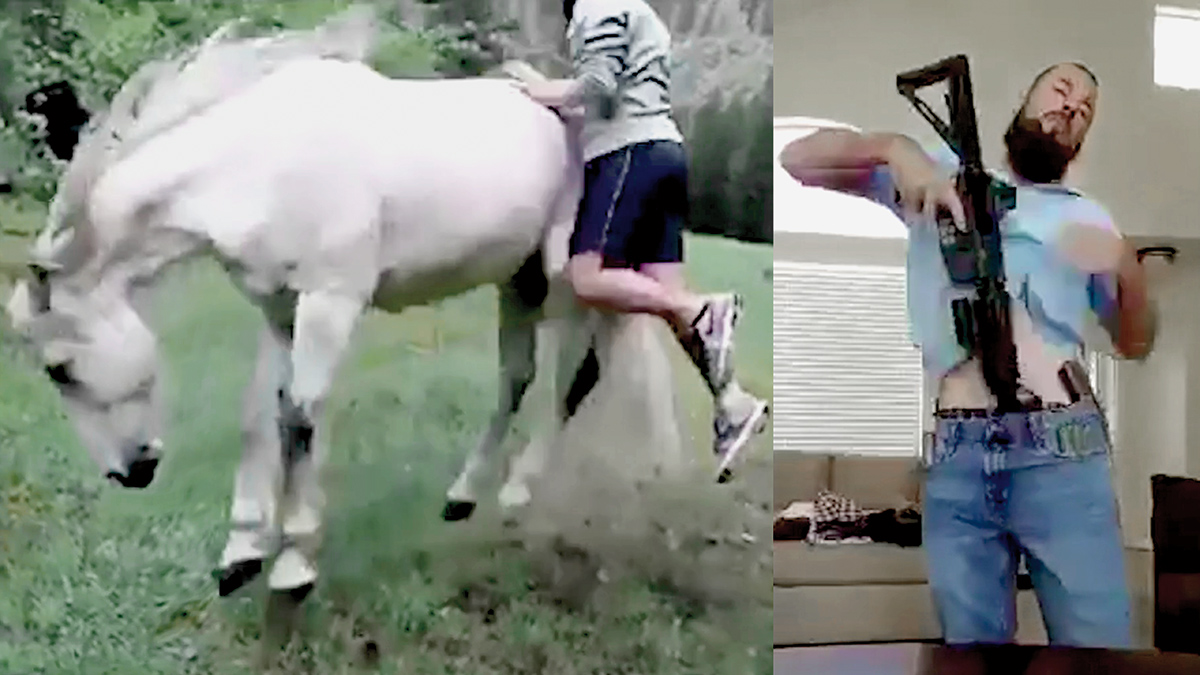 (Berkeley, CA) November 9, 2018—Two years ago, the artist and filmmaker Arthur Jafa debuted the seven-minute video installation Love Is The Message, The Message Is Death, a transcendent portrait of African American experience assembled from found sources and footage he shot that was presented internationally to wide acclaim. Next month, the UC Berkeley Art Museum and Pacific Film Archive (BAMPFA) presents a new exhibition of Jafa’s work, marking one of the artist’s first major solo museum exhibitions since the premiere of his 2016 breakthrough work. Arthur Jafa / MATRIX 272 features the debut of The White Album, a new video installation commissioned by BAMPFA that follows Love Is The Message—this time focusing on the complex subject of white identity in contemporary America.

The latest installment in BAMPFA’s MATRIX Program for Contemporary Art, Arthur Jafa / MATRIX 272 encompasses both a gallery installation and a screening program. The exhibition centers on Jafa’s new BAMPFA-commissioned work, The White Album, an approximately forty-minute video projection that exists in dialogue with his earlier project and employs a similar style of found-footage montage. Drawing on such eclectic sources as cable news broadcasts, historical archives, music videos, and YouTube clips, Jafa assembles audiovisual collages of stirring emotional weight that examine the complicated and often painful history of race relations and identity in the United States. In Love Is The Message, videos of police shootings and civil rights protests are juxtaposed with iconic images of African American culture and achievement—from Obama singing “Amazing Grace” to Stephen Curry making a behind-the-back pass—set to the gospel-inspired lyrics of Kanye West’s “Ultralight Beam.” With The White Album, Jafa uses a similar formal approach to explore white identity, weaving together Internet testimonials, broadcast clips, music videos, and amateur home videos to form an audiovisual tapestry that offers an unsparing portrait of whiteness in contemporary America.

Over the last three decades Jafa has built a distinguished career as a film director, editor, and cinematographer, whose past projects include collaborations with Julie Dash, Spike Lee, and Stanley Kubrick among others. With a career that spans both art and film, Jafa has worked to create what he describes as “black cinema with the power, beauty, and alienation of black music.” In addition to the gallery installation, his MATRIX exhibition includes screenings in BAMPFA’s Barbro Osher Theater of works that Jafa has made over the past decade, presented alongside films and videos he has selected made by others. On Wednesday, February 27 at 7 p.m., Jafa appears in conversation with UC Berkeley Professor Leigh Raiford for a screening of his 2014 work Dreams Are Colder Than Death, a documentary that incorporates interviews with black artists, poets, and scholars. The following evening, Jafa is joined in conversation by the writer and musician Greg Tate for Affective Proximity, a program of films and YouTube videos that explore African American life and culture. Tickets for these screenings can be purchased in person or at bampfa.org.

Reflecting Jafa’s interest in found images and poetic collage, Arthur Jafa / MATRIX 272 includes a display of notebooks that the artist has been assembling since the 1980s, offering a rare insight into his singular approach. Jafa inaugurates the exhibition in person on Wednesday, December 12 at 6 p.m., when he is joined in conversation at BAMPFA by UC Berkeley Professor Stephen Best to discuss the artist’s shift between the worlds of art and film, the political resonance of his recent work, and the turn toward “Afropessimism” in black discourse. The conversation is free with museum admission.

“With Love Is The Message, The Message Is Death, Arthur Jafa created one of the most significant artistic statements on American race relations in the last two years,” said Apsara DiQuinzio, BAMPFA’s curator of modern and contemporary art and Phyllis C. Wattis MATRIX Curator. “It’s an honor to commission a new work from Jafa that continues his exploration of this difficult subject from a different angle.”

“With his recent work Arthur Jafa continues to offer profound responses to ongoing societal convulsions in the United States,” said Associate Film Curator Kate MacKay, who co-curated the exhibition and film program with DiQuinzio. “As an institution dedicated to the belief that art and film can contribute to our civic discourse, BAMPFA is thrilled to show an artist and filmmaker whose work does precisely that.”

Born in Tupelo, Mississippi in 1960, Arthur Jafa studied architecture and film at Howard University. With Elissa Blount Moorhead and Malik Hassan Sayeed, Jafa is a member of TNEG, a motion picture studio committed to the expansion of black cinema. He has had solo exhibitions at institutions such as the Pérez Art Museum, Miami; the Museum of Contemporary Art, Denver; the Institute of Contemporary Art, Boston; the Serpentine Gallery, London; and the Museum of Contemporary Art, Detroit. He was featured in group shows at the Stedelijk Museum Amsterdam; the Dallas Museum of Art; the Hirshhorn Museum and Sculpture Garden, Washington, DC; the Met Breuer, New York; the Hammer Museum, Los Angeles; and the Whitney Museum of American Art, New York. Jafa has screened his films internationally, including at the San Francisco Museum of Modern Art; the Park Avenue Armory, New York; Performa 17, New York; the International Center of Photography, New York; the Museum of Contemporary African Diaspora Art, New York; the Aurora Picture Show, Houston; and the 52nd New York Film Festival. He was awarded the Herb Alpert Award in 2018 and the Paul Robeson Award in 2017. He won Best Documentary at the Black Star Film Festival in 2015 for Dreams Are Colder Than Death, and the Cinematography Award at the Sundance Film Festival in 1992 for Daughters of the Dust (dir. Julie Dash). Jafa has directed many films, including Sharifa Walks (2015), New Soul Rebel: Adrian Younge (codirected with Malik Hassan Sayeed, 2015), Deshotten 1.0 (codirected with Sayeed, 2009), Black Millenium (2000), Corner (2000), Yellowjacket (2000), Tree (1999), Smile (1996), Slowly This (1995), and Considerations (1983). Jafa lives and works in Los Angeles and is represented by Gavin Brown’s enterprise.

MATRIX, a changing series of contemporary art exhibitions, introduces the Bay Area community to exceptional work being made internationally, nationally, and locally, creating a rich connection to the current dialogues on contemporary art and demonstrating that the art of this moment is vital, dynamic, and often challenging. Confronting traditional practices of display and encouraging new, open modes of artistic creation, MATRIX provides an experimental framework for an active interchange between the artist, the museum, and the viewer.

MATRIX was created at the Wadsworth Atheneum in 1974 by then-director James Elliot as an experimental pilot project, supported by a grant from the National Endowment for the Arts. When Elliot became the director at BAMPFA in 1978, he introduced the program to the Bay Area. The series has since presented more than 250 exhibitions at BAMPFA. The MATRIX program has served as a leading model for contemporary exhibition practices, inspiring museums across the country to develop project series of their own, under different names, that spotlight leading contemporary artists.

Arthur Jafa / MATRIX 272 is co-organized by Apsara DiQuinzio, curator of modern and contemporary art and Phyllis C. Wattis MATRIX Curator, and Kate MacKay, associate film curator, with Matthew Coleman, curatorial assistant. The MATRIX Program is made possible by a generous endowment gift from Phyllis C. Wattis and the continued support of the BAMPFA Trustees. Additional support provided by Meyer Sound. The screenings in the Barbro Osher Theater are presented with support from the National Endowment for the Arts.