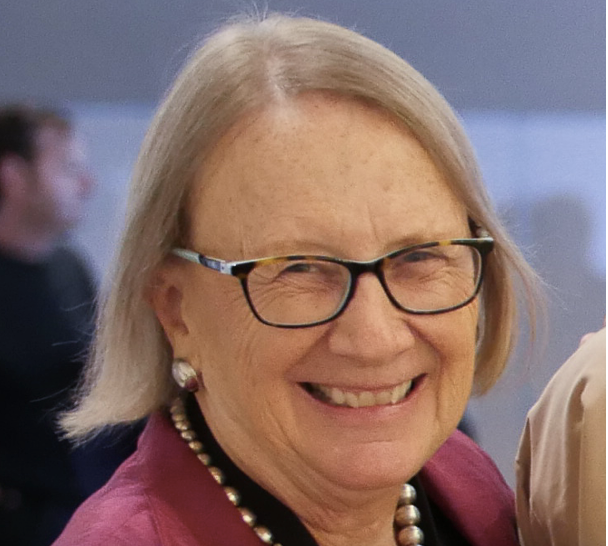 (Berkeley, CA) January 13, 2022—The UC Berkeley Art Museum and Pacific Film Archive announced today the retirement of Julia White, who has held the position of senior curator for Asian art at the museum for the past fifteen years. White will step down from her position effective January 29. A search for her successor will begin later this year.

“BAMPFA has long been recognized for the strength of our Asian art holdings—especially our collection of historical Chinese paintings—and under Julia White’s outstanding curatorial supervision, this important institutional resource has been brought to life in new and engaging ways,” said BAMPFA Director Julie Rodrigues Widholm. “We’re deeply grateful to Julia for her service to the museum, where she has produced groundbreaking scholarship, launched new partnerships, and curated magnificent exhibitions—many of which have garnered well-deserved international acclaim.”

As the inaugural senior curator for Asian art, White has supervised the exhibition and stewardship of BAMPFA’s Asian art holdings, a cornerstone of the museum’s 28,000-work art collection. Under White’s leadership, BAMPFA’s Asian art collection has grown substantially, including highly significant acquisitions in the areas of Chinese and Japanese painting and calligraphy. To make this collection more accessible to scholars and the general public, White oversaw the 2016 launch of the James Cahill Asian Art Study Center, named for the late UC Berkeley professor and influential Asian art collector whose donations form the core of BAMPFA’s Asian art holdings. White also expanded the museum’s Asian art program by securing a long-term loan of Himalayan and South Asian art from a private collection, which has been the focus of a dedicated gallery space in the museum since 2016.

Throughout her time at BAMPFA, White has activated the museum’s Asian art collection by curating celebrated exhibitions that have illuminated centuries of Asian artistic traditions and made them accessible to contemporary audiences. White served as the organizing curator on nearly two dozen exhibitions during her tenure at BAMPFA, including several large-scale projects that have secured national and international press coverage. Some of the most notable exhibitions curated by White include Mahjong: Contemporary Chinese Art from the Sigg Collection (2008–09),co-curated with Lucinda Barnes, the first major North American exhibition of work from one of the world’s leading Chinese contemporary art collections; Beauty Revealed: Images of Women in Qing Dynasty Chinese Painting (2013), one of the first exhibitions to focus on the portrayal of women in Qing-era Chinese painting; Repentant Monk: Illusion and Disillusion in the Art of Chen Hongshou (2016–17), the first-ever survey of work by the influential seventeenth-century Chinese painter, which featured rare paintings from the Shanghai Museum that had never before been exhibited in North America; Hinges: Sakaki Hyakusen and the Birth of Nanga Painting (2018–19), an exhibition of Japanese screens and paintings that explored the relationship between the Chinese literati painting tradition and the emergence of the Nanga school of painting in Japan; and the current exhibition Beyond Boundaries: Buddhist Art of Gandhara (2020-22), the first substantial US presentation in more than a decade of art from the Gandharan civilization. White’s final exhibition at BAMPFA, Spiritual Mountains: The Art of Wesley Tongson, a survey of work by the contemporary Hong Kong artist and his influences from historical Chinese painting, opened on January 12.

An accomplished scholar of Asian art with a specialty in Chinese painting, White has edited or contributed to numerous exhibition catalogs and other publications over the course of her career, including four catalogs accompanying BAMPFA exhibitions. For much of last year, she served as the head of BAMPFA’s Art Curatorial Department and interim director of the museum’s Registration and Preparation Department.

Prior to joining BAMPFA in 2006, White served for ten years as curator of Asian art at the Honolulu Academy of Arts, where she organized multiple exhibitions each year and oversaw a comprehensive reinstallation of the museum’s entire Asian art collection. She also held multiple curatorial positions at the Denver Art Museum. White began her career as a graduate student at UC Berkeley, where she earned master’s degrees in the history of art and library and information science in 1983 and 1981, respectively.

“It’s been a privilege and a delight to spend the past fifteen years immersed in one of the great university collections of Asian art, and especially meaningful to do so in service of an institution where I began my work as a student many years ago,” said White. “As I prepare to step back, I’m proud to leave the Asian art program at BAMPFA even stronger than when I arrived, with new artworks, new scholarship, and new audiences who I know will continue to grow. The future of Asian art at BAMPFA couldn’t be brighter, and I look forward to watching it unfold.”