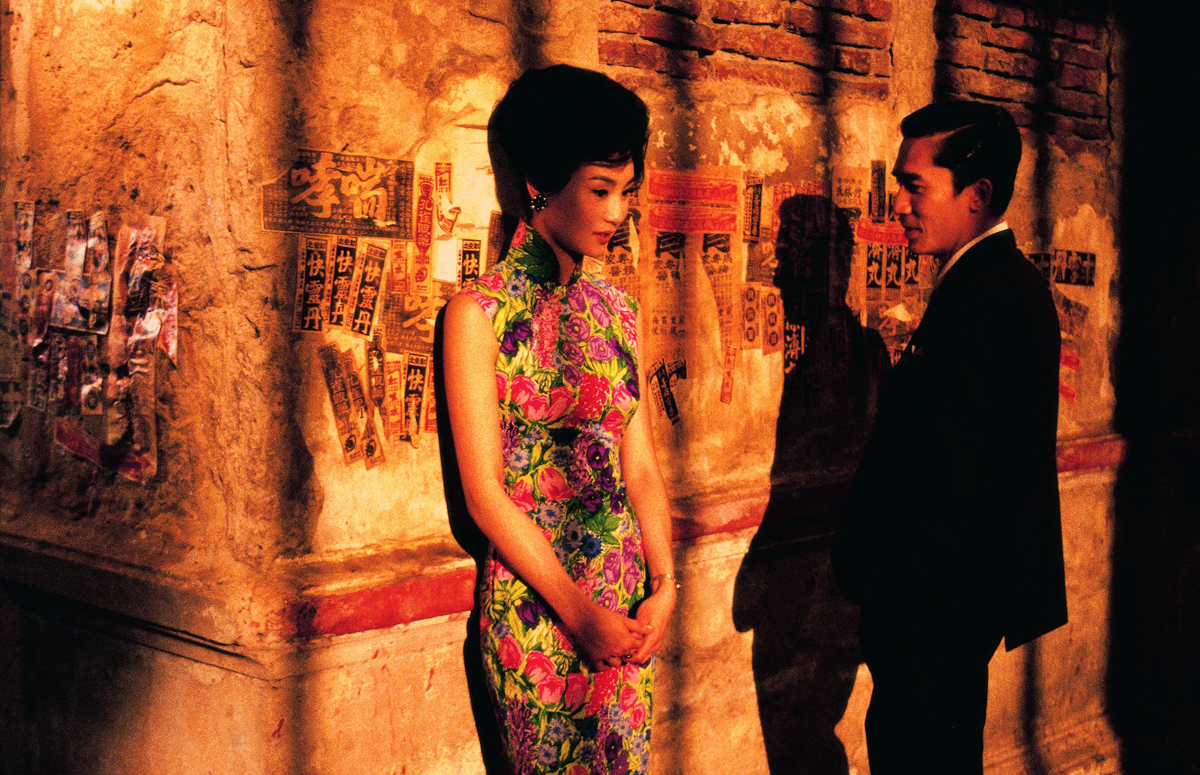 (Berkeley, CA) November 16, 2020—Next month, the UC Berkeley Art Museum and Pacific Film Archive (BAMPFA) and San Francisco’s Roxie Theater will launch a retrospective of films by Wong Kar Wai, one of the most internationally acclaimed directors of the past thirty years. BAMPFA and The Roxie are co-presenting the Bay Area premiere of Janus Films’ nationally touring retrospective of the Hong Kong auteur, which will become available for online streaming on both venues’ websites beginning December 11. The series features 4K restorations of seven of Wong’s most beloved films.

One of the most celebrated directors in contemporary world cinema, Wong first emerged as a major presence on the global film festival circuit with his 1994 feature Chungking Express, a film whose visually sumptuous cinematography and elliptical narrative structure would become hallmarks of his singular style. Steeped in cinematic influences that range from classic Hollywood to Hong Kong genre and European art films, Wong’s work explores the existential complexities of change, desire, memory, love, friendship, and self-realization—often through impressionistic storytelling techniques that evoke the elusive quality of memory. In masterpieces like In the Mood for Love and Days of Being Wild, Wong’s camera maps the physicality of his protagonists and the inanimate objects that become proxies for absent lovers, embedding the erotic power of delayed gratification in every frame.

BAMPFA and The Roxie’s joint series includes many of Wong’s greatest works, all of which have been newly restored by Janus Films in pristine 4K digital presentations. Films in the series include In the Mood for Love, As Tears Go By, Days of Being Wild, Chungking Express, Fallen Angels, Happy Together, and The Hand, the latter screening in a previously unseen extended cut.

Viewers can purchase streaming links to these films at either bampfa.org/watch-from-home/existence-longing-wong-kar-wai or https://www.roxie.com/world-of-wong-kar-wai. Each film is available for $12, with discounts for BAMPFA and Roxie members at their respective venues. Purchases through these websites support BAMPFA and The Roxie during their ongoing closure due to the COVID-19 pandemic. Films are available online until further notice.

The series is curated at BAMPFA by Associate Film Curator Kate MacKay and at The Roxie by Director of Programming Isabel Fondevila. Thanks to Brian Belovarac, Ben Crossley-Marra, and Emily Woodburne at Janus Films. Descriptions of each film in the series follow below:

In the Mood for Love

Perhaps the most universally acclaimed film of its decade, In the Mood for Love is a twenty-first-century classic; even when it debuted in 2000, however, it already seemed timeless. “This film is not verbal,” said Wong about the way it effortlessly captures an essence of romance and melancholy, as showcased in the lives of two neighbors in the early 1960s (Maggie Cheung and Tony Leung Chiu-wai) “in the mood for love,” yet too proper to act on it. “Everything is expressed through the body, through the people, how they walk, how they move.” The film’s physical grace is supplied by Cheung and Leung, both luminously attired in some of the most fabulous outfits ever assembled, while its mood rises from the camerawork of Christopher Doyle and Mark Lee Ping Bin, which lingers on hands, hips, and silhouettes, and all of the moments that could have led, but never do, to love.

As Tears Go By

A low-level hoodlum on the bloody streets of Hong Kong’s notorious Mong Kok district must choose between a woman’s love and fealty to his hotheaded blood brother in Wong Kar-wai’s feature debut, which provided enough fistfights and street battles to please audiences while debuting the mood-drenched atmospherics and unabashed romanticism that would define his career. Andy Lau, Maggie Cheung (in a role she credits as making audiences aware of her dramatic potential), and Jacky Cheung star in this triad opera, “a tragic study of little people in a big city” as Wong himself described it, filmed furtively amidst Mong Kok’s “life in the raw.”

Days of Being Wild

“1960 was a good year, the beginning of a decade; of course, it could have easily been a dream,” wrote Wong Kar Wai of his haunting paean to memory, love, and longing, set during a long and sweltering Hong Kong summer. Disaffected pretty boy Leslie Cheung drifts through a series of doomed relationships with women including Maggie Cheung and Carina Lau; every action circles backwards like the fans and clocks that surround them. Steeped in a simmering mood as ephemeral and bluesy as the film’s soundtrack, Days was Wong’s first collaboration with cinematographer Christopher Doyle, and won five Hong Kong Film Awards.

Frustrated with the slow filming of his martial arts epic Ashes of Time, Wong promised funders a film about “two cops” and decamped with cast and crew to the city to pound out a contemporary quickie that would come to define 1990s Hong Kong cinema. Section one involves a blonde-bewigged smuggler (Brigitte Lin) and a smitten beat cop (Takeshi Kaneshiro); in section two, another police officer (Tony Leung Chiu-wai) falls under the sway of food vendor Faye Wong and her constant “California Dreamin’.” Funders got their cop movie; international viewers received a mesmerizing jolt of Hong Kong’s energy, romance, and style, framed by Christopher Doyle’s lyrically kinetic cinematography.

Buenos Aires provides the unexpected setting for Wong’s lyrical examination of doomed love and gay male sexuality, with Hong Kong superstars Leslie Cheung and Tony Leung Chiu-wai continually locked together in either embrace or embattlement. Fleeing Hong Kong, the two find themselves separated and adrift in an atmospherically cobblestoned Buenos Aires of tango bars and sleazy flophouses, with only habit and spite—and a dream of Iguazu Falls—to unite them. Romantically shot by Christopher Doyle in both sumptuous black-and-white and grime-coated color, simultaneously bruising and yearning, Happy Together is “a take-no-prisoners movie that’s the very antithesis of sentimental gay love stories” (Kenneth Turan).