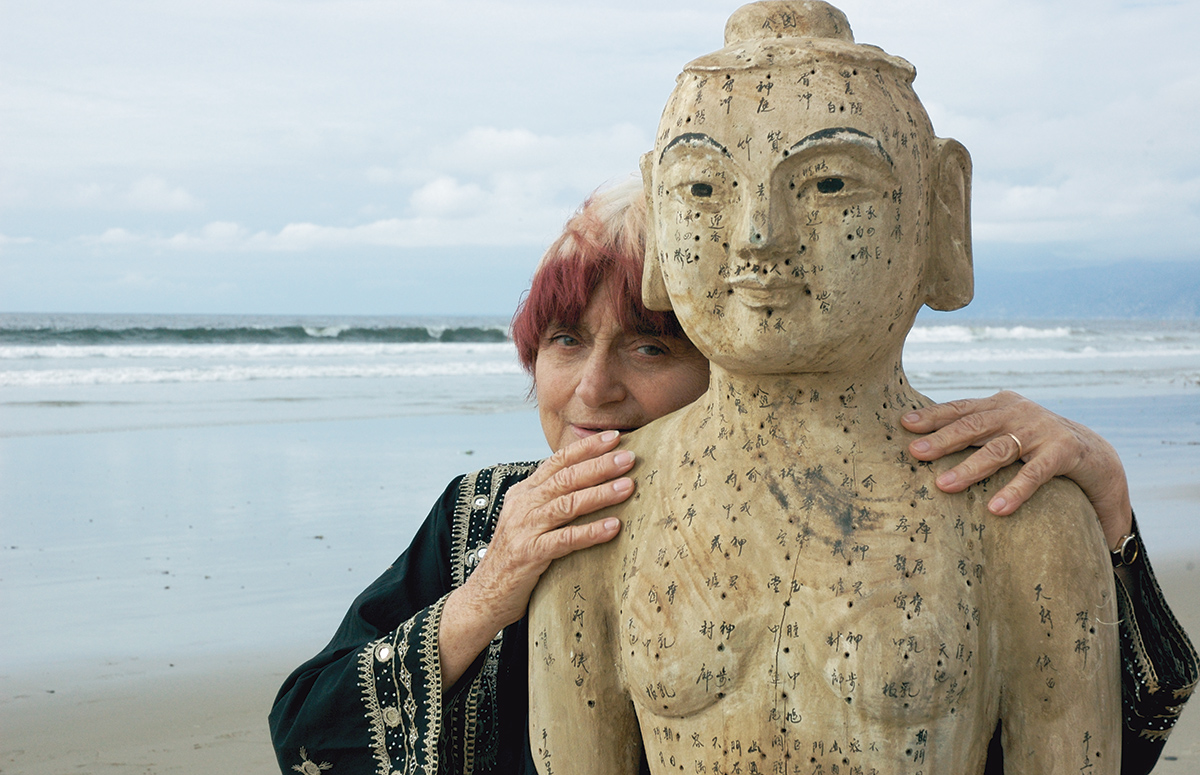 (San Francisco and Berkeley, CA) December 12, 2019—The Berkeley Art Museum and Pacific Film Archive (BAMPFA) and the San Francisco Museum of Modern Art (SFMOMA) will copresent a major retrospective of films by Agnès Varda, the first significant presentation of the acclaimed director’s work since she passed away in March 2019. Agnès Varda: An Irresistible Force marks the West Coast premiere of this national touring retrospective organized with Janus Films, which encompasses much of Varda’s work from the last six decades—including new restorations, rarely screened shorts, and a preview of Varda’s final film, Varda by Agnès.

The series begins at BAMPFA on December 20 with advance screenings of Varda by Agnès, a luminous autobiographical documentary that opens theatrically in the Bay Area on January 10. SFMOMA’s portion of the series begins on January 9 with Cleo 5 to 7, one of Varda’s most renowned early works. The series continues at BAMPFA through February 28 and at SFMOMA through March 21 and includes guest appearances at both venues by former Pacific Film Archive Director and Curator Tom Luddy, who collaborated with Varda on two films. This film program represents the tenth installment of SFMOMA’s Modern Cinema program, which seeks to highlight the ongoing dialogue between the critically acclaimed filmmakers of the past and present.

An icon of international art cinema for more than sixty years, Agnès Varda (1928-2019) was an influential figure in the development of the French New Wave and the only female director associated with the movement. Her remarkable debut feature, La Pointe Courte, made when she was 26, predated and inspired the New Wave movement. Widely acclaimed for her early narrative features like Cléo from 5 to 7 and Le Bonheur, Varda went on to create a vast and eclectic body of work that included numerous shorts, documentaries, photography, and installations. Often drawing from her own life experiences, Varda’s artistic practice was deeply personal, unapologetically feminist, and wonderfully innovative—most notably in her late-career embrace of handheld digital cameras as a liberating creative tool. Varda’s penultimate film Faces Places marked one of the greatest commercial successes of her career. The film, codirected with the artist JR, whose large-scale digital mural is currently on view in SFMOMA’s Roberts Family Gallery, earned Varda her first Academy Award nomination at age 88, and was a hit with audiences of all ages. Among her many honors and awards, Varda received an Honorary Academy Award in 2017 for her contributions to cinema.

BAMPFA and SFMOMA’s copresentation of Agnès Varda: An Irresistible Force encompasses almost two dozen films by Varda, which will screen at both BAMPFA and SFMOMA with multiple repeat screenings. The series features nearly all her narrative works and documentaries, as well as an extensive selection of shorts. The retrospective highlights Varda’s films made in California, including a pair of films she made in the late 1960s in the Bay Area: Uncle Yanco, which was shot in Sausalito,and Black Panthers, filmed in Oakland. Also included in the series is a new restoration of The Young Girls of Rochefort, directed by Varda’s late husband, Jacques Demy, and shown alongside her own documentary The Young Girls Turn 25, which revisits the town of Rochefort, as well as Jacquot (shown exclusively at BAMPFA), Varda’s affectionate tribute to Demy, released shortly after his death in 1990.

“Agnès Varda was a true force of inspiration, who touched many through her poignant films. Her work responds to life in a personal and sophisticated way, reflecting her private and public role as one of France’s most celebrated directors,” said BAMPFA Senior Film Curator Susan Oxtoby. “When she visited BAMPFA in 2013, Varda captivated our audience with the same warmth and wisdom that we see throughout her magnificent body of work. We look forward to presenting in this expansive retrospective in partnership with SFMOMA, and to sharing Varda’s films with audiences across the Bay Area—a place that Varda herself visited many times and memorably rendered on film.”

“Agnès Varda’s films are an unparalleled treasure in the history of cinema, full of possibility, compassion and curiosity and they are always a wonder to experience,” said Gina Basso, SFMOMA’s manager of film programs. “SFMOMA has a long history or presenting her films and this retrospective allows us to take our audiences on a deep and reflective journey that spans her long career. I’m happy to work closely with BAMPFA to organize this meaningful tribute to one of the world’s most inspiring filmmakers.”

A full list of screenings in Agnès Varda: An Irresistible Force is available and at https://bampfa.org/program/agnes-varda-irresistible-force and https://www.sfmoma.org/event/series/modern-cinema-agnes-varda. Additional program details, including information about guest appearances, will be posted online at a later date.

All films are directed by Agnès Varda unless otherwise noted.

The Young Girls of Rochefort (France, 1967) – directed by Jacques Demy

General public tickets for SFMOMA screenings are $12 and will be available online, or onsite at SFMOMA during regular business hours. Modern Cinema tickets do not include admission to SFMOMA galleries. Ticket-holders for Modern Cinema should enter through the museum’s Joyce and Larry Stupski Entrance on Minna Street (between Third and New Montgomery Streets). For up-to-date program information and tickets, visit sfmoma.org/modern-cinema.

About the Phyllis Wattis Theater at SFMOMA

As part of the opening of the new and expanded SFMOMA in May 2016, the Phyllis Wattis Theater also received a major renovation and system update creating one of the most enjoyable places to see film in the Bay Area. A new, state-of-the-art NEC digital projector offers Modern Cinema the ability to present films on a 24 x 12-foot screen with the capacity to show aspect ratios of 1:37, 1:66, 1:85 and 2:39. The Wattis Theater can also screen films via new Kinoton projectors in 16 and 35mm formats. Because sound is integral to the cinematic experience, a new Meyer Sound Cinema Surround System enhances the nuance and precision intended by the filmmaker. Comfortable new seating with cup holders round out the Wattis Theater experience.

SFMOMA is dedicated to making the art of our time a vital and meaningful part of public life. Founded in 1935 as the first West Coast museum devoted to modern and contemporary art, a thoroughly transformed SFMOMA, with triple the gallery space, an enhanced education center and new free public galleries, opened to the public on May 14, 2016. Since its inaugural year, the expanded museum has welcomed more than one million visitors annually.