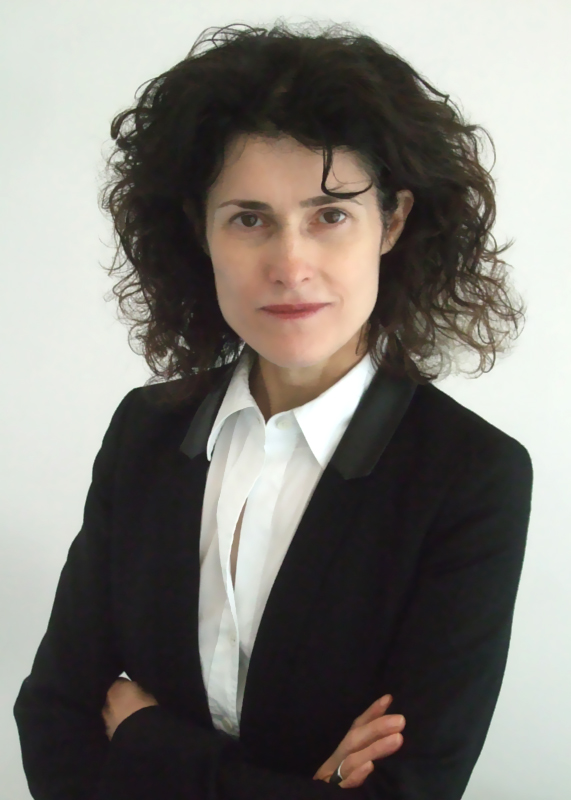 (Berkeley, CA) March 30, 2016—The University of California, Berkeley Art Museum and Pacific Film Archive (BAMPFA) announces the appointment of Kathryn MacKay to the position of associate film curator. MacKay hails from Toronto, where she served as the programmer and interim artistic director of The Images Festival of Independent Film and Video, one of North America’s largest festivals of alternative cinema and media art. MacKay’s programming activities have also included positions as guest curator at the Ryerson Image Centre; guest programmer for TIFF Cinematheque; programming associate for Wavelengths, Toronto International Film Festival; curator of installations for The 8Fest; and as a guest presenter moderating conversations with visiting filmmakers at the International Film Festival Rotterdam. Her wide-ranging areas of interest span historical and contemporary periods with an emphasis on independent film. A few of her most rewarding programming collaborations in recent years have included MOVING STILL_still life, an 8-channel video installation by Colombian/Canadian filmmaker Jorge Lozano; Reframing Africa, a survey of independent African Cinema assembled with Cameroonian documentarian Jean-Marie Téno; and Alexandra Gelis’s Corredor with live accompaniment by David Mott and Hamid Drake. MacKay will join the BAMPFA staff on April 1, 2016.

“We are thrilled to welcome Kathryn MacKay to our team,” comments BAMPFA Senior Film Curator Susan Oxtoby. “Her thoughtful understanding of cinema, passionate advocacy for film as an art form, and years of experience nurturing audiences with a diverse range of approaches to cinema are an excellent fit for the new BAMPFA. Kathryn has a wonderful way of speaking from the heart and I am confident that our audiences will appreciate her dynamic and approachable personality.”

MacKay’s involvement in film programming began while she was an undergraduate studying philosophy and cinema studies at the University of Toronto and became active with the Innis Film Society. For the first part of her professional career she worked as a film projectionist and built a reputation as one of the most sought-after projectionists for specialized venues, such as the Temenos, in Lyssaria, Greece; Harvard at the Gulbenkian, Lisbon, Portugal; and Media City Film Festival, Windsor, Canada. Her keen eye and exacting care for the presentation of complex film programs coupled with her enthusiasm for and understanding of historical and contemporary cinema have contributed to her success. MacKay trained a generation of projectionists, who came up through the ranks at TIFF Cinematheque.

MacKay’s professional experiences are matched by a deep commitment to volunteer activities. She is cofounder/coprogrammer for Early Monthly Segments, a screening series that presents historical and contemporary experimental works and fills an important gap in the vibrant film scene in Toronto. Since 2009, MacKay has served as the chair of the Board of Directors of the Liaison of Independent Filmmakers of Toronto (LIFT), a not-for-profit film co-op that supports productions, offers workshops, and sponsors residencies.

“I am honored to be joining the staff of BAMPFA”, says MacKay. “I have a great respect the institution’s commitment to preservation, archiving, and education and admire its long-established dedication to the presentation of art and cinema that inspires reflection, encourages critical dialogue, and educates as it entertains. As cinema continues to evolve and moving images proliferate on the screens that surround us, institutions like BAMPFA become increasingly important, offering insight and perspective on the visual culture we inhabit. I look forward to exploring all that cinema can be with audiences from UC Berkeley, the Bay Area, and beyond.”

ABOUT BAMPFA
Internationally recognized for its art and film programming, the UC Berkeley Art Museum and Pacific Film Archive (BAMPFA) is a platform for cultural experiences that transform individuals, engage communities, and advance the local, national, and global discourse on art and film. Founded in 1963, BAMPFA is UC Berkeley’s primary visual arts venue with its screenings of some 450 films and presentations of up to twenty exhibitions annually. BAMPFA’s mission is to inspire the imagination and ignite critical dialogue through art and film.