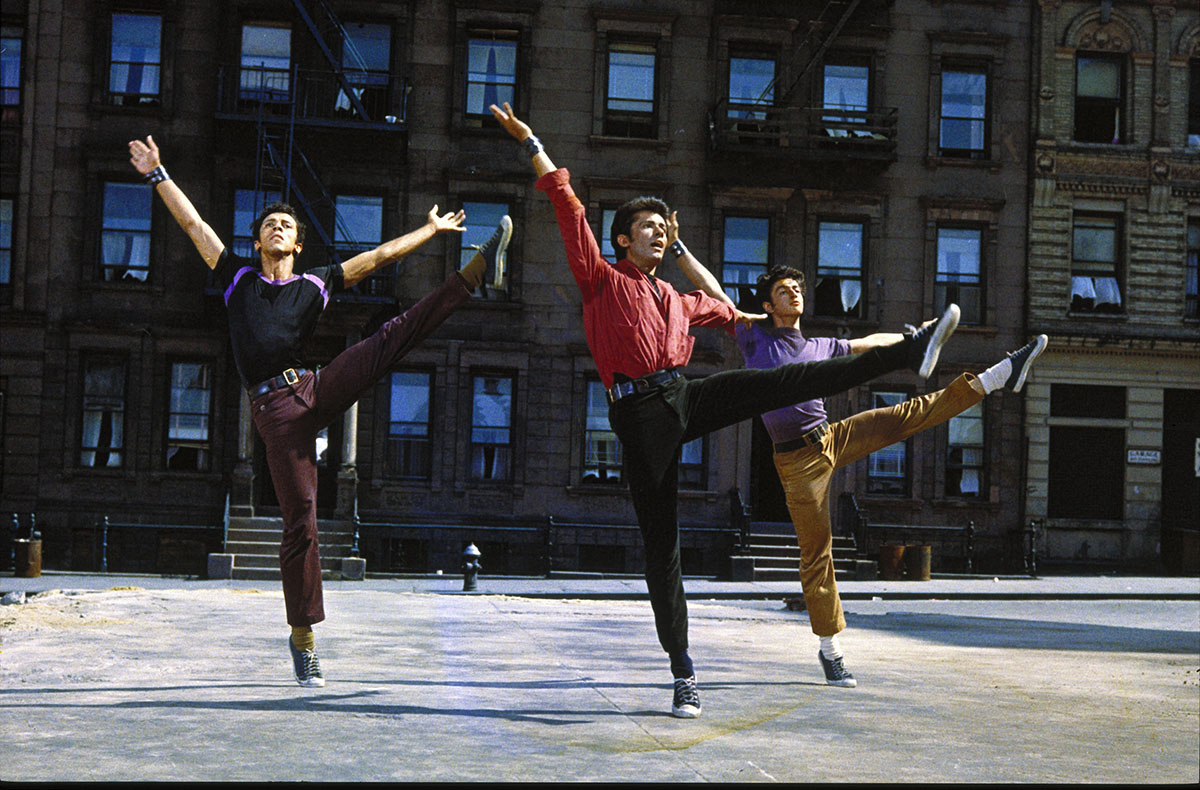 (Berkeley, CA) May 25, 2018—The UC Berkeley Art Museum and Pacific Film Archive (BAMPFA) in partnership with the Downtown Berkeley Association (DBA) presents Sunday Summer Cinema: Dancing in the Streets, a series of free summer movie matinees on the museum's massive outdoor LED screen at Addison and Oxford. On the second Sunday of each month from June to October, audiences of all ages can enjoy joyous and entertaining dance movies that will have them dancing in the streets. The summer-long series begins with Singin' in the Rain on June 10, followed by four more high-energy dance movies on July 8, August 12, September 9, and October 14.

A section of Addison Street between Oxford Street and Shattuck Avenue will be closed to traffic for each screening, where audiences can set up their own lawn chairs or picnic blankets in front of the BAMPFA screen-located just a block from the Downtown Berkeley BART station. Refreshments are available to purchase from a pop-up stand operated by Babette, the café at BAMPFA. Screenings are set to take place rain or shine.

"This free, summertime series exemplifies BAMPFA's role as a 'cultural town square' for the city of Berkeley, where people of all ages can gather in a welcoming space to enjoy incredible art and film programs together," said BAMPFA Director and Chief Curator Lawrence Rinder.

"We are delighted to be partnering with BAMPFA in bringing fun and culture for the entire family to the Downtown Berkeley community," said John Caner, CEO of the Downtown Berkeley Association. "We also invite folks to come early to explore our culturally rich downtown and stay for a bite after the show."

A full list of outdoor screenings follows and is also available at bampfa.org.

Change: it can work for you or against you, as this vastly entertaining film that heralded the rebirth of the musical in the early fifties exuberantly demonstrates. Gene Kelly is brilliant as the silent star who connives to pull his hapless partner Jean Hagen into the world of sound by sidestepping the talkies altogether and inventing the musical, where Debbie Reynolds can do the singing offscreen. This Oscar-nominated classic features such toe-tapping musical numbers as "Make 'Em Laugh" and "You Are My Lucky Star."

"Truly one of the most beautiful Technicolor films ever made" (Martin Scorsese). Jack Cardiff's wonderfully fluid and lustrous photography perfectly captures the fairy-tale origins of Powell and Pressburger's masterpiece of color and motion, which has as its exquisite centerpiece a nearly twenty-minute ballet sequence. The film follows a young English ballerina Victoria Page (Moira Shearer), whose tremendous talent and ambition find their match in producer Boris Lermontov and composer Julian Craster, with whom she collaborates on a production of Hans Christian Andersen's The Red Shoes-until a blossoming romance threatens to pull them apart.

Praised as one of the most entertaining and heartwarming of recent documentaries, Amanda Lipitz's Step follows the Lethal Ladies step team from the Baltimore Leadership School for Young Women, an inner city charter school that helps underserved girls prepare for college. At the center of the film are three seniors, all members of the step team. As we follow their lives we understand what challenges they each face and how stepping-a dance style that combines gymnastics, tap, and hip-hop-provides a source of motivation and empowerment.

"When you're a Jet, you're a Jet all the way . . ." In West Side Story, the gang's all here: the Jets and their neighborhood nemesis the Sharks in the back alleys of late-fifties NYC. They're finger-snappin' tough and rowdy-JDs down to their white Ts and leather. And, sure, the beatings are backed by beats composed by Leonard Bernstein, and when they rumble, the stompin' is to the so-cool choreography of Jerome Robbins. But the West Side is the domain of youth struggling with a "social disease" that's part poverty, part parents, and part passion. West Side Story is the dizzying rush of youth that knows no bounds.

In the sleepy town of Rochefort, denizens who somnolently dance sidewise down the street are energized by the arrival of a traveling commercial fair that passes for spectacle. Catherine Deneuve and her talented sister Françoise Dorléac play musical twin sisters who while away the hours in their Barbie-doll outfits until they can hitch a ride to love and fame. In Demy's clever patter set to Michel Legrand's music, their barista mother Danielle Darrieux dreams of a love lost to the silliness of the French language, and everyone around her pines, in rhyme, for a poetic ideal. Billed as a paean to American musicals, Rochefort is vintage French: sugary surface, just a hint of the grotesque, and legs.

About BAMPFA
An internationally recognized arts institution with deep roots in the Bay Area, the University of California, Berkeley Art Museum and Pacific Film Archive (BAMPFA) is a forum for cultural experiences that transform individuals and advance the local, national, and global discourse on art and film. BAMPFA is UC Berkeley's premier visual arts venue, presenting more than 450 film screenings, scores of public programs, and up to twenty exhibitions annually. With its vibrant and eclectic programming, BAMPFA inspires the imagination and ignites critical dialogue through art, film, and other forms of creative expression.

The institution's collection of more than 19,000 works of art dates from 3000 BCE to the present day and includes important holdings of Neolithic Chinese ceramics, Ming and Qing Dynasty Chinese painting, Old Master works on paper, Italian Baroque painting, early American painting, Abstract Expressionist painting, contemporary photography, and Conceptual art. BAMPFA's collection also includes more than 17,500 films and videos, including the largest collection of Japanese cinema outside of Japan, impressive holdings of Soviet cinema, West Coast avant-garde film, and seminal video art, as well as hundreds of thousands of articles, reviews, posters, and other ephemera related to the history of film.