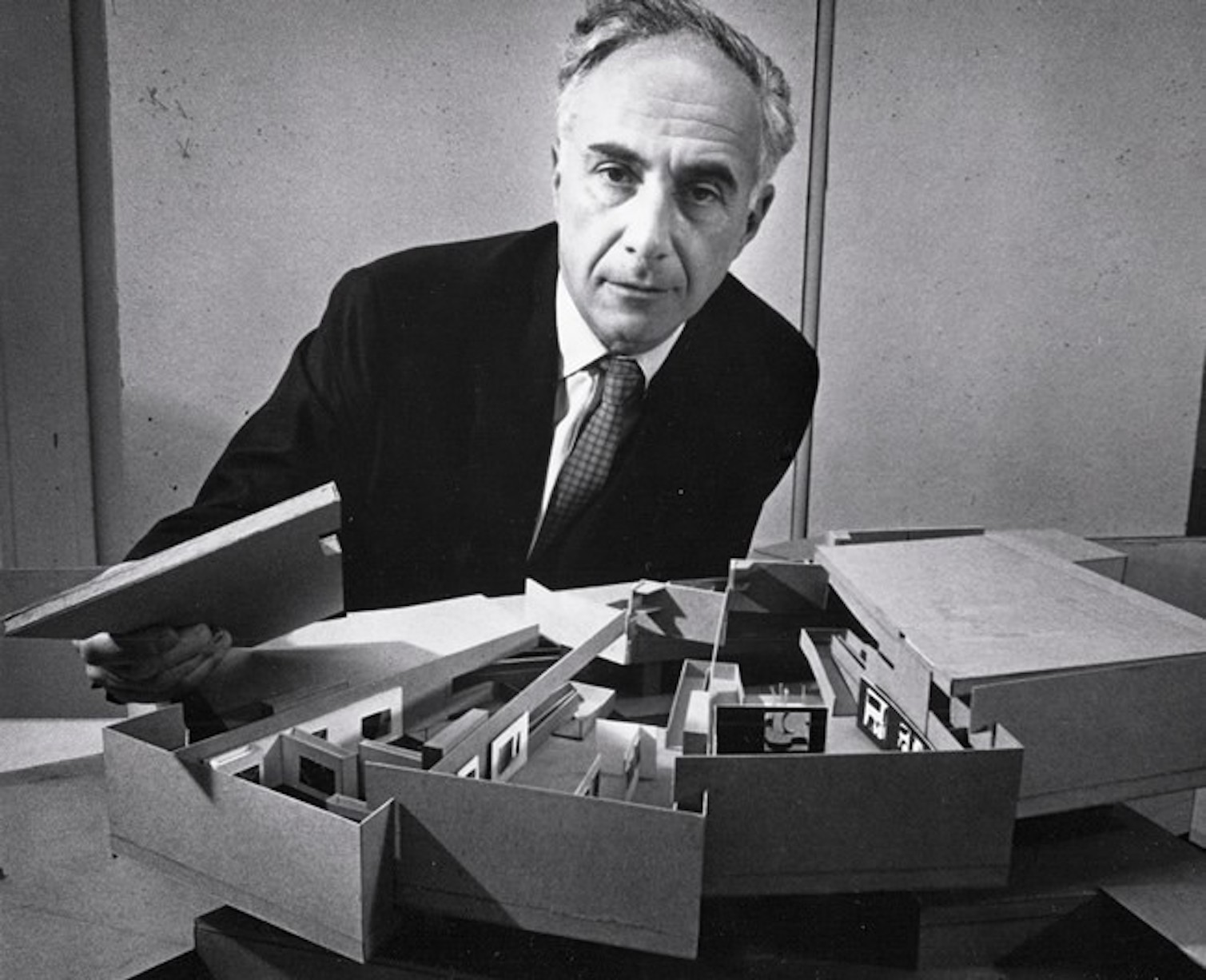 (Berkeley, CA) June 21, 2019—Peter Selz, the internationally celebrated art historian, professor, and essayist who served as founding director of the UC Berkeley Art Museum and Pacific Film Archive from 1965 through 1973, passed away early this morning, surrounded by family and friends. He was 100 years old.

“Peter Selz was a remarkable individual whose contributions to BAMPFA, UC Berkeley, and the broader art world are too numerous to count. Over the course of his tenure as our founding director, Peter transformed BAMPFA from a modest university art collection into the internationally renowned art and film institution it is today," said Lawrence Rinder, BAMPFA's director and chief curator. "Generations of Bay Area art lovers have benefited from his insight, knowledge, independence, and boundless energy, and his legacy will reverberate across and beyond our museum for decades to come.”

From his humble beginnings as a Jewish-German immigrant who fled Nazi Germany for the United States in 1936, Selz rose to become one of the most distinguished scholars and curators of the postwar art scene, developing close friendships with some of his generation’s most influential artists—including Mark Rothko, Willem de Kooning, Sam Francis, Christo, and many others. After studying in Paris under a Fulbright scholarship and holding professorships at multiple prestigious universities, Selz moved to New York in 1958 to become the Curator of Painting and Sculpture at the Museum of Modern Art. The position put him at the crux of powerful crosscurrents that were reshaping the New York art scene, from the influence of Abstract Expressionism to the rise of Pop art and Conceptualism. With a restless intellectual curiosity that would come to characterize his curatorial practice, Selz used his platform at MoMA to highlight work by an eclectic range of important artists, mounting influential midcareer surveys of Rothko, Jean Dubuffet, and Alberto Giacometti, among others.

In 1965, Selz accepted an invitation from the University of California to move to Berkeley and become the founding director of the museum that later became BAMPFA. What was then called the University Art Museum was conceived in the early 1960s to showcase the University’s growing art collection, which had recently been transformed by a gift from Hans Hofmann of nearly fifty of the artist’s finest works. As the museum’s first director, Selz was intimately involved in shaping the institution literally from the ground up—from engaging the renowned architect Mario Ciampi to design the iconic modernist building to partnering with the film director and scholar Sheldon Renan to establish the Pacific Film Archive at the heart of the museum’s program.

During his nearly decade-long tenure as founding director, Selz launched the young museum on an ambitious course, more than doubling the size of its collection with the addition of many Old Master, Modern, and contemporary masterworks and mounting massive exhibitions that took full advantage of the museum’s cavernous 100,000-square-foot facility. As his daughter Gabrielle Selz later observed, her father’s curatorial approach in Berkeley defied many of the fashionable art world trends of the 1960s; as the New York art scene deepened its embrace of Pop and Minimalism, the University Art Museum under Selz’s leadership celebrated the emergence of the countercultural Funk art movement with the massively influential group exhibition Funk in 1967. Selz also championed the work of figurative artists like Nathan Oliveira and ceramicists like Peter Voulkos, who went on to great acclaim despite working against the prevailing abstractionist trends of the period. As a professor in UC Berkeley’s art history department, Selz continued to distinguish himself as a scholar and essayist, authoring books and exhibition catalogs on Sam Francis, Ferdinand Hodler, German and Austrian Expressionism, and many other topics.

Selz concluded his tenure as the museum’s director in 1973 but continued to teach at UC Berkeley for more than a decade thereafter, retiring as an emeritus professor in 1988. He remained a major force in the Bay Area art scene even after stepping down as director, curating numerous exhibitions and partnering on projects with civic leaders and artists. Among these were the internationally acclaimed environmental artists Christo and Jeanne-Claude, who engaged Selz as the project director of their ambitious installation Running Fence—a 24.5-mile long fabric fence crossing the Marin County hills, which was completed in 1976.

A beloved member of the Bay Area art community through the end of his life, Selz was recently honored with a one hundredth birthday party at BAMPFA on April 2. In what would be his final public appearance, Selz expressed to a large and affectionate audience his sense of optimism about the future of the art world: “I can say there’s a lot of very, very good art being produced now, a lot of surprises … I have felt optimistic about art all my life.”