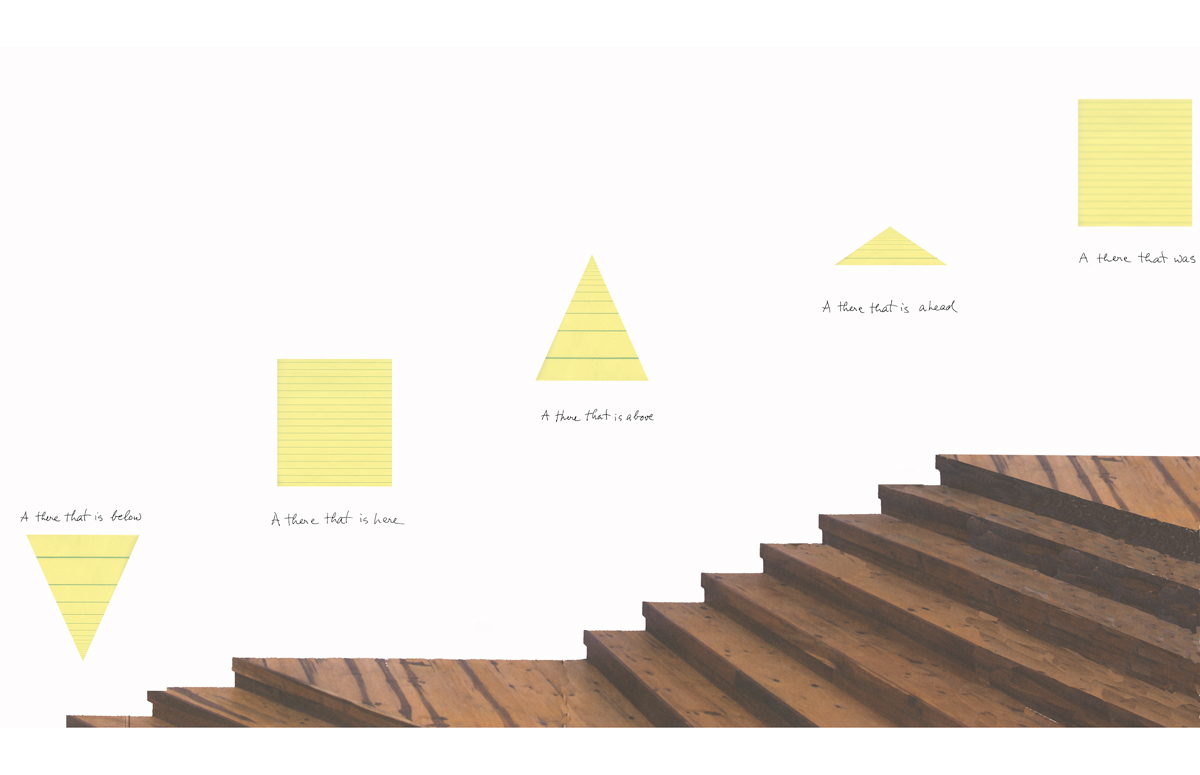 (Berkeley, CA) October 13, 2022—The UC Berkeley Art Museum and Pacific Film Archive (BAMPFA) has commissioned a large-scale, site-specific wall work by Luis Camnitzer that will be inaugurated in the museum’s entry space this fall, marking a rare West Coast presentation for one of the leading figures of the Latin American Conceptual art movement. For his BAMPFA commission, Camnitzer has created a text-based work that visually responds to the steps of BAMPFA’s Crane Forum, an interior amphitheater adjacent to the museum’s entrance. Entitled below/here/above/ahead/was, it appears on BAMPFA’s Art Wall, a 30-by-63-foot space that is dedicated to presenting large-scale work by leading contemporary artists.

Drawing on Camnitzer’s longtime interest in the application of language as sociopolitical intervention, below/here/above/ahead/was features large vinyl stickers resembling lined yellow notepaper, inflected by cryptic phrases in the artist’s own handwriting that direct viewers’ attention to their changing visual perspectives as they move through the space. The text interludes read as follows: a there that is below / a there that is here / a there that is above / a there that is ahead / a there that was.

In both its text and visual geometry, the work responds to the interior architecture of BAMPFA’s six-year-old facility, which was designed by Diller Scofidio + Renfro to create intersecting sightlines across different floors throughout the museum. Below/here/above/ahead/was joins other recent BAMPFA Art Wall presentations of text-based works, including past commissions from Caroline Kent (2022), Luchita Hurtado (2020), Carlos Amorales (2019), and Lawrence Weiner (2017).

A German-born Uruguayan artist and critic, Camnitzer has been at the forefront of Latin American Conceptual art for the past six decades. As the New York Times noted in a review of his 2011 survey at El Museo del Barrio, Camnitzer was one of the first postwar Conceptual artists to use printed language as an artistic medium, years before North American Conceptualists like Weiner and others became famous for doing so. Camnitzer’s practice is distinguished from these contemporaries in part by his politically charged use of language to explore themes of colonialism, capitalism, and institutional critique, promoting alternative understandings of center and periphery in both the art world and society at large. These topics have long been at the center of Camnitzer’s practice as both an artist and scholar—including in his highly influential book Conceptualism in Latin American Art (2007), which will be available in BAMPFA Store during the Art Wall presentation.

In conjunction with the new Art Wall, Camnitzer will deliver an artist’s talk via Zoom on Thursday, March 9. BAMPFA is also publishing an interview with Camnitzer that was conducted by the museum’s former chief curator Christina Yang and will be available in brochure form adjacent to the Art Wall. Additional public and educational programs related to the Art Wall will be announced in the coming weeks; visit bampfa.org for the latest updates.

“We’re thrilled to bring the poetic yet political work of Luis Camnitzer to the West Coast for his first solo presentation. Thisnew work unites BAMPFA’s longstanding commitment to Conceptual art with our more recent focus on Latinx art—particularly work by those artists and movements that have been historically underrecognized in US museums,” said BAMPFA’s Executive Director Julie Rodrigues Widholm. “It’s an honor to provide one of the leading Conceptual artists of his generation the space to expand his distinctive practice, which is very much in line with how we want the Art Wall to provide opportunities to help artists evolve their work in new directions.”