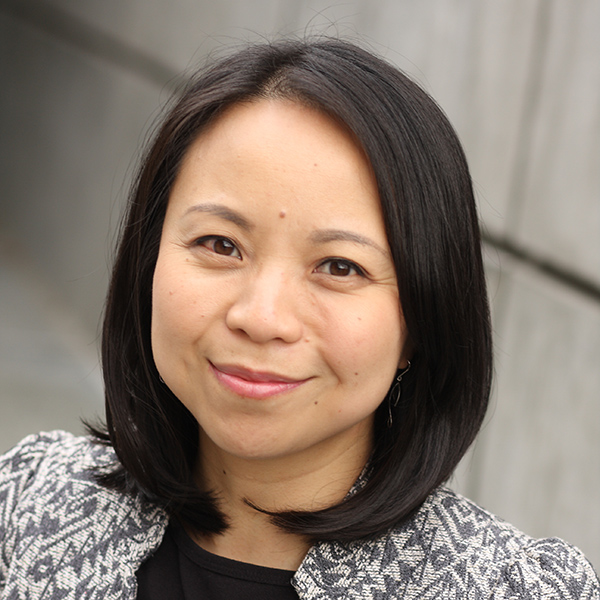 (Berkeley, CA) October 13, 2020—The UC Berkeley Art Museum and Pacific Film Archive (BAMPFA) has appointed Dr. Elaine Yau to a new curatorial position focused on the Eli Leon Collection, a bequest of nearly three thousand African American quilts that entered the museum’s holdings in 2018. Yau’s appointment establishes the first professional curatorship dedicated to this collection, which is believed to be the largest of its kind ever assembled. As the inaugural Associate Curator for the Eli Leon Living Trust Collection of African American Quilts, Yau will focus on research and an exhibition of these extensive holdings, which now comprise fifteen percent of BAMPFA’s art collection.

Though it is widely known among scholars of African American art, Eli Leon’s collection has never been formally cataloged, and it was exhibited only sporadically during his lifetime. After Leon donated the collection to BAMPFA upon his passing in 2018, the museum secured a $500,000 grant from the Henry Luce Foundation to support a comprehensive program of cataloging, conservation, research, and exhibition for these holdings. Yau’s position, which is funded for three years through the Luce Foundation grant, will oversee all of these activities and create new opportunities for scholarship and public engagement with these understudied works.

One of Yau’s primary responsibilities in her new role will be curating the first major survey exhibition of work from Leon’s collection, which will open at BAMPFA in August 2023. This exhibition will be the most comprehensive survey to date of work from the collection, featuring quilts by Laverne Brackens, Willia Ette Graham, Rosie Lee Tompkins, Johnnie Wade, and Arbie Williams, as well as many lesser-known artists whose work has never been exhibited in a museum setting. The exhibition will be accompanied by new scholarship from Yau and others, following a comprehensive cataloging and condition assessment of the entire collection that will begin in early 2021 under Yau’s supervision.

Prior to her appointment as associate curator, Yau served as the Andrew W. Mellon Postdoctoral Curatorial Fellow at BAMPFA, during which she cocurated with former BAMPFA director Lawrence Rinder an acclaimed retrospective of Tompkins that was drawn from Leon’s collection. Rosie Lee Tompkins: A Retrospective, which opened earlier this year, is temporarily closed due to the COVID-19 pandemic. In addition to cocurating the exhibition, Yau served as project coordinator for the accompanying 176-page catalog, to which she also contributed the lead essay. Yau’s work on the exhibition has been widely acclaimed by national and international publications, including a review in the New York Times that singled out the “excellent” catalog for particular praise.

A specialist in folk art’s intersections with modernism, Yau received her PhD in history of art from UC Berkeley in 2015, writing a dissertation on the work of painter and musician Sister Gertrude Morgan. She has written extensively on the topic of African American art of the American South and has taught classes at UC Berkeley and Azusa Pacific University. Prior to her fellowship at BAMPFA and graduate work, Yau served as a curatorial research assistant at the Smithsonian American Art Museum in Washington, DC. She holds a master’s degree in the history of art from UC Berkeley and a bachelor of arts degree from Stanford University.

“I’m humbled by the opportunity to serve as the first dedicated curator for the Eli Leon Collection, and I’m deeply grateful to the Henry Luce Foundation for making this appointment possible,” said Yau, who began her new role last month. “As a scholar of African American art, I believe it’s imperative—now more than ever—that we keep recognizing the breadth of artworks made in the United States and the diverse stories behind them. Eli Leon’s collection provides a singular opportunity to deepen public appreciation for African American quilt-making as a vibrant American art form, which I look forward to championing in my new position.”

“Eli Leon’s remarkable bequest to BAMPFA has transformed our museum into a leading destination for African American quilts, but the work of activating this incredible collection for a broader audience has only just begun,” said BAMPFA Director Julie Rodrigues Widholm. “As the cocurator of our Rosie Lee Tompkins retrospective, Elaine brought the heart of the Eli Leon Collection to public attention for the first time in decades, to resounding national and international acclaim. We’re delighted to welcome Elaine back to BAMPFA to further advance our curatorial and scholarship activities around the world’s foremost collection of African American quilts.”

About the Eli Leon Collection

Widely regarded as a leading expert on African American quilt-making, Eli Leon (1935–2018) was a practicing psychotherapist living in Oakland when a chance encounter with the work of Rosie Lee Tompkins (the pseudonym used by Effie Mae Howard)—then an unknown artist, whom he met at a flea market in 1985—sparked a deep interest in the textile traditions of African American artists. Through his friendship with Tompkins, Leon began to establish relationships with the African American quilting community in the Bay Area, developing an avid collecting practice that became national in scope. Eventually, he closed his psychotherapy practice to devote himself full time to the collection and study of African American quilts, receiving a Guggenheim Fellowship in 1989 to conduct a research and acquisition trip through the American South. He organized multiple exhibitions across the country and wrote for numerous publications, including an essay for BAMPFA’s 1997 show of Tompkins’s work, which launched her national reputation.

BAMPFA learned only after Leon passed away in 2018 that he had chosen to donate his collection of African American quilts to the museum, creating a new and unparalleled area of strength in BAMPFA’s encyclopedic holdings. It is believed that the collection includes work by more than four hundred artists, representing a geographically broad range of quilt-making practices from the Mississippi Delta to Northern California. Notable artists represented in the Leon Collection, in addition to Tompkins, include Laverne Brackens, Sherry Byrd, Gladys Henry, Angie Tobias, and Arbie Williams, among many others. Comprising nearly three thousand African American–made quilts along with assorted embroidery and assemblage objects, the Eli Leon Collection is believed to be the largest of its kind ever assembled.

About the Henry Luce Foundation

A leader in arts funding in the United States, the Luce Foundation's American Art Program was established in 1982 to support museums, universities, and arts organizations in their efforts to advance the understanding and experience of American and Native American visual arts through research, exhibitions, publications, and collection projects.