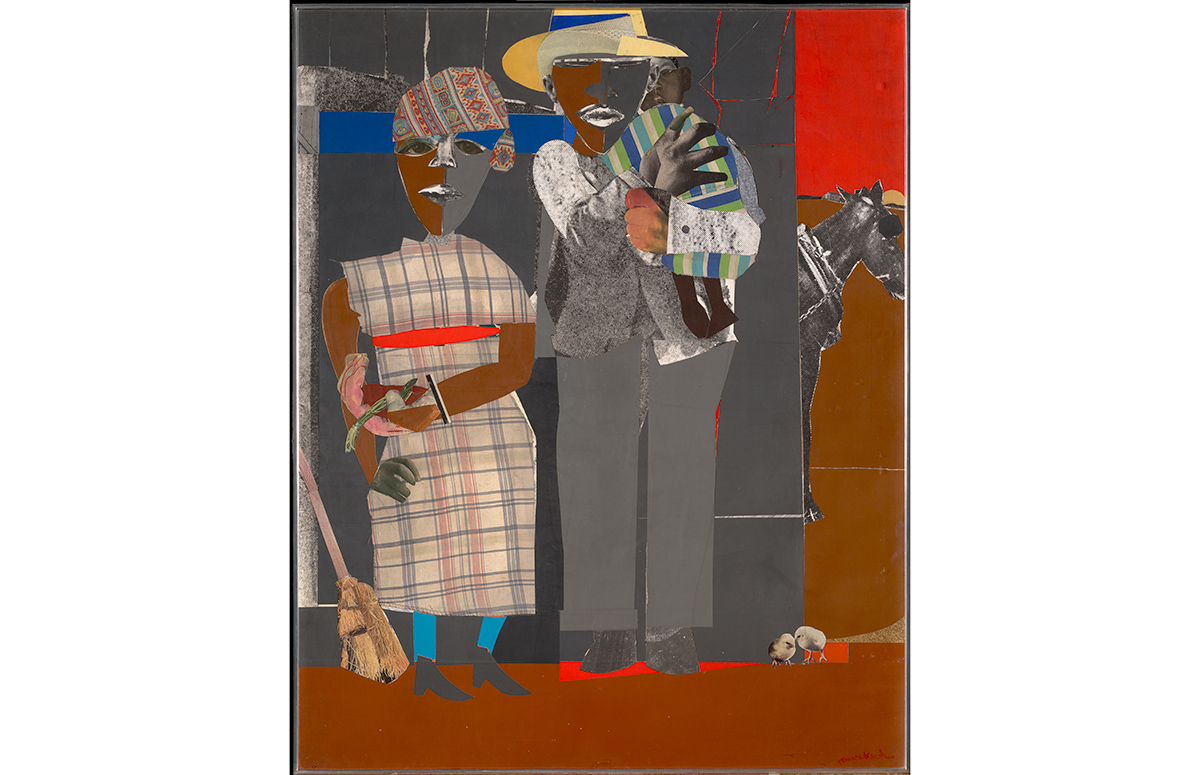 Major Collaboration Between BAMPFA and

(Berkeley, CA) April 30, 2019—A new exhibition at the UC Berkeley Art Museum and Pacific Film Archive (BAMPFA) radically reframes the historical relationship between museums and Black culture. About Things Loved: Blackness and Belonging presents major artworks by Black artists from Africa and the African diaspora, organized to showcase the vibrancy that emerges when blackness is relocated from the margins to the center of museum settings. The exhibition presents more than thirty works from the collections of BAMPFA and UC Berkeley’s Phoebe A. Hearst Museum of Anthropology, bringing together artistic voices from different generations and nationalities to address questions of blackness and belonging in Western museums.

About Things Loved is organized by students in the UC Berkeley graduate seminar Diaspora | Migration | Exile, cotaught by Associate Professors Lauren Kroiz and Leigh Raiford through the Department of History of Art and the Department of African American Studies. Working collaboratively with BAMPFA’s curatorial team, students have chosen works from BAMPFA and the Hearst’s permanent collections made largely by Black artists that engage with themes of Black cultural and artistic expression. The exhibition marks the third installment in BAMPFA’s Cal Conversations program, a series of annual exhibitions developed in collaboration with UC Berkeley classes.

About Things Loved features works by Peter Bradley, Erica Deeman, Charles Gaines, Mildred Howard, Kamau Amu Patton, Raymond Saunders, Lorna Simpson, Carrie Mae Weems, Fred Wilson, and many others—a roster that includes both established artists and those whose work has been historically underexhibited in museum settings. The exhibition is organized thematically according to five distinct areas of focus, which assert narratives of continuity among Black artists from different eras and cultural contexts. Works in the exhibition are presented in five thematic groupings:

“Like so many of our institutions, museums have a historical legacy of practices that exclude, marginalize, and devalue Black voices in both the art world and the broader culture,” said Associate Professor Leigh Raiford, speaking on behalf of the Diaspora | Migration | Exile class. “By redirecting our attention to the work of Black artists that are represented in UC Berkeley’s museum collections, About Things Loved points audiences toward new ways of thinking about the role of blackness in museum spaces.”

“While BAMPFA has a strong track record in showcasing artists from historically marginalized communities, we—and the museum field—must do more to disrupt a historical legacy that has minimized the contributions of Black artists in museum spaces for far too long,” said BAMPFA Director and Chief Curator Lawrence Rinder. “As a university art museum embedded in one of America’s most progressive communities, BAMPFA is uniquely positioned to address these inequities—which we’re proud to do in partnership with the incredibly talented students and professors of this year’s Cal Conversations program, as well as our distinguished colleagues at the Hearst Museum.”

“As a class, we built upon our discussions and readings to attempt new modes of curatorial practice that loves Black life and objects,” said Delphine Sims and Meg Alvarado-Saggese, both students in Diaspora | Migration | Exile. “We aimed to immerse viewers in an exhibition that critiqued museum history, celebrated arts of the African diaspora, and modeled an ethics of care for blackness in all of its multiplicities.”

In conjunction with About Things Loved, BAMPFA is mounting a Juneteenth celebration on Wednesday, June 19 that includes a screening and discussion with the artist Mildred Howard, whose work is on view in the exhibition. Howard joins Raiford and Rinder in conversation following a presentation of Pam Uzzell’s Welcome to the Neighborhood, a new documentary exploring Howard’s Bay Area roots and the impact of gentrification. The program begins at noon and is free with museum admission; it is cosponsored by UC Berkeley’s Black Staff and Faculty Organization and the Haas Institute for a Fair and Inclusive Society.

Cal Conversations / About Things Loved: Blackness and Belonging was developed, in part, with a grant in support of art history graduate education and curatorial training from The Andrew W. Mellon Foundation.

Romare Bearden: Continuities, 1969; collage on board; 50 x 43 in.; BAMPFA, gift of the Childe Hassam Fund of the American Academy of Arts and Letters, © 2019 Romare Bearden Foundation/Licensed by VAGA at Artists Rights Society (ARS), NY.