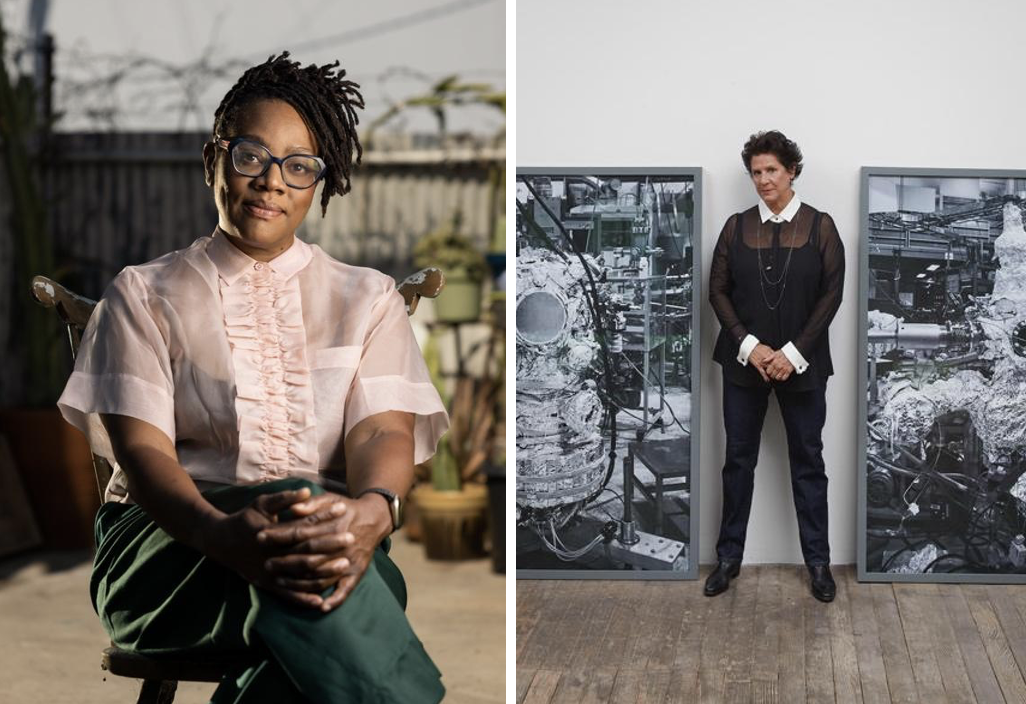 Gala Fundraiser to be Held at BAMPFA on Saturday, May 6, 2023 Following Success of Inaugural Art & Film Benefit in 2022

(Berkeley, CA)—The Berkeley Art Museum and Pacific Film Archive (BAMPFA) announced today that its 2023 gala will pay tribute to two distinguished artists with deep ties to the Bay Area. The filmmaker and multimedia artist Cauleen Smith and the conceptual artist and photographer Catherine Wagner will be honored on Saturday, May 6, 2023 at BAMPFA’s second-annual Art & Film Benefit, an event supporting the museum’s distinctive commitment to art, film, and student engagement.

“I am thrilled to welcome Cauleen back to the Bay Area, where her creative life germinated and where she shot Drylongso (1998), her first feature-length film. For thirty years, her innovative work in film, video and installation has opened portals to new narratives around Black aesthetics and experiences, and Afro-futurism,” said BAMPFA’s Executive Director Julie Rodrigues Widholm. “Catherine is a Bay Area native whose photographic work has pushed the physical and conceptual limitations of photography as a medium for decades. Both of these women inspire us to think more expansively and have paved the way for others after them as artists and professors.”

Proceeds from the Art & Film Benefit support the full scope of BAMPFA’s mission, with a particular focus on the museum’s work study program, which offers opportunities for UC Berkeley students from under-resourced backgrounds to gain professional experience at one of the nation’s leading university art museums. Work study employees are an indispensable part of the staff at BAMPFA and are critical to advancing the museum’s mission of igniting community engagement through art and film. BAMPFA’s supporters enable the museum to employ one of the largest student workforces on the UC Berkeley campus, making a transformative difference in the lives of hundreds of undergraduates each year.

More information about the 2023 Art & Film Benefit will be announced in the coming weeks, including opportunities for table and ticketreservations. Visit bampfa.org/gala for the latest updates.

Cauleen Smith was raised in Sacramento, California and lives in Los Angeles, where she sits on the faculty of the UCLA School of Arts and Architecture. Smith holds a BA in Creative Arts from San Francisco State University and an MFA from the University of California, Los Angeles School of Theater Film and Television. Her short films, feature film, an installation and performance were showcased at International Film Festival Rotterdam in 2019. Smith has had solo exhibitions at The Whitney Museum of American Art, MassMoCA and LACMA. She is the recipient of the following awards: Rockefeller Media Arts Award, Creative Capital Film /Video, Chicago 3Arts Grant, and the Foundation for Contemporary Arts, Chicago Expo Artadia Award, and Rauschenberg Residency, Herb Alpert Awards in the Arts in Film and Video 2016, United States Artists Award 2017, 2016 inaugural recipient of the Ellsworth Kelly Award, 2020 recipient of the Studio Museum Joyce Alexander Wein Artist Prize, and 2021 Guggenheim Fellowship. Most recently, in September 2022 Smith received the Heinz Award, an unrestricted prize that recognizes significant contributions to the arts.

Catherine Wagner has been an active international artist, working photographically as well as with site-specific art, lecturing extensively at museums and universities for over thirty years. She has received many major awards, including the Rome Prize, Guggenheim Fellowship, National Endowments of the Arts Fellowships, and Artadia Award, among others. Wagner has had solo exhibitions at Museo Morandi, The Museum of Fine Arts Houston, Los Angeles County Museum of Art, the Kemper Art Museum in St. Louis, The San Jose Museum of Art, The Fine Arts Museums of San Francisco: de Young Museum, among others. In 2001, Wagner was named one of Time Magazine’s Fine Arts Innovators of the Year. Her work is represented in major collections nationally and around the world, including the Tate Modern, Los Angeles County Museum of Art, SFMOMA, The Whitney Museum of American Art, Museum of Modern Art Bologna, Museum of Fine Arts, Houston, Yale University Art Gallery, Museum of Modern Art NY, The Victoria and Albert Museum, and the Museum Folkwang Essen. Wagner has published several monographs, including American Classroom, Home and Other Stories, Art & Science: Investigating Matter, Cross Sections, In Situ: Traces of Morandi, and Place, History and the Archive. Wagner has taught since 1989 at Mills College in the Art and Visual Culture Department, where she is the Nancy Cook Endowed Chair in Art.