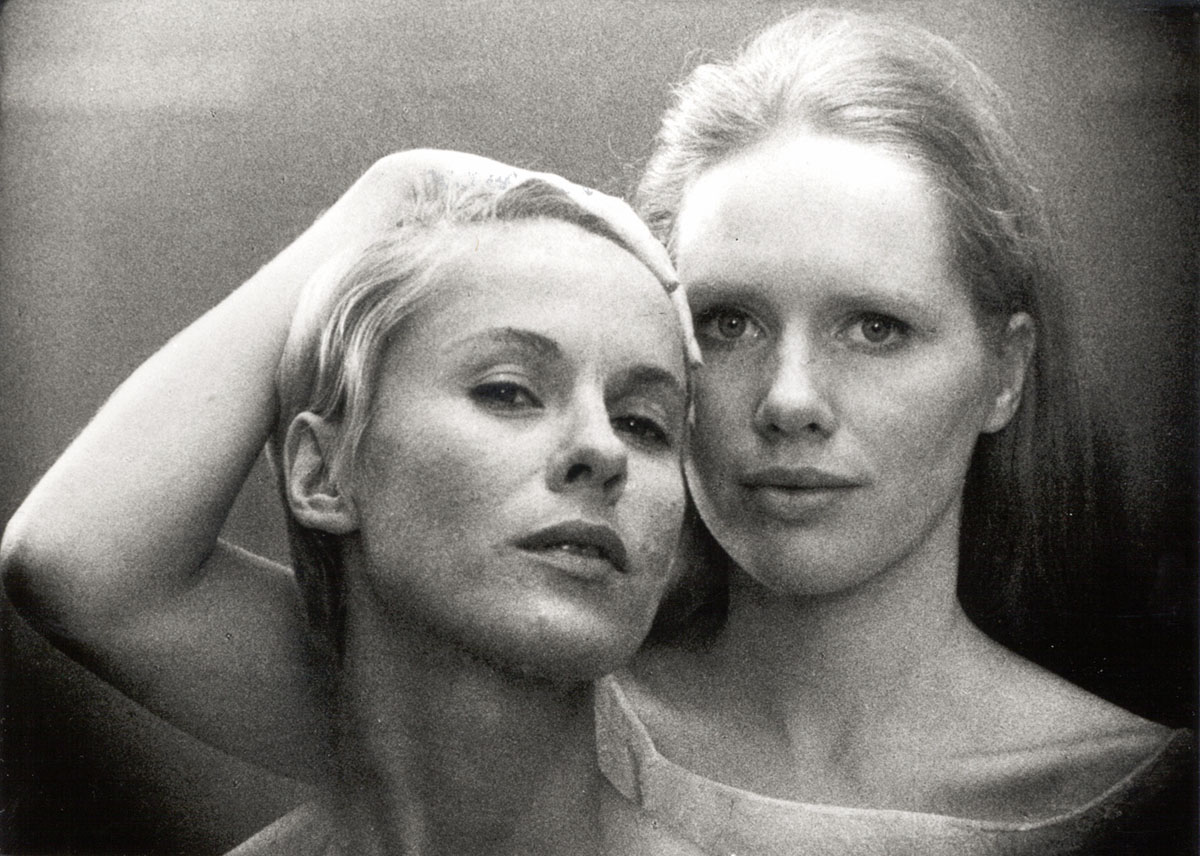 (Berkeley, CA) January 16, 2018—In 2018, the UC Berkeley Art Museum and Pacific Film Archive (BAMPFA) launches a centennial retrospective of films by Ingmar Bergman, the Swedish auteur widely considered to be one of the twentieth century’s greatest directors. Comprising more than seventy-five screenings, Bergman 100is the largest retrospective of Bergman’s work ever mounted in the San Francisco Bay Area. The series opens at BAMPFA with a guest appearance by Liv Ullmann, the iconic actress who appeared in eleven Bergman films.

Presented in partnership with The Ingmar Bergman Foundation, Svenska Institutet, and Janus Films, BAMPFA’s Bergman 100 is part of a worldwide program of screenings, exhibitions, symposia, and other events to commemorate the centenary of Ingmar Bergman (1918-2007). Bergman 100 comprises five thematic installments across 2018, beginning on February 1 with a tribute to Liv Ullmann—who introduces the first two screenings in the program, Persona (February 1) and Shame (February 3). Ullmann’s visit to the Bay Area is presented in collaboration with the Christopher B. Smith Rafael Film Center, which hosts the actress in person on February 2 and 4.

“BAMPFA is very excited to have this rare opportunity to showcase the films of Ingmar Bergman, who holds a central place in the history of cinema and whose lengthy and influential career as a writer/director spans his work in theater, film, and television,” said Senior Film Curator Susan Oxtoby, who organized Bergman 100. “I am especially pleased that we will have the ability to present the retrospective across the entire year, allowing Bay Area audiences many chances to see the films, which will be scheduled thematically and will look forward and backward across Bergman’s work over the decades.”

The program for Bergman 100: A Tribute to Liv Ullmann follows below, along with a comprehensive list of films that screen in subsequent installments of the series. For the most current screening dates, film descriptions, and information about special guests, visit bampfa.org.

Part I: A Tribute to Liv Ullmann

An actress named Elizabeth (Liv Ullmann) elects to become silent and is put into the care of Alma (Bibi Andersson), a nurse companion. The actress’s act has two aspects: it is a wish for ethical purity, but it is also a species of sadism, a virtually impregnable position of strength from which to manipulate her nurse, who is charged with the burden of talking. By the end of the film, the two characters are engaged in a desperate Strindberg-like duel of identities, and Bergman has turned that struggle into a metaphor for the fate of language, art, and consciousness itself.

“Set a tiny step into the future, the film has the inevitability of a common dream . . . One of Bergman’s greatest films, [and] one of the least known” (Pauline Kael). Fleeing a civil war in their country, a couple (Max von Sydow and Liv Ullmann), both musicians, retreat to a remote island to grow fruit and cultivate their mutual love. But war overtakes them, exacting its total surrender of pride, privacy, and finally, principle. An oblique response to the escalating war in Vietnam, Shame expands Bergman’s frame from interpersonal conflicts to political ones.

Hour of the Wolf intertwines supernatural mysteries with the no-less mysterious torments of creativity. Alma (Liv Ullmann) tells of her life on a remote island with her artist husband (Max von Sydow), who has disappeared, leaving only his diary. The strange occurrences she relates invoke the waking nightmares of gothic horror, yet in creating this eerie tale, Bergman drew on his own experiences of isolation on the island of Fårö: “The demons would come to me and wake me up, and they would stand there and talk to me,” he said.

Cries and Whispers depicts the final day of Agnes (Harriet Andersson), who lies in bed with cancer. Her most dear ones—her sisters, Maria (Liv Ullmann) and Karin (Ingrid Thulin), and a companion, Anna (Kari Sylwan)—watch over her. In a film as formal as a clock’s tick, Bergman restricts his palette to colors of blood, his close-ups to the image of the soul. The four women want strength to face life, to overcome fear, to remove the curtain from behind which they look and admire, but do not go forth to touch.

The warm autumnal hues of a house on a lake give a false, perhaps wished-for sense of security to the setting, the home of a pastor and his wife, Eva (Liv Ullmann). Very soon the steely tone of love avoided, attempted, and denied overrides any hope. The arrival of Eva’s mother (Ingrid Bergman), a world-traveling concert pianist, for their first meeting in seven years occasions a near-complete opening out of feelings by daughter and mother. Bergman subtly portrays the mother’s love, grief, and guilt as mercurial posturings of a virtuoso performer.

A blistering sequel to Scenes from a Marriage, Bergman’s final work proved that his grasp of human foibles had only sharpened, not mellowed, with age. Still seething after all these years, ex-spouses Marianne and Johan (Liv Ullmann and Erland Josephson) are reunited when Marianne visits the surly old contrarian on his isolated estate. Slipping into the half-fond, half-insulting dialogue typical of former lovers, the two are soon overshadowed by the ongoing emotional warfare between Johan’s sixty-one-year-old son, Henrik, and Henrik’s teenage daughter, Karin.

We are indebted to Barbro Osher, Consul General of Sweden San Francisco, for her assistance with this retrospective and thank our programming partner Richard Peterson at the Christopher B. Smith Rafael Film Center, where Liv Ullmann will present her films on February 2 and 4.

As an actress, Liv Ullmann made her Norwegian stage debut as Anne in The Diary of Anne Frank, and has since played many of the great classical women’s roles in Oslo, Broadway, Australia, and London’s West End theaters. Following several Norwegian film appearances, she became the first non-Swedish actress to work with director Ingmar Bergman, and earned international acclaim for her performances in films directed by Bergman and Jan Troll. She has received many international awards, including the Golden Globe with four wins, three National Society of Film Critics’ Awards, three New York Film Critics’ Circle Awards, and two Academy Award nominations for Best Actress. As a theater director, she has staged numerous productions in her native Norway and abroad.

Ullmann is the author of two best-selling books. Her first book, Changing (1976), was a Book-of-the-Month selection; and Choices (1984) received France’s Officer of Arts and Letters Award. As a film director and writer, Ullmann released her first movie, Sofie (1993), worldwide. Two years later, her adaptation of Selma Lagerlöf's Nobel Prize-winning saga, Kristin Lavransdatter, became the most successful Norwegian film in more than twenty years. She then directed Ingmar Bergman’s screenplays for Private Confessions and Faithless (2000), which received international acclaim.

About The Ingmar Bergman Foundation

The institution’s collection of more than 19,000 works of art dates from 3000 BCE to the present day and includes important holdings of Neolithic Chinese ceramics, Ming and Qing Dynasty Chinese painting, Old Master works on paper, Italian Baroque painting, early American painting, Abstract Expressionist painting, contemporary photography, and Conceptual art. BAMPFA’s collection also includes more than 17,500 films and videos, including the largest collection of Japanese cinema outside of Japan, impressive holdings of Soviet cinema, West Coast avant-garde film, and seminal video art, as well as hundreds of thousands of articles, reviews, posters, and other ephemera related to the history of film.