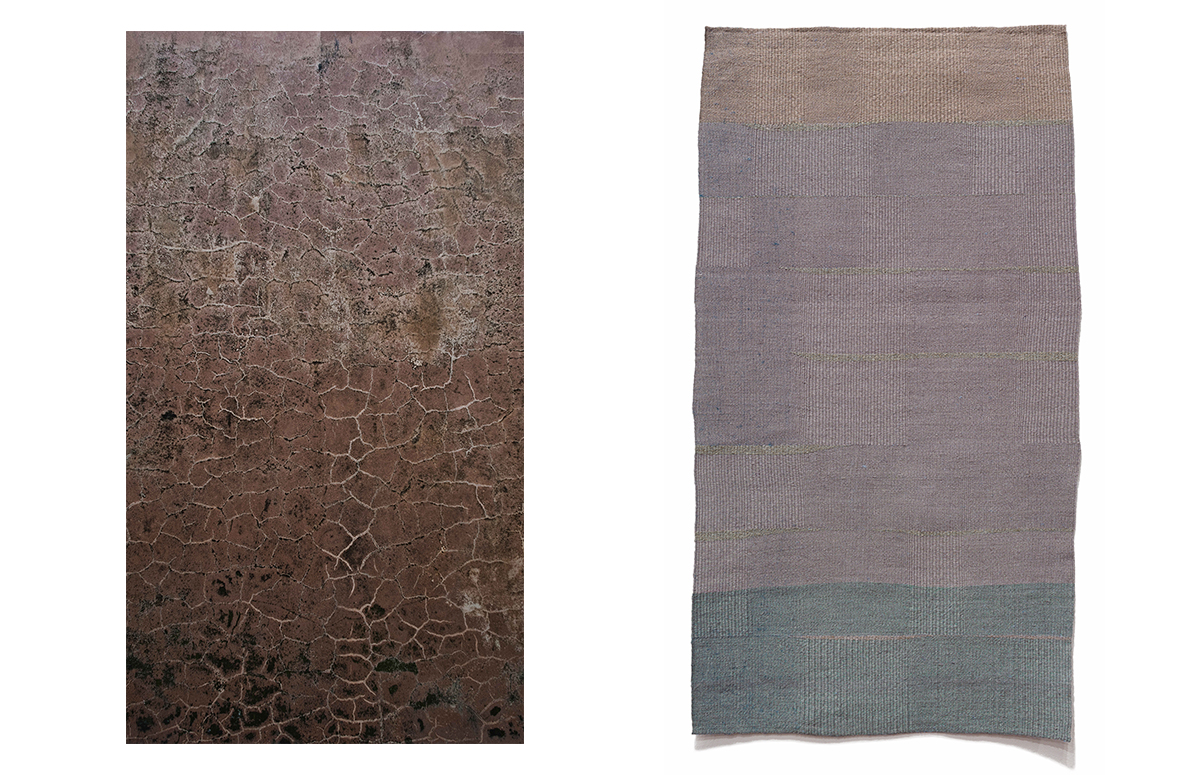 (Berkeley, CA) June 18, 2019—An exhibition at the UC Berkeley Art Museum and Pacific Film Archive (BAMPFA) showcases new series by two Bay Area artists whose work is influenced by Zen Buddhism. No Horizon: Helen Mirra and Sean Thackrey marks the first dual exhibition of work by Helen Mirra and Sean Thackrey, two artists based in Marin County whose respective practices emphasize simplicity, texture, and a deep awareness of place. The exhibition features recent works by each artist, most of which are receiving their first museum presentation.

The title of the exhibition is inspired by Without Horizon, a series of works created by the artist and composer John Cage. A winemaker and art dealer who cofounded the San Francisco gallery Thackrey & Robertson in 1970, Thackrey has sustained a decades-long photography practice, producing works he describes as “objects, marks on paper, produced by photography. . . meant to be objects of contemplation.” The BAMPFA exhibition presents work from Thackrey’s latest extended series, created between 2012 and the present: photographs of weathered slabs of Venetian stone, capturing the subtle yet expressive transformations of Venice’s distinctive limestone surfaces as they slowly decay over time. Each of Thackrey’s photographs are mounted on dyed panels of wood, meticulously crafted to resonate with the distinctive texture of each image.

Thackrey’s photographs invite viewers to engage with the uncanny beauty of seemingly ordinary surfaces, evoking through their simplicity a mood of contemplative repose that reflects the artist’s interest in Zen Buddhism. A longtime Zen practitioner, Helen Mirra arrives at a similar effect through her own distinctive series of works, a set of intimately scaled woven objects that capture her somatic experiences and the outdoor geography of the North Bay landscape. Named for the month in which they were made, these works are characterized by subtle variations in color and texture that seem to shift when viewed from different angles. The nuances of the material—mostly linen, with some wool, cotton, and silk—combine with a restrained palate to convey intuitive sensations of place, atmosphere, and season. The exhibition at BAMPFA includes works Mirra has made in the past three years.

Emerging from different generations and working in different media, Thackrey and Mirra have both created bodies of work that similarly capture the ephemeral beauty of being and time. The minute variations of color and texture in their works reward close viewings and relaxed concentration, recalling the Zen instruction to “do nothing” as a stance of open engagement with the world. Notably both artists have chosen to focus their attention, and that of their viewers, on seemingly everyday materials, highlighting aesthetic and even spiritual dimensions in the simplicity of fabric and stone.

“We’re honored to bring together at BAMPFA two great Bay Area artists whose work embraces the simple act of seeing as an inspiration to deep reflection and understanding,” said BAMPFA Director and Chief Curator Lawrence Rinder, who organized the exhibition. “In both Helen Mirra and Sean Thackrey’s remarkable bodies of work, we are moved by the simultaneous expression of the particular and universal.”

In conjunction with No Horizon: Helen Mirra and Sean Thackrey, BAMPFA presents a reading by Bay Area poets Lyn Hejinian and Frances Richard, who respond to Mirra and Thackrey’s work with original compositions that grapple in language with wordlessness. The reading takes place on Friday, August 23 at 12 p.m. and is free with museum admission.

No Horizon: Helen Mirra and Sean Thackrey is organized by BAMPFA Director and Chief Curator Lawrence Rinder with Curatorial Assistant Lucia Momoh. The exhibition is made possible with lead support from Carla and David Crane.