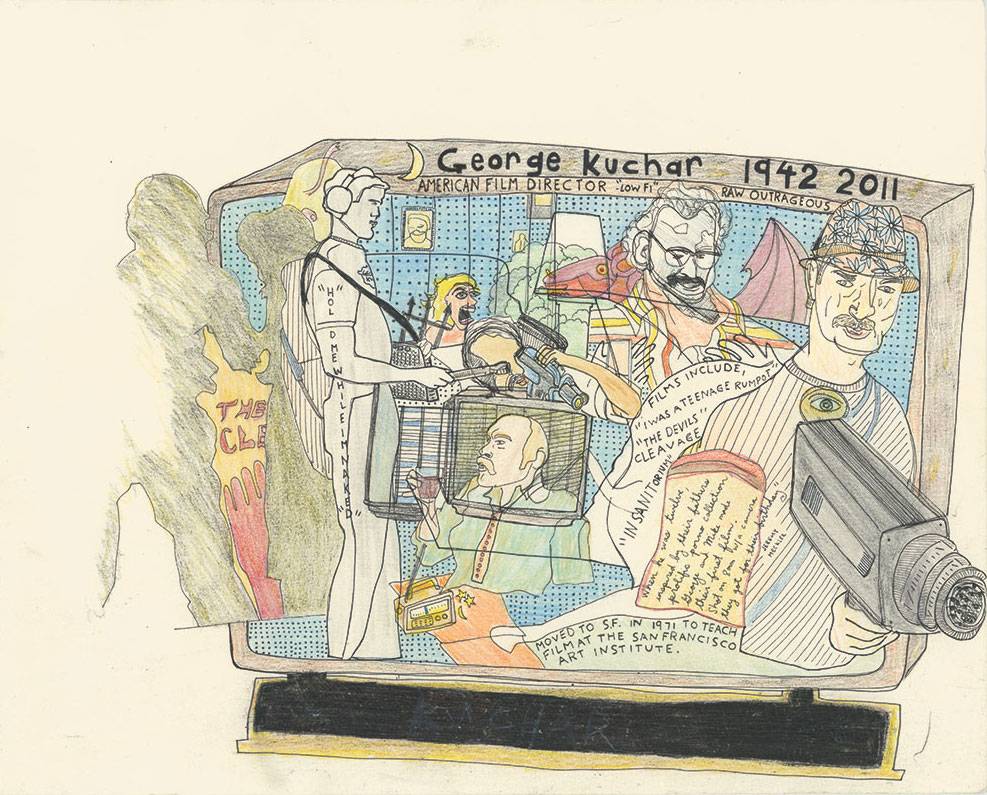 239-Drawing Series Includes Tributes to Many

(Berkeley, CA) September 6, 2017—This fall, a series of 239 drawings by the contemporary artist Veronica De Jesus, who has deep roots in the Bay Area, receives its first comprehensive presentation at the UC Berkeley Art Museum and Pacific Film Archive (BAMPFA). Created between 2004 and 2016, the Memorial Drawings series commemorates the lives of artists, writers, and other notable individuals—including both internationally prominent figures and local community members in the Bay Area, where De Jesus lived prior to her move to Los Angeles in 2016. The latest installment in BAMPFA’s MATRIX Program—which introduces Bay Area audiences to exceptional voices in contemporary art—Veronica De Jesus / MATRIX 268 is the artist’s first solo museum exhibition.

A graduate of UC Berkeley’s MFA program and the San Francisco Art Institute, De Jesus (b. 1970) has been a prominent fixture in the Bay Area arts scene for the past three decades. During that time, she has been widely noted for her work with artists with disabilities, including at The Lighthouse for the Blind in San Francisco and National Institute for Adults with Disabilities in Richmond. In 2004, she began what eventually became the Memorial Drawings series with portraits of the chef Julia Child and the Polish poet Czesław Miłosz, created shortly after their deaths; the series quickly expanded to include a wide range of recently deceased creative figures, including the artist’s friends and community members. Her subjects range from household names like Michael Jackson and Roger Ebert to unsung Bay Area personalities such as Mission District Community Organizer Eric Quezada and Campbell Soup Factory Employee Robert Thiereff. The style of the portraits varies from austere black-and-white sketches to intricately detailed color drawings, often including quotations or distinctive iconography from the subject’s life.

Over the years, many images from the Memorial Drawings series have been displayed in the windows of San Francisco’s Dog Eared Books, where De Jesus worked and where her drawings became known as a focal point for loss and remembrance within the neighborhood’s rapidly gentrifying community. In conjunction with the artist’s MATRIX exhibition, the Memorial Drawings series is being published in the book, People are a light to Love (Rite Editions), available at the BAMPFA Store. De Jesus returns to the Bay Area this fall, during which she presents an artist’s talk at BAMPFA on Wednesday, October 25 at 12 p.m.

“It’s a great pleasure to present the first solo museum exhibition of an artist who has contributed so much to the vibrancy of the arts in the Bay Area. Veronica’s work has much to tell us about how artists can belong, and contribute, to their community,” said BAMPFA Director and Chief Curator Lawrence Rinder. “This presentation of Veronica’s remarkable Memorial Drawings series reflects BAMPFA’s aspiration to be a cultural town square, a place of intersection, connection, and engagement.”

“The eclectic scope of the Memorial Drawings series speaks to Veronica’s profoundly humanistic approach to the act of memorialization, which presents each individual’s life is worthy of recognition,” said Apsara DiQuinzio, BAMPFA’s curator of modern and contemporary art and Phyllis C. Wattis MATRIX curator. “This theme of universal human value is central to Veronica’s artistic practice—including her work with disabled artists in the Bay Area—and invites us to reflect on both the lives of her individual subjects and on broader themes of community, memory, and generosity, in a time marked by political divisiveness.”

Veronica De Jesus / MATRIX 268 is organized by Apsara DiQuinzio, curator of modern and contemporary art and Phyllis C. Wattis MATRIX Curator, with Matthew Coleman, curatorial assistant. The MATRIX Program is made possible by a generous endowment gift from Phyllis C. Wattis and the continued support of the BAMPFA Trustees.