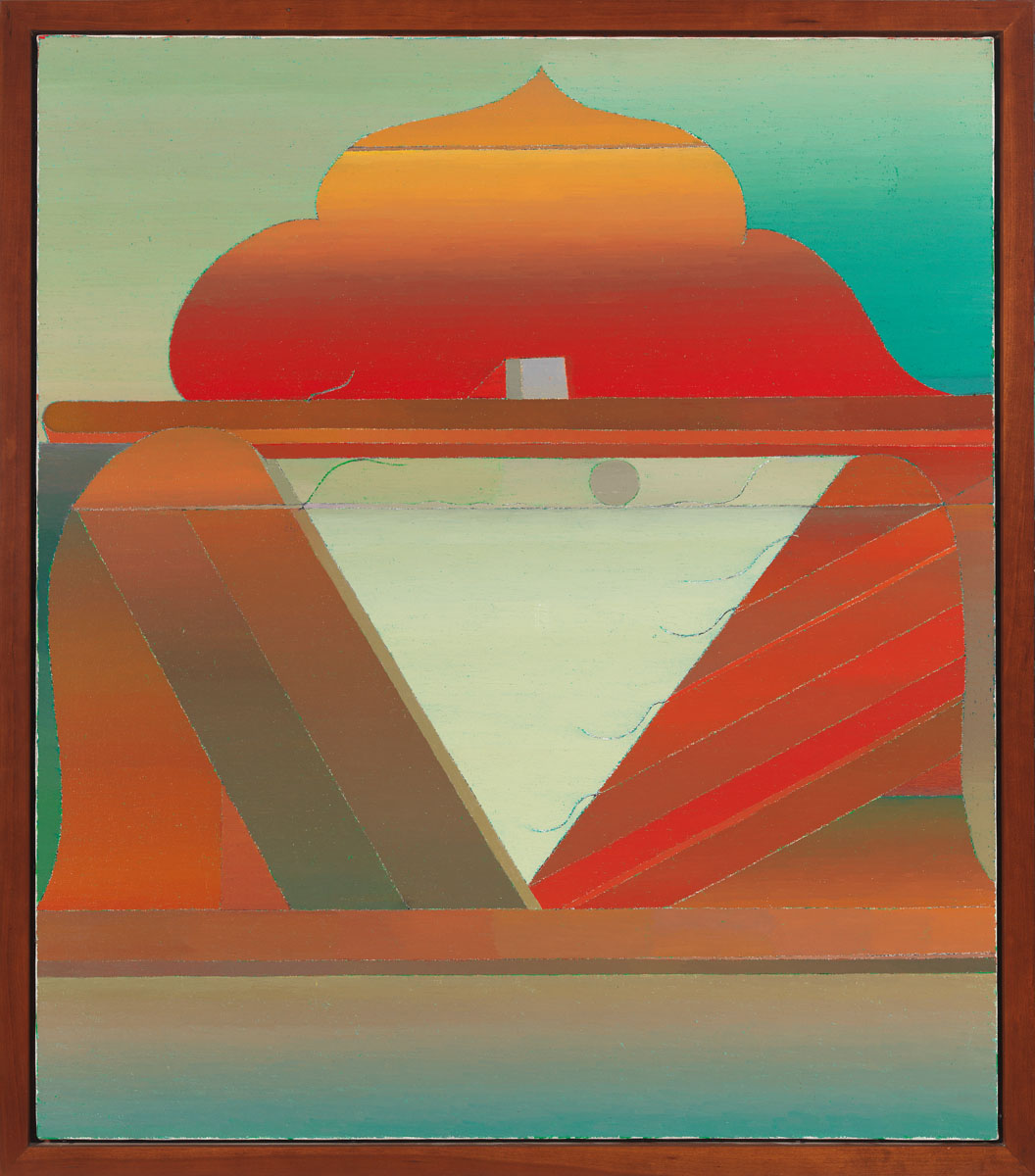 (Berkeley, CA) September 18, 2017—The work of one of Chicago’s significant, yet understudied abstract painters receives its first museum presentation in nearly four decades this fall at the UC Berkeley Art Museum and Pacific Film Archive (BAMPFA). Miyoko Ito / MATRIX 267marks the first solo exhibition of work by Miyoko Ito (1918–1983) in her native Berkeley, where she was born and raised in a Japanese American family before relocating to Chicago after World War II. Spanning several decades of the artist’s practice, the exhibition is the latest installment in BAMPFA’s MATRIX Program, which introduces Bay Area audiences to exceptional voices in contemporary art.

Ito first came to prominence in Chicago’s vibrant postwar art scene, where her abstract compositions, often inflected with Surrealist undertones, were an influence on a younger generation of artists—including Roger Brown, Gladys Nilsson, Jim Nutt, Barbara Rossi, and others—who became associated with the Chicago Imagist movement. Ito’s practice began in Berkeley, where she was a student in UC Berkeley’s Department of Art Practice. Her studies were interrupted by WWII, when she and her husband were forced to move to Tanforan, an internment camp in San Bruno, along with thousands of other Japanese Americans. Once liberated, Ito briefly pursued graduate studies at Smith College before transferring to the School of the Art Institute of Chicago.

Sometimes referred to as “organic abstraction,” Ito’s paintings are characterized by nuanced colors and geometric forms that seem to hint at a dreamlike topography or suggest elusive figures. The twelve works selected for the BAMPFA exhibition span 23 years of the artist’s practice, during which she exhibited at Chicago’s Hyde Park Art Center and had a retrospective at the Renaissance Society in 1980. In 1972, Chicago’s Museum of Contemporary Art featured Ito’s work in the landmark group exhibition Chicago Imagist Art, affirming her role as an instigating figure in this internationally recognized movement. She received numerous accolades throughout her career, including a Guggenheim Fellowship in 1977. Yet her work has remained little known outside of Chicago, an oversight this exhibition seeks to rectify by presenting this selection of extraordinary paintings to West Coast audiences.

“We are thrilled to be hosting this homecoming of sorts for Miyoko Ito, bringing her work to Berkeley where she was born and raised, and yet where it has never been shown,” said Apsara DiQuinzio, curator of modern and contemporary art and Phyllis C. Wattis MATRIX curator at BAMPFA. “Despite its historical nature, this exhibition upholds the MATRIX objective to introduce Bay Area audiences to new, important work that may have been overlooked in the past, and which is just as relevant and fresh now as it was when it was made.”

"Ito’s legacy primarily lies in her articulation of the tension between inner and outer lives. Many of her works position a highly constructed form against a distant horizon of saturated color. The reference to landscape painting is overt, but her work compellingly suggests a deeper engagement with psychological environments," said Guest Curator Jordan Stein. "In this way, Ito’s paintings are both first-person and topographic—pictures of an artist endeavoring to place herself in often hazy and remote surroundings."

In conjunction with the exhibition opening, BAMPFA hosts a curator’s talk with Stein on Wednesday, September 27 at 6 p.m. Stein also presents a lecture on Ito’s work on Sunday, December 2 at 1 p.m. that includes excerpts from a rare video interview with the artist. On Saturday, October 14 at 11:30 a.m. and 1 p.m., BAMPFA hosts a family-friendly gallery and studio workshop with local artist Erin McCluskey Wheeler inspired by Ito’s distinctive use of color. All programs are free with admission.

Miyoko Ito / MATRIX 267 is organized by guest curator Jordan Stein. The MATRIX Program is made possible by a generous endowment gift from Phyllis C. Wattis and the continued support of the BAMPFA Trustees.