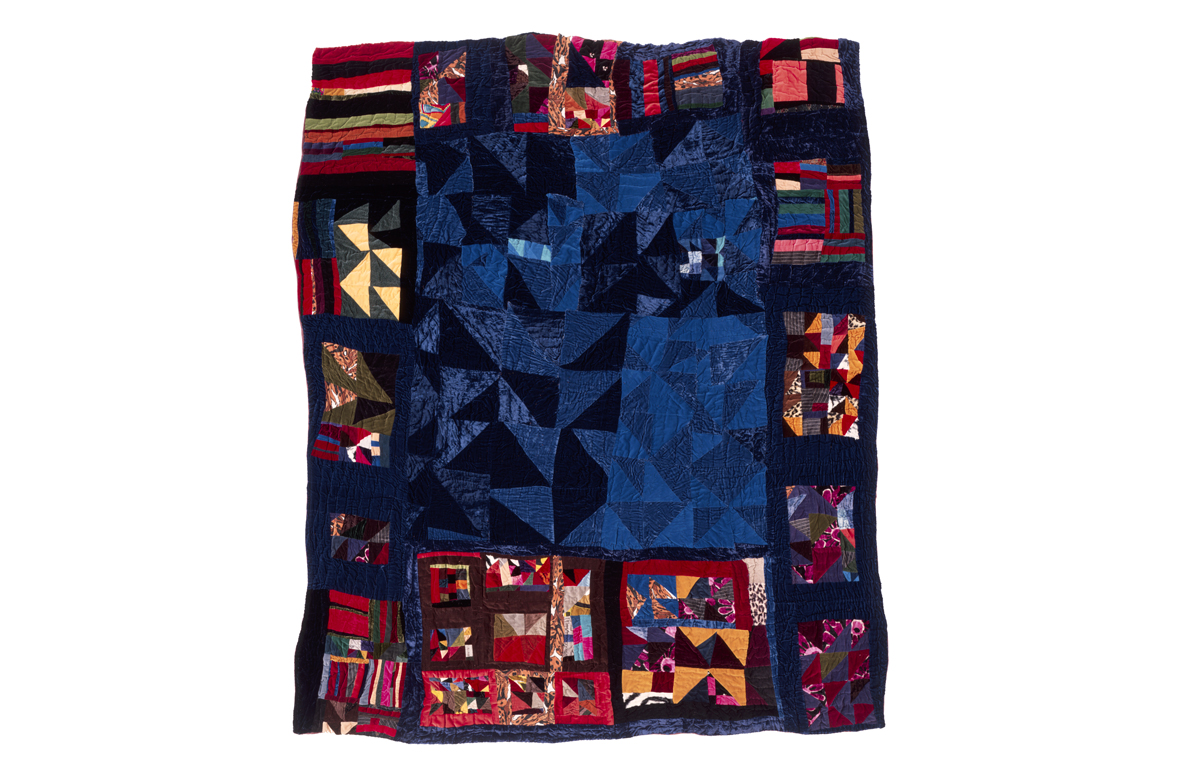 Exhibition Marks Largest Retrospective of Work by Tompkins, Including Dozens of Quilts That Have Never Been Seen Previously

(Berkeley, CA) February 3, 2020—On February 19, 2020, the Berkeley Art Museum and Pacific Film Archive (BAMPFA) will open a massive retrospective of nearly seventy works by Rosie Lee Tompkins, drawing on a historic bequest of African American quilts that the museum announced in 2019. An internationally renowned artist based in Richmond, CA, Tompkins (1936-2006) contributed more than five hundred quilts to the collection of Eli Leon, a scholar and advocate for African American quiltmaking traditions who donated his entire collection of nearly three thousand works to BAMPFA. Rosie Lee Tompkins: A Retrospective marks the first exhibition at BAMPFA of Tompkins’s work since this transformative bequest, and it includes dozens of quilts that have never been exhibited previously.

An Oakland-based psychologist, collector, and art scholar, Eli Leon (1935-2018) spent more than thirty years assembling his collection of African American quilts, which encompasses the large majority of Rosie Lee Tompkins’s total body of work. Leon was a close friend and early champion of Tompkins, organizing at the Richmond Art Center one of the first exhibitions to feature her quilts. He also worked with BAMPFA in 1997 to organize the first solo exhibition of Tompkins’s work; that exhibition was curated by BAMPFA’s current director and chief curator Lawrence Rinder, who is co-organizing Rosie Lee Tompkins: A Retrospective with Andrew W. Mellon Postdoctoral Curatorial Fellow Elaine Yau. The exhibition features sixty-seven works by Tompkins, making it the largest retrospective that the artist has ever received.

BAMPFA learned of the bequest only after Leon passed away in 2018, having willed his African American quilt collection to the museum. Since receiving the bequest, BAMPFA has undertaken an extensive process of research and condition assessment for these holdings, which has never been comprehensively cataloged until now. A subsequent exhibition showcasing the broader collection—with works by Tompkins as well as by many other important artists, including Sherry Byrd, Willia Ette Graham, and Arbie Williams—is planned for early 2022.

Born Effie Mae Howard in 1936 in Arkansas, the artist later adopted the pseudonym Rosie Lee Tompkins. She learned quilting from her mother as a child but did not begin to practice the craft seriously until the 1980s, when she relocated to the Bay Area. Often inspired by her belief in God, Tompkins made quilts directed toward her own healing and spirituality and to honor family members. She employed a wide variety of traditional patterns, including half-squares, medallions, and yo-yos, exploring and adapting these approaches through her individual sensibility and integrating such favorite fabrics as velvet, artificial fur, and various types of glittery material. She also frequently incorporated embroidery—stitching words and citations of Christian scripture—as well as printed images on recycled clothes, which suggest the artist’s commentary on contemporary social, political, and cultural events.

“Rosie Lee Tompkins was an astonishingly original and visionary artist whose work delivers a powerful visual, emotional, and even spiritual experience,” said Rinder. “Drawing on the rich history of quilting in the African American community, Tompkins's formally and technically innovative work also defies conventions and expectations. Overlaying references to personal experience with an evocation of cosmic grandeur, Tompkins combines the personal and the universal in works of sensual richness and aesthetic grace.”