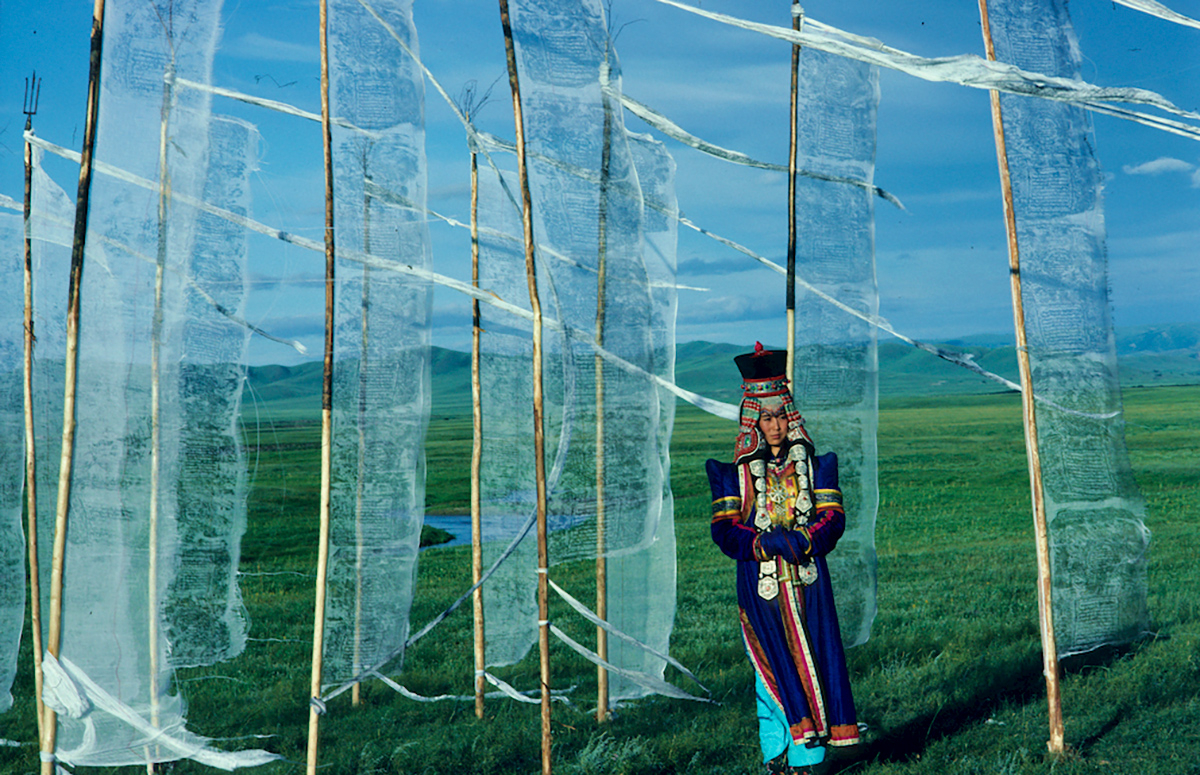 (Berkeley, CA)—The distinguished filmmaker, visual artist, and stage director Ulrike Ottinger will visit the UC Berkeley and Pacific Film Archive (BAMPFA) this spring in conjunction with a major new photography exhibition and film series of her work. From March 8 through June 28, BAMPFA will screen a selection of some of the most notable films by the Berlin-based Ottinger, whose work combines documentary and narrative techniques to explore the complexities of cross-cultural exchange. East Meets West: The Films of Ulrike Ottinger includes the North American premiere of Ottinger’s latest film Paris Calligrammes, which will screen at BAMPFA on April 11 as part of the SFFILM Festival program. Concurrently, the museum will also present a survey of Ottinger’s photography, as part of its MATRIX Program for Contemporary Art.

After a celebrated visit to the Bay Area in March 2019, Ottinger returns to BAMPFA following her recent acclaim at the Berlin Film Festival, where Paris Calligrammes received the prestigious Berlinale Camera. The film is the latest installment in Ottinger’s five-decade career as a film director and cinematographer, during which she has traveled the world exploring moments of cultural collision in settings ranging from her hometown of Berlin to northern Mongolia to the Jewish community of 1930s Shanghai. Her body of work encompasses both feature and documentary films, including multiple projects of extended length, such as the twelve-hour documentary exploration of the Bering Sea Chamisso’s Shadow—which will screen over multiple dates at BAMPFA following its sold-out presentation in 2019.

Coinciding with the film series, Ulrike Ottinger / MATRIX 276 marks a rare North American presentation of Ottinger’s work as a still photographer. On view at BAMPFA from March 25 through June 28, this multidecade survey of Ottinger’s photographs complement the film series by depicting in both portraiture and landscape imagery many of the same settings portrayed in her films. Ottinger’s striking, meticulously composed images share a common theme of cultures in transition, providing intimate snapshots individuals and communities as they are reshaped by historical and environmental forces.

Both the exhibition and film series are organized by Susan Oxtoby, BAMPFA’s director of film and senior film curator. Oxtoby will join Ottinger for an artist’s and curator’s talk at BAMPFA on Wednesday, March 25 at 12 PM. The talk is free with museum admission. Ottinger will also appear in person at multiple BAMPFA screenings during her residency in Berkeley; a complete list of films in the series, including Ottinger’s appearances, follows below and can be viewed online.

Laocoon & Sons: The Story of the Transformation of Esmeralda del Rio (1972-73) – Ulrike Ottinger in Person

Chamisso’s Shadow: A Journey to the Bering Sea in Three Chapters. Chapter 1: Alaska and the Aleutian Islands (2016) – Ulrike Ottinger in Person

Chamisso’s Shadow: A Journey to the Bering Sea in Three Chapters. Chapter 3: Kamchatka and Bering Island (2016)

Ulrike Ottinger / MATRIX 276 is organized by Susan Oxtoby, director of film and senior film curator, with Claire Frost, curatorial assistant. The MATRIX Program is made possible by a generous endowment gift from Phyllis C. Wattis and the continued support of the BAMPFA Trustees.

2020 SFFILM Festival
The longest-running film festival in the Americas, the San Francisco International Film Festival (SFFILM Festival) is an extraordinary showcase of cinematic discovery and innovation in one of the country’s most beautiful cities. The 63rd edition runs April 8–21 at venues across the Bay Area and features nearly 200 films and live events, 14 juried awards with close to $40,000 in cash prizes, and upwards of 100 participating filmmaker guests.