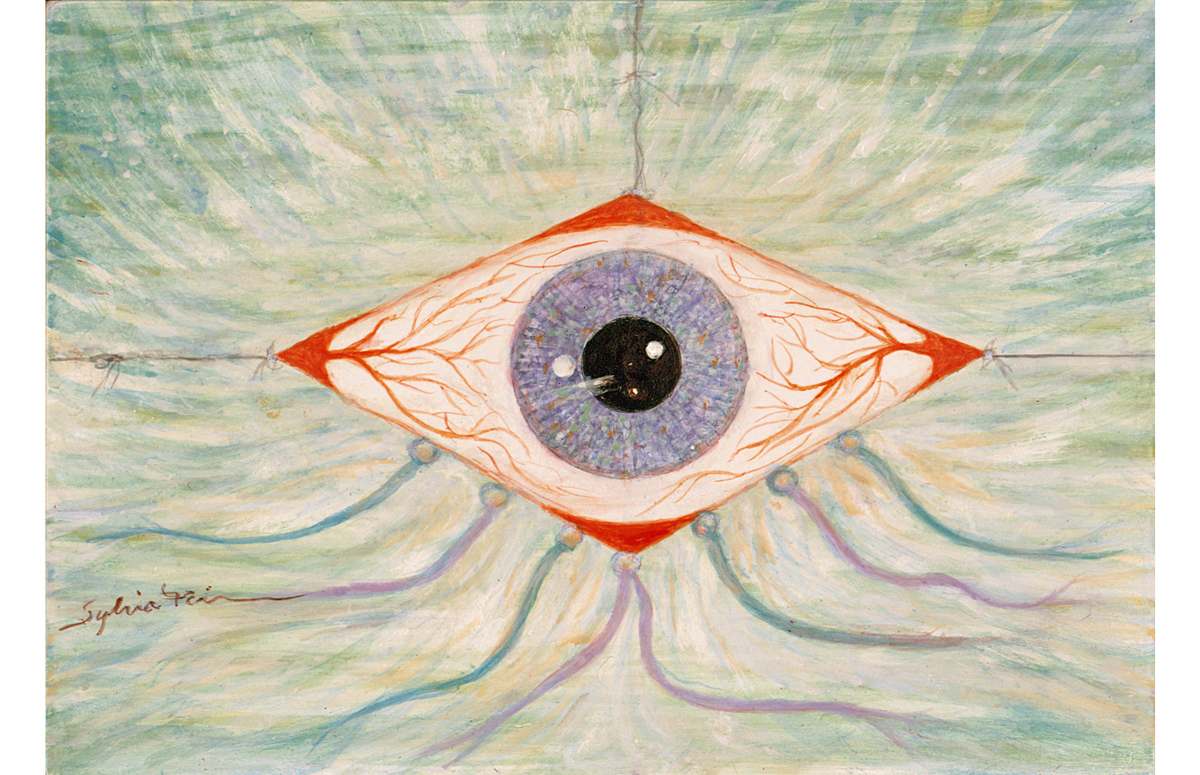 (Berkeley, CA) October 23, 2019—Sylvia Fein, one of the most prominent artists of the Midwest Surrealist movement, is the subject of a major new exhibition at the UC Berkeley Art Museum and Pacific Film Archive (BAMPFA) this fall. Sylvia Fein / MATRIX 275 features nearly three dozen paintings made over a seventy-year period by the Martinez-based artist, who will observe her 100th birthday shortly after the exhibition opens. The first solo museum exhibition Fein has received in more than a decade, Sylvia Fein / MATRIX 275 marks the latest installment BAMPFA’s MATRIX Program, an exhibition series that highlights distinctive and important voices in contemporary art.

Born in Milwaukee, Fein studied painting at the University of Wisconsin–Madison and became closely associated with the community of Midwest Surrealists that emerged in the mid-twentieth century as an American response to the European Surrealist movement. Fein’s paintings are noted for her use of egg tempera, a centuries-old practice that endows her imagery with a distinctively luminous quality. Like other Surrealists, Fein often employs strange or dreamlike imagery in her work, frequently repeating certain motifs, such as disembodied eyes or catlike visages emerging from colorful abstract backgrounds. Many of her works, however, are more representational in character, such as a series of Northern California landscape paintings made after she settled with her husband in the East Bay during the postwar era.

Fein first rose to national prominence in the late 1940s, when she exhibited in the Whitney Annual along with Jackson Pollock, Roberto Matta, and others. Over the course of a long and celebrated career, her work has been exhibited alongside that of other notable Surrealists, including Frida Kahlo, Leonora Carrington, Dorothea Tanning, and Remedios Varo. Today, Fein continues to paint frequently, and she cultivates an extensive orchard of olive trees outside Martinez.

The thirty-five paintings chosen for Fein’s MATRIX exhibition represent the full spectrum of the artist’s varied creative output, from figurative landscape paintings to surreal images of eyes, trees, and the cosmos. The exhibition includes works as early as a fantastical 1946 landscape made in Mexico, and a painting from 2012 that depicts four towering infernos against a vivid green-and-black background. Fein is expected to attend the exhibition opening and deliver an artist’s talk on Wednesday, November 13, at noon; the artist’s talk is free with museum admission.

“We’re delighted to celebrate Sylvia’s remarkable body of work—and her 100th birthday—with an exhibition that will reacquaint Bay Area audiences with her unique contributions to the American Surrealist canon,” said BAMPFA Director and Chief Curator Lawrence Rinder, who curated the exhibition. “Together with BAMPFA’s other surreal exhibition this season, Strange—which prominently features one of Sylvia’s fascinating eye paintings—Sylvia’s MATRIX presentation reminds us of Surrealism’s power to suggest new and evocative ways of seeing the world around us.”

Sylvia Fein / MATRIX 275 is organized by Director and Chief Curator Lawrence Rinder with Curatorial Assistant Lucia Momoh. The MATRIX Program is made possible by a generous endowment gift from Phyllis C. Wattis and the continued support of the BAMPFA Trustees.