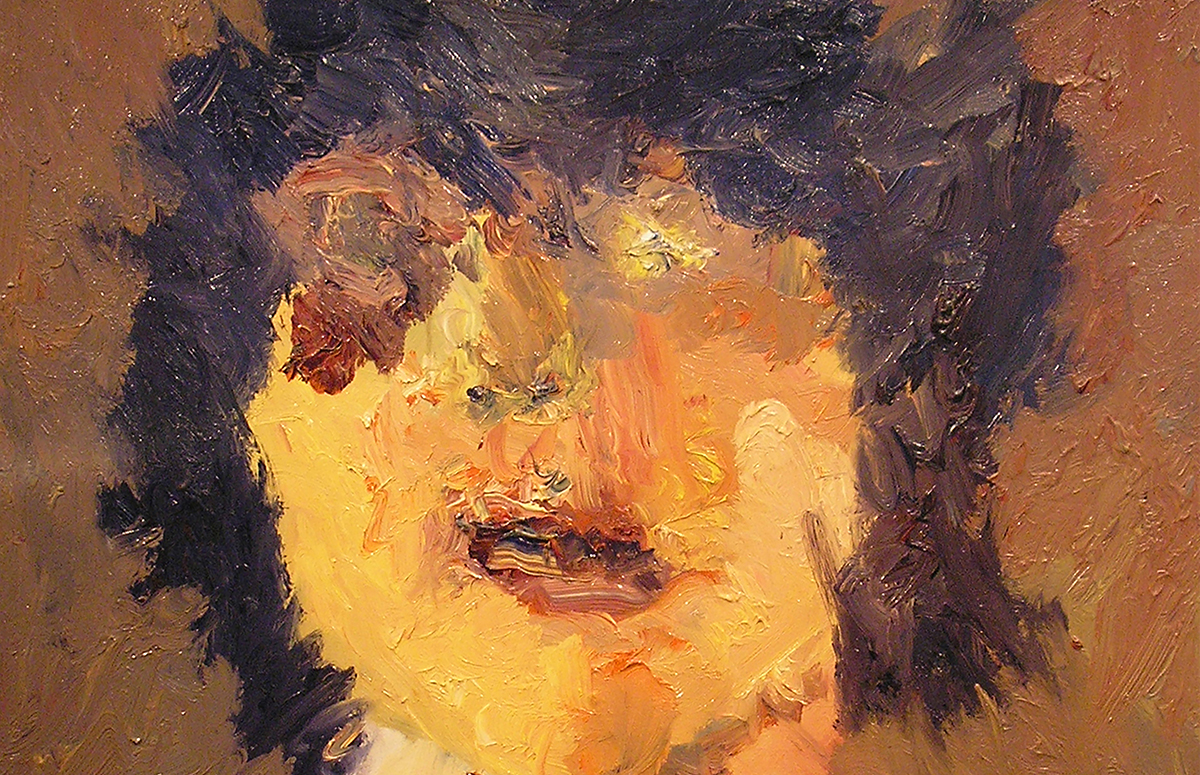 (Berkeley, CA) November 17, 2022—The UC Berkeley Art Museum and Pacific Film Archive (BAMPFA) will mount the first museum exhibition of work by Frank Moore, the late Berkeley artist who was an important figure in the Bay Area’s counterculture movement during the 1970s. The exhibition will feature nearly thirty of Moore’s paintings, an underexamined aspect of the artist’s prodigious career—which also encompassed poetry, music, performance art, filmmaking, shamanic rituals, and public access television over five decades of creative output. The latest installment in the museum’s MATRIX Program for Contemporary Art, Frank Moore / MATRIX 280: Theater of Human Melting highlights the acquisition by BAMPFA of two paintings by Moore, including his iconic portrait of the musician Patti Smith.

Born with a disability that affected his speech and movement, Moore (1946-2013) produced a vast body of work focused on the relationships between bodies and objects, subjects and observers. A graduate of the San Francisco Art Institute, Moore was deeply influenced by the countercultural currents of the Bay Area during the 1970s, becoming widely known for provocative performance art presentations that incorporated nudity and eroticism as well as shamanic practices and durational elements. Moore also published extensively as a poet, playwright, and essayist, and beginning in the early 2000s he produced a recurring arts program for Berkeley’s public access channel that later transitioned into a web series. He also remained active in radical politics until the end of his life, most notably as a write-in candidate for President in 2008.

Amid this eclectic output, Moore’s work as a painter remains comparatively underrecognized, despite its centrality to his creative practice from the 1960s through the 1980s. Frank Moore / MATRIX 280: Theater of Human Melting offers an opportunity to reconsider this important aspect of Moore’s artistic legacy, presenting twenty-nine works that will be displayed salon-style in the exhibition gallery. The exhibition will highlight Moore’s distinctive use of oil paint to create evocative still lifes, landscapes, and portraiture, with subjects ranging from anonymous nudes to pop culture icons like Batman and Darth Vader. Among the notable works in the exhibition are a painting of Frankenstein’s monster, a rarely seen self-portrait of the artist, and two paintings that were acquired by BAMPFA in 2018: Mariah(1977), and Patti Smith (1979).

Frank Moore / MATRIX 280: Theater of Human Melting is guest curated by Vincent Fecteau and Keith Wilson, both working artists with deep connections to the Bay Area. Their work on the exhibition draws in part on Moore’s extensive archives, which are currently held at UC Berkeley’s Bancroft Library. To provide additional context on Moore’s life and work, the curators have chosen to include the video Let Me Be Frank, a trailer for a documentary series about the artist that will play on a loop in the exhibition gallery.

“We hope this exhibition provides an opportunity for Berkeley and the Bay Area to encounter Frank Moore’s exuberant, confrontational, and at times discomforting work,” said Wilson. “Yes, the paintings were rendered with a brush attached to Frank’s head band, but we are most interested in the way the work points to a universal desire for deeper, embodied connections in a world of increasing fragmentation and isolation.”

In conjunction with the exhibition, Fecteau and Wilson will give a curator’s talk at BAMPFA on Wednesday, January 25 at 5:30 p.m. BAMPFA is also publishing an illustrated brochure to accompany the exhibition, featuring a new essay by the curators that contextualizes Moore’s paintings in the context of his broader creative practice. Additional public programs will be announced in the coming weeks; visit bampfa.org for the latest updates.

“BAMPFA is delighted to present the first museum exhibition of Frank Moore right here at his hometown museum, which will reintroduce our audiences to an artist whose singular vision was shaped by this vibrant creative community,” said BAMPFA’s Executive Director Julie Rodrigues Widholm. “Given Berkeley’s proud history as the birthplace of the disability rights movement, it’s especially meaningful for us to revisit the work of a Berkeley artist who was unbound by his physical limitations, and whose spirit of artistic innovation and inclusivity continues to inspire.”

Frank Moore / MATRIX 280: Theater of Human Melting is organized by BAMPFA staff and guest curated by Vincent Fecteau and Keith Wilson, with BAMPFA Curatorial Assistant Claire Frost. The MATRIX program is made possible by a generous endowment gift from Phyllis C. Wattis.

FREE BAMPFA members; UC Berkeley students, faculty, staff; 18 and under; one adult per child 13 and under; and artists in the BAMPFA collection/MATRIX

One of the nation’s leading university museums, the UC Berkeley Art Museum and Pacific Film Archive (BAMPFA) is a forum for cultural experiences that transform individuals and advance the local, national, and global discourse on art and film. As the premier visual arts venue at the top U.S. public research university, BAMPFA is uniquely dedicated to art and film in equal measure. Its annual program encompasses exhibitions, screenings, and public programs that connect visitors from campus, across the Bay Area, and beyond with the leading artists and filmmakers of our time.

BAMPFA takes a contemporary and critical perspective on its wide-ranging collections. The museum’s holdings of more than 28,000 works of art include particular strengths in 20th- and 21st-century work, including Abstract Expressionist painting, contemporary photography, conceptual art, and African American quilts, along with focused historical collections of 19th-century American folk art and early American painting, Italian Baroque painting, Old Master works on paper, and East Asian paintings. BAMPFA’s collection also includes more than 18,000 films and videos, representing the largest collection of Japanese cinema outside of Japan and impressive holdings of Soviet cinema, West Coast avant-garde film, and seminal video art, as well as hundreds of thousands of articles, reviews, posters, and other ephemera related to the history of film.

Founded as the University Art Museum in 1970 and initially housed in a Brutalist structure designed by Mario Ciampi, BAMPFA relocated in 2016 to a new facility designed by Diller Scofidio + Renfro in the heart of downtown Berkeley, where it has become an anchor for the city’s flourishing arts district. The museum’s curatorial strategies reflect the rich diversity of the UC Berkeley campus and the greater Bay Area through programming that is interdisciplinary, intergenerational, and international in scope. A locally connected, globally relevant institution, BAMPFA is deeply dedicated to its role as an educational space for UC Berkeley scholars and the general public. It fulfills this mission with three distinguished study centers—the James Cahill Asian Art Study Center, the Film Library and Study Center, and the Florence Helzel Works on Paper Study Center—as well as a range of collaborations with the university’s academic departments and student organizations.