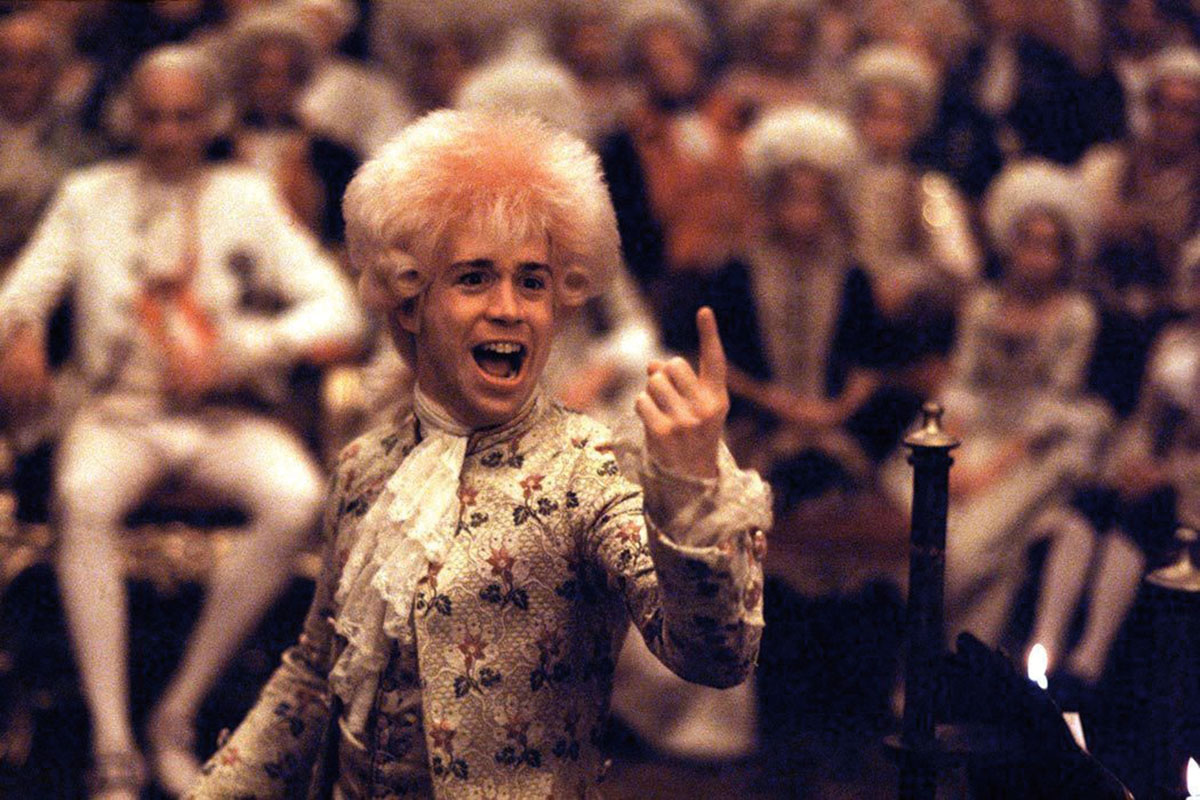 (Berkeley, CA) May 17, 2018—The University of California, Berkeley Art Museum and Pacific Film Archive (BAMPFA) opens its summer film season with Early Music on Film, presented in association with the Berkeley Festival & Exhibition (BFX). For the second time BFX, the Bay Area’s premier early music festival, partners with BAMPFA to present a thematic film series related to music from the Baroque, Classical, and Romantic periods. This year’s events at BAMPFA also include three concerts from BFX’s Fringe Festival.

Alongside the film series, BAMPFA also hosts three live performances as part of the BFX Fringe program, which complements the Festival’s mainstage events. BAMPFA’s live performances during the festival include appearances by the Junior Recorder Societyas well as the distinguished early music ensembles Vajra Voices and Galax Quartet.

BAMPFA’s screenings and performances during BFX mark the second installment of BAMPFA’s ongoing partnership with the biennial festival, which has been a cornerstone of the Bay Area’s early music scene since it was founded in 1990. This year’s festival runs from June 3–10; a full program schedule can be found at www.berkeleyfestival.org.

Tickets to BAMPFA film screenings are $13 for general admission; $9 for UC Berkeley faculty and staff, non-UC Berkeley students, disabled persons, and seniors; $8 for BAMPFA members; and $5 for UC Berkeley students. Tickets to BAMPFA’s live performances are $20 for Vajra Voices; $15 for Galax Quartet; and free with museum admission for the Junior Recorder Society. For more information and to purchase tickets, visit https://bampfa.org/program/early-music-film-2018.

A full list of BAMPFA screenings and live performances during BFX follows:

“A film is—or should be—more like music than like fiction. It should be a progression of moods and feelings. The theme, what’s behind the emotion, the meaning, all that comes later,” Stanley Kubrick said. The Oscar-winning soundtrack of Barry Lyndon features Irish traditional music and military marches, along with baroque and classical themes by Mozart, Vivaldi, Bach, Handel, Schubert, and Paisiello. Kubrick’s impressive historical drama of the travails of a young Irishman (Ryan O’Neal) who is determined to make a life for himself as a wealthy nobleman is a beloved cinematic fable made with extraordinary attention to visual and aural design.

A behind-the-scenes look at a production of Handel’s 1709 opera performed at the Staatsoper Unter den Linden by the Akademie für Alte Musik Berlin conducted by René Jacobs. Our heroine, Agrippina (soprano Alexandrina Pendatchanska), is the wife of Claudius and mother of Nero, and the baddest of Handel’s bad girls: a Machiavellian mother figure obsessed with power and politics who ruthlessly shapes her son’s future. Capturing the electric and audacious musical spirit and psychological sophistication of Handel’s Venetian opera, Facing Agrippina documents a first-rate production designed by Christian Lacroix and directed by Vincent Boussard.

A wonderful minimalist interpretation by the American avant-garde stage director Robert Wilson of Claudio Monteverdi’s seminal first opera from 1607, which tells the dramatic story from Ovid’s Metamorphosis of the descent of Orfeo (Georg Nigl) into the underworld to recover his beloved wife Euridice (Roberta Invernizzi). In this 2009 production for La Scala, Wilson based the visual design on paintings by Titian. The opera receives a powerful and inspiring performance by the Orchestra of Teatro alla Scala and Concerto Italiano under the direction of much-admired Italian early music specialist Rinaldo Alessandrini.

Handel’s first oratorio, with its virtuosic arias, brilliant concertos, and powerful ensemble work, was first performed in Rome in 1707. Based on allegorical concepts, Il trionfo was never intended to be fully staged. Yet for this interpretation, stage director Krzysztof Warlikowski adapts the work to a contemporary setting with a nuclear family at its center. With Emmanuelle Haïm conducting her ensemble Le Concert d’Astrée, a standout cast features soprano Sabine Devieilhe as the vulnerable yet bold Beauty; Franco Fagioli as her ne’er-do-well brother, Pleasure; and Sara Mingardo and Michael Spyres as benevolent parental figures, Truth and Time.

Sergei Paradjanov’s paean to his Armenian heritage is an exotic mosaic of the mystical and historical that achieves a surreal effect. In tracing the life of the great eighteenth-century Armenian poet and monk Sayat Nova through his writings, Paradjanov weaves a metaphorical short history of the Armenian nation, telling of Turkish genocide, Persian invasions, and a vast migration to the Russian section in the early twentieth century, all through daringly symbolic imagery. Beyond this the film is an extraordinary artistic rendering of ceremony and ritual, architecture, iconography, and period music that, even for the uninitiated, works its extraordinary magic.

Peter Shaffer rewrote history in his “black opera” Amadeus, then rewrote the play for Milos Forman’s color extravaganza. It takes the form of a confession, thirty-two years after Mozart’s death, by his supposed murderer, Antonio Salieri (F. Murray Abraham), a mediocre composer who alone perceived the sublime genius of Mozart’s music. Seen through Salieri’s eyes, Tom Hulce’s Mozart never veers from a cartoon portrayal of the “obscene child”; he is indeed an unlikely if not unworthy vessel of divine inspiration, yet paradoxically, one whose talent could only be explained by divine intervention. Music conducted by Neville Marriner and performed by the Academy of St. Martin in the Fields; Ambrosian Opera Chorus; and the Choristers of Westminster Abbey.

Love triumphs over all, as a young man seeks to rescue a beautiful princess from the hands of an evil sorcerer. Mozart’s playful Magic Flute is brought to joyous cinematic life by Bergman, an acclaimed organist and musicologist who once declared that he would have become a conductor if film had not claimed him first. “Shot in sumptuous color by Sven Nykvist, and featuring some of the finest Nordic singers of the day . . . Mozart’s magic has been neither betrayed nor merely reproduced by Bergman, but rather filtered through the Swedish maestro’s own metaphysical vision in a remarkable act of homage” (Peter Cowie).

Fifteen East Bay children from third through tenth grade, under the direction of early music specialists Louise Carslake and Hanneke van Proosdij, make up the Junior Recorder Society. In celebration of their twentieth anniversary, they return to BAMPFA to delight us with period music performed on wind instruments of various sizes.

The Galax Quartet performs with guest soloists Stephen Schultz (baroque flute) and Cheryl Ann Fulton (harp). Highlights include a world premiere by composer Nancy Galbraith; Jacques Meyer's Sonata for Harp and String Quartet, with new reconstructions of the lost string parts; and a portion of Art of the Fugue with both the C. P. E. Bach and the Busoni versions of J. S. Bach's unfinished final fugue.

Copresented with the Berkeley Festival. Thanks to David Tayler and Hanneke van Proosdij, Voices of Music, for assisting with the curation of the film series, and to Robert Cole, Berkeley Festival, and Harvey Malloy, San Francisco Early Music Society, for their support of this project.