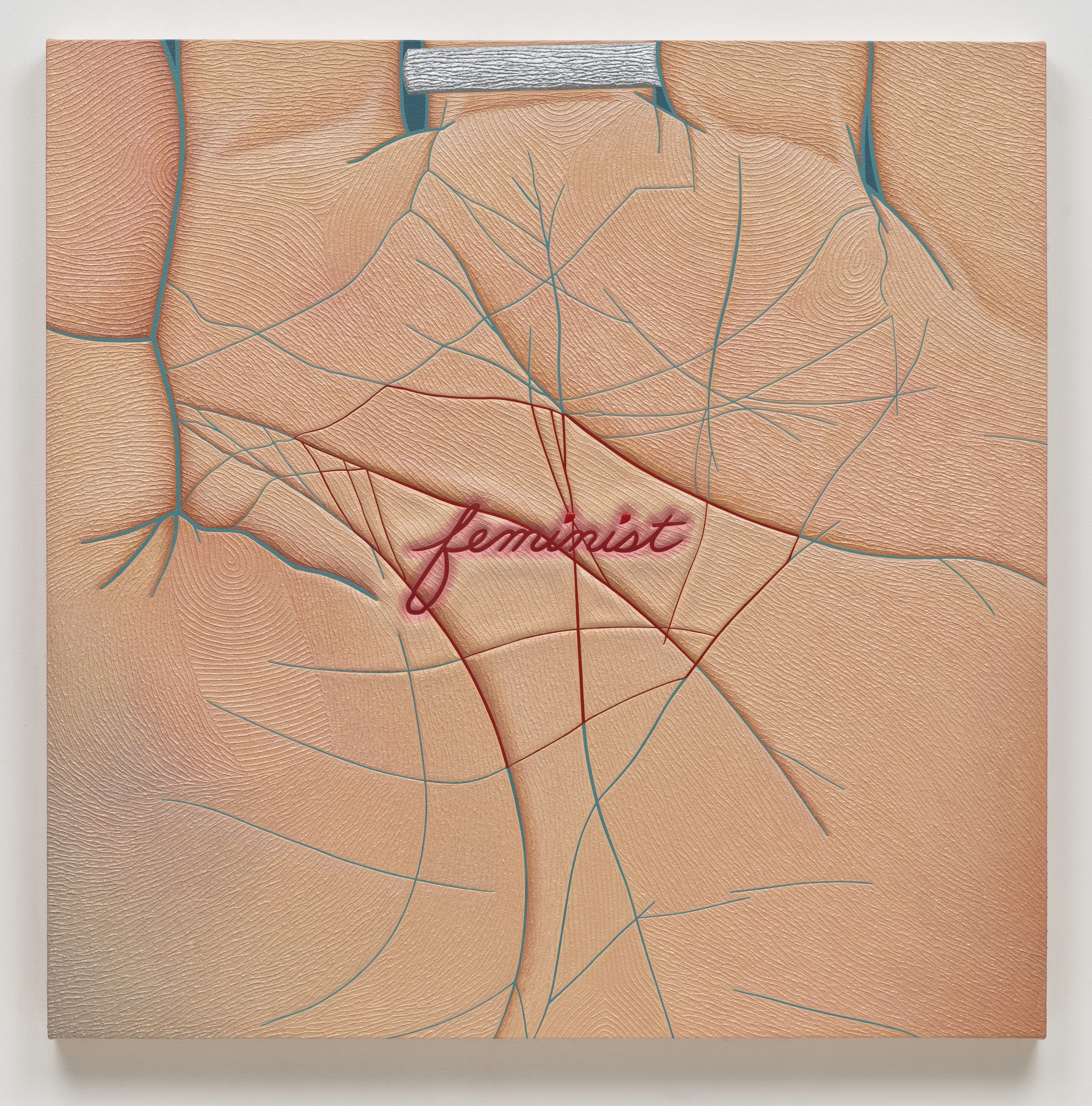 New Time: Art and Feminisms in the 21st Century

Is Part of Nationwide Initiative for Feminist Art Programming in 2021

(Berkeley, CA) July 1, 2020—In February 2021, the Berkeley Art Museum and Pacific Film Archive (BAMPFA) will open the first major museum exhibition to focus exclusively on feminist art practices in the twenty-first century. A sweeping survey of feminist art from the last two decades, New Time: Art and Feminisms in the 21st Century marks one of the most substantial exhibitions to date of feminist subjects in contemporary art, featuring 140 artworks by seventy-six artists working across a range of media. New Time is part of the Feminist Art Coalition, a nationwide consortium of more than one hundred arts organizations convened by BAMPFA, which will present a yearlong series of programming in 2021 informed by feminist thought and practice.

One of the largest exhibitions BAMPFA has mounted in its recent history, New Time will occupy nearly half of the museum’s 25,000 square feet of gallery space and will also include site-specific works in BAMPFA’s lobby atrium and on its outdoor screen. The exhibition will feature dozens of works from public and private collections, as well as BAMPFA’s own holdings, organized thematically to highlight a wide range of practices in contemporary art informed by feminist themes. New Time is curated by Apsara DiQuinzio, BAMPFA’s senior curator of modern and contemporary art and Phyllis C. Wattis MATRIX Curator, who also spearheaded the creation of the Feminist Art Coalition.

Complementing these gallery sections, New Time also encompasses three large-scale works by contemporary feminist artists that have been commissioned by BAMPFA. In Fall 2020, the museum’s monumental outdoor screen will display selections from Catherine Opie’s photography series Political Landscapes, including recent images of racial justice protests. During the exhibition, BAMPFA’s Art Wall—a 30-by-63-foot space dedicated to site-specific commissions—will be devoted to a new mural by Luchita Hurtado, shortly following her hundredth birthday. Finally, BAMPFA has commissioned the Bay Area–based artist Michele Pred to develop a “digital parade” on November 1, 2020, strategically timed to raise awareness of feminist issues on the eve of the US presidential election and developed in response to the need to remain physically distant during the pandemic. More information will be released on this performance event in the fall.

Titled after a feminist poem by the Berkeley-based poet Leslie Scalapino, New Time is one of the first exhibitions developed under the auspices of the Feminist Art Coalition, which was conceived by DiQuinzio in response to the 2016 presidential election. Supported by a grant from The Andy Warhol Foundation for the Visual Arts, the coalition began as a twelve-member working group and has since grown to include more than one hundred arts organizations across the country, which have partnered to present a nationwide series of exhibitions, performances, lectures, symposia, and new commissions on feminist themes. Following the scheduling disruptions of the COVID-19 pandemic across the nation’s art institutions, what was originally intended as a three-month initiative coinciding with the 2020 presidential election has been expanded to a full year of programming that will launch in September 2020. More information about the Feminist Art Coalition, including a current list of participating institutions, can be found at feministartcoalition.org.

“New Time and the Feminist Art Coalition were both conceived in the aftermath of the 2016 election, an event that radically altered the course of American history,” said DiQuinzio. “It was impossible to imagine in that moment that our work would be disrupted by an even greater catastrophe, this time on a global scale. Yet even as we come to terms with the ways in which the novel coronavirus has reshaped our lives, the vibrant protests of the past few weeks provide a hopeful reminder that a more just, equal, and inclusive world is still possible. It’s in that spirit that we look forward to opening New Time next year: as an artistic and cultural call to action, and as a catalyst toward a more equitable future.”

As part of its contribution to the Feminist Art Coalition, BAMPFA will mount a series of public and educational programs in conjunction with New Time, including lectures, performances, and more. A full slate of programs will be announced in fall 2020; for current information, visit bampfa.org.

NB: At this time, BAMPFA remains closed to the public in accordance with directives from the City of Berkeley Public Health Division to limit the spread of COVID-19. The museum anticipates reopening later this year.