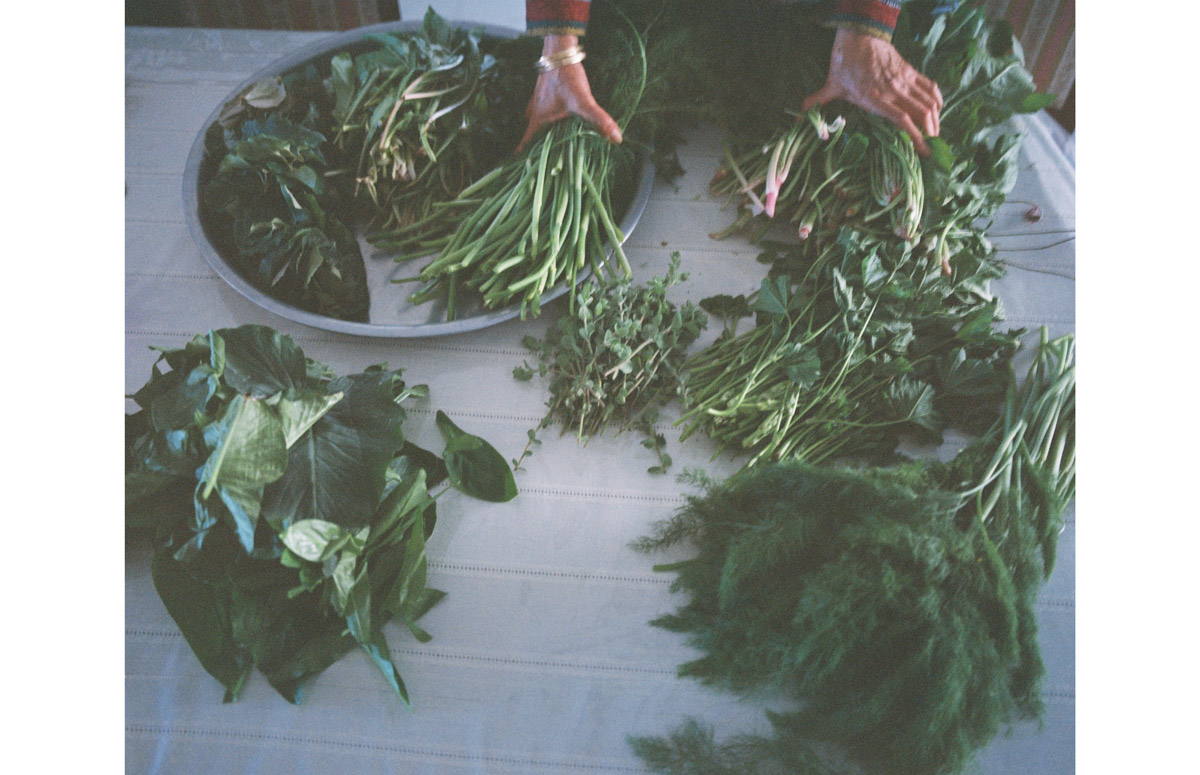 (Berkeley, CA) November 22, 2021—The UC Berkeley Art Museum and Pacific Film Archive (BAMPFA) has co-commissioned a new film installation from Jumana Manna that will receive its US premiere at the museum next month. Drawing on the artist’s ongoing interest in the paradoxes of preservation practices and their ties to colonial power structures, Foragers explores the criminalization of Palestinian herb foraging practices under the pretext of protecting endangered plants. This hour-long film blends documentary, fiction, and archival footage primarily from Jerusalem and the Galilee region of Palestine/Israel, where Manna grew up and continues to shoot many of her films. The project will open at BAMPFA as Jumana Manna / MATRIX 278, the latest installment in BAMPFA’s MATRIX Program for Contemporary Art and Manna’s first solo museum exhibition on the West Coast.

Jumana Manna is a Berlin-based artist whose work has been widely exhibited in Europe, North America, and the Middle East. Manna’s commission for BAMPFA advances the artist’s recent practice of making essay films that illuminate the intersection of power, sustenance, intimacies of daily life, and colonial inheritance. The work complements her previous film Wild Relatives (2018), which explored the politics of seed banking in Syria, Lebanon, and Norway. Foragers carries these concerns into the practice of foraging, collecting plants that grow in the wild. The film focuses on two much sought-after plants, ‘akkoub (a thistle-like plant that tastes similar to artichoke) and za’atar (thyme), that have been collected for generations in historic Palestine. Foraging ‘akkoub and za’atar has been criminalized by the Israeli government under the guise of conservation efforts, resulting in heavy fines, trials, and prison sentences for Arabs who are caught gathering these plants. Filmed both before and during the pandemic, Manna’s investigatory and poetic meditation combines fiction and documentary to trace the entangled cultural and governmental significance of this tradition and its legislation.

Following the plants from the wild to the kitchen, from the chases between local foragers and the Israeli nature patrol to the forager’s defense court rooms, this work is concerned with what is made extinct and what gets to live on. The single-channel film carefully illustrates the importance of these food sources as sustenance and cultural symbol for people whose political autonomy, rights, and land have been under attack for nearly a century. Contextualized against a backdrop of ecological and economic precarity, Foragers examines human and non-human resistance in the face of intended erasure and alienation from the lands that sustain them. In its use of foraging as a metaphor for the contestation of space under a regime of occupation, Foragers interrogates both the restrictive policies of the Israeli government and the deeper premise of state control over the traditional land practices that have existed outside of commercial agriculture throughout human history.

Filmed on location primarily in the occupied Golan Heights, the Galilee and Jerusalem, Foragers will be presented as a single-work exhibition at BAMPFA beginning on Wednesday, December 8. The film will play on a continual loop in BAMPFA’s galleries. In conjunction with the exhibition, the museum will host a slate of public and educational programs; visit bampfa.org for the latest updates.

“In Foragers, Jumana Manna brilliantly weaves together the politics of colonization and ecology that define our current moment—by examining their intersection in her own family and community’s cultural and culinary traditions," said BAMPFA Curatorial Assistant Claire Frost, who organized the exhibition. "We are thrilled to be presenting Manna's reflective, incisive, and beautiful work through this internationally co-commissioned project, which advances BAMPFA's commitment to engage artists whose work fosters dialogue on a local level about issues of global relevance.”

Jumana Manna/ MATRIX 278 is selected by Apsara DiQuinzio, former senior curator of modern and contemporary art and Phyllis C. Wattis MATRIX Curator, and organized by Claire Frost, curatorial assistant. The MATRIX Program is made possible by a generous endowment gift from Phyllis C. Wattis and the continued support of the BAMPFA Trustees.

Foragers is co-commissioned by BAMPFA, BAK Utrecht, and the Toronto Biennial of Art.

A commissioned essay by Ruba Katrib, Curator at MoMA PS1, is included in the exhibition brochure.