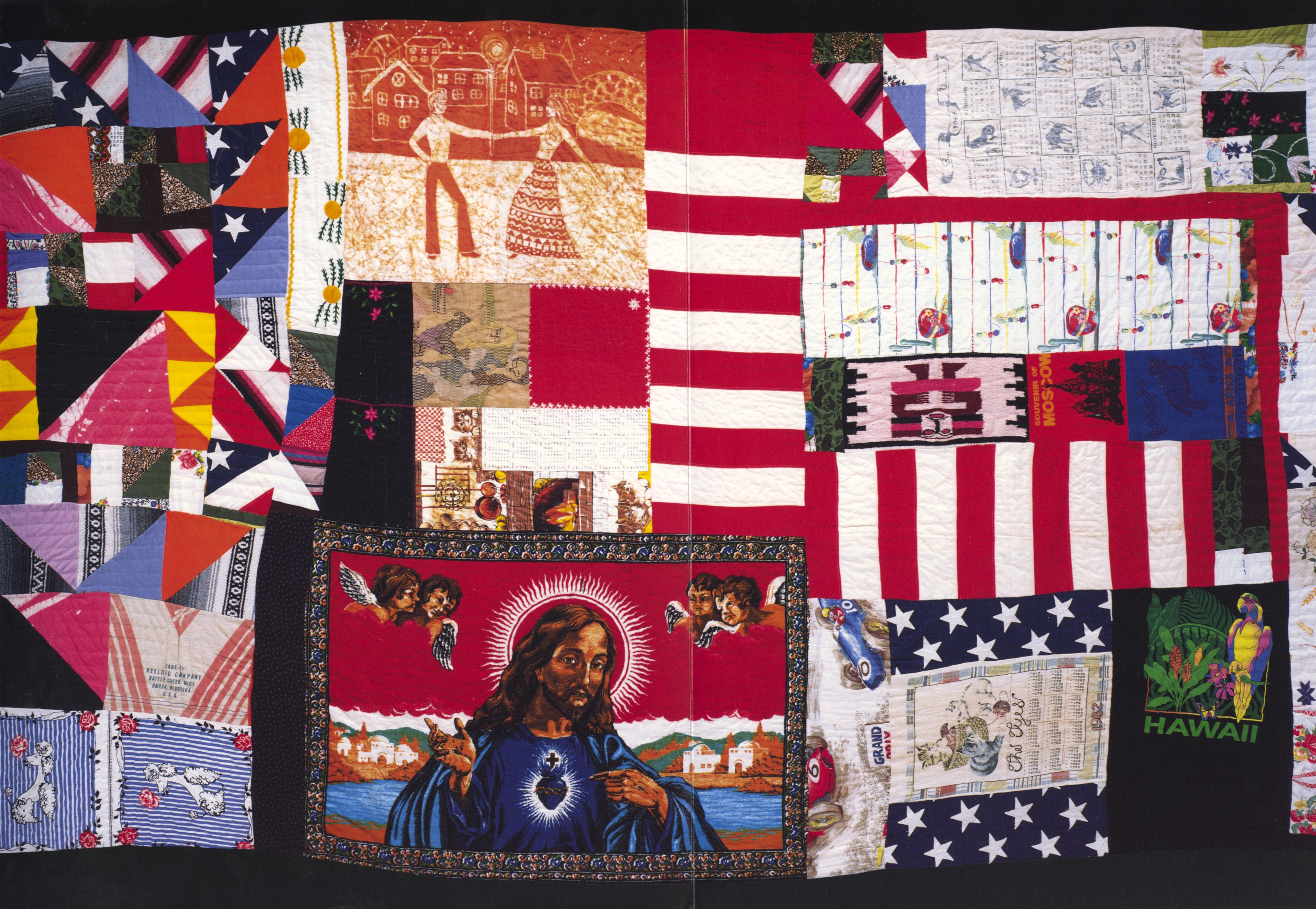 Collection Highlights Include More Than Five Hundred Works by Rosie Lee Tompkins, Which Will Form the Basis of an Upcoming BAMPFA Retrospective

(Berkeley, CA) October 16, 2019—The UC Berkeley Art Museum and Pacific Film Archive (BAMPFA) announced today that it has received a transformative bequest from the late collector and art scholar Eli Leon, who has donated to the museum his renowned collection of African American quilts. Comprising nearly three thousand works by African American quilt makers—including more than five hundred works by the internationally renowned artist Rosie Lee Tompkins—the Eli Leon Collection is believed to be the largest private collection of such works ever assembled. Leon’s gift marks one of the largest bequests of African American art ever donated to a US museum, and it establishes a new and unparalleled area of strength in BAMPFA’s encyclopedic collection.

An Oakland-based psychologist, collector, and art scholar, Eli Leon spent more than thirty years assembling his collection of African American quilts, which includes work by both little-known and established artists. Leon was a close friend and early champion of Rosie Lee Tompkins (1936–2006), organizing at the Richmond Art Center one of the first exhibitions to feature her work. His collection includes the large majority of Tompkins’s body of work, which will form the basis of a major retrospective that opens at BAMPFA on February 19, 2020—the largest that the artist has ever received. A subsequent exhibition showcasing the broader collection—with works by Tompkins as well as by many other important artists, including Sherry Byrd, Willia Ette Graham, and Arbie Williams—is planned for early 2022.

BAMPFA learned of the bequest only after Leon passed away in 2018, having willed his African American quilt collection to the museum. Since receiving the bequest, BAMPFA has undertaken an extensive process of research and condition assessment for the entire collection, which has never been comprehensively cataloged until now. The museum is working with UC Press to develop the first-ever scholarly publication on the collection, which will be published as an exhibition catalog in 2022.

Prior to his death, Leon had a long history with BAMPFA, having worked closely with the museum to mount Rosie Lee Tompkins’s first solo exhibition in 1997. That exhibition was curated by Lawrence Rinder, BAMPFA’s current director and chief curator, who had first encountered Tompkins’s work at the Richmond Art Center show. Rinder is also co-organizing with Andrew W. Mellon Postdoctoral Curatorial Fellow Elaine Yau the museum’s upcoming Tompkins retrospective in 2020, which will feature approximately eighty works from the Leon Collection—many of which have never been exhibited.

“It’s not often that a museum receives a gift that, in a single stroke, creates a new, defining institutional strength—which is precisely what Eli Leon has done by entrusting us with his unparalleled collection of African American quilts,” said Rinder. “We intend to honor this incredible act of generosity just as Eli would have wanted us to—by making a sustained commitment to the long-term exhibition and scholarship of these extraordinary holdings, in order to deepen public appreciation for the vibrancy of African American quiltmaking traditions.”

While the museum’s cataloging process is still ongoing, it is believed that the collection includes work by more than four hundred artists, representing a geographically broad range of quiltmaking practices from the Mississippi Delta to Northern California. Eli Leon’s collection, which includes embroidery and assemblage as well as quilts, will join BAMPFA’s encyclopedic holdings of twenty-five thousand works, and transform the museum’s already sizeable collection of African American art into one of the largest of its kind in the United States. Notable artists represented in the Leon Collection, in addition to Tompkins, include Arbie Williams, Laverne Brackens, Gladys Henry, Sherry Byrd, and Angie Tobias, among many others.

“By selecting BAMPFA as the permanent home for his remarkable collection, Eli Leon has given UC Berkeley a magnificent gift that will advance our commitment to celebrating diverse voices and cultural traditions,” said Chancellor Carol Christ. “BAMPFA is uniquely suited to ensure that these wonderful works of art receive the exposure and attention they deserve through the museum’s outstanding exhibition program and the extensive scholarly resources of the university.”

As BAMPFA prepares to formally accession Leon’s holdings, the museum is applying for grant support to establish a curatorial fellowship focused on research and scholarship of the collection.

Widely regarded as a leading expert on African American quiltmaking, Eli Leon was a practicing psychotherapist living in Oakland when a chance encounter with the work of Rosie Lee Tompkins—then an unknown artist, and whom he met at a flea market in 1985—sparked a deep interest in the textile traditions of African American artists. Through his friendship with Tompkins, Leon began to establish relationships with the African American quilting community of the Bay Area, developing an avid collecting practice that soon became national in scope. Eventually he closed his psychotherapy practice to devote himself full time to the collection and study of African American quilts, receiving a Guggenheim Fellowship in 1989 to conduct a research and acquisition trip through the American South. He contributed essays to numerous scholarly publications and organized more than a dozen exhibitions across the country, including major presentations of Tompkins’s work at BAMPFA and elsewhere that launched her national reputation.