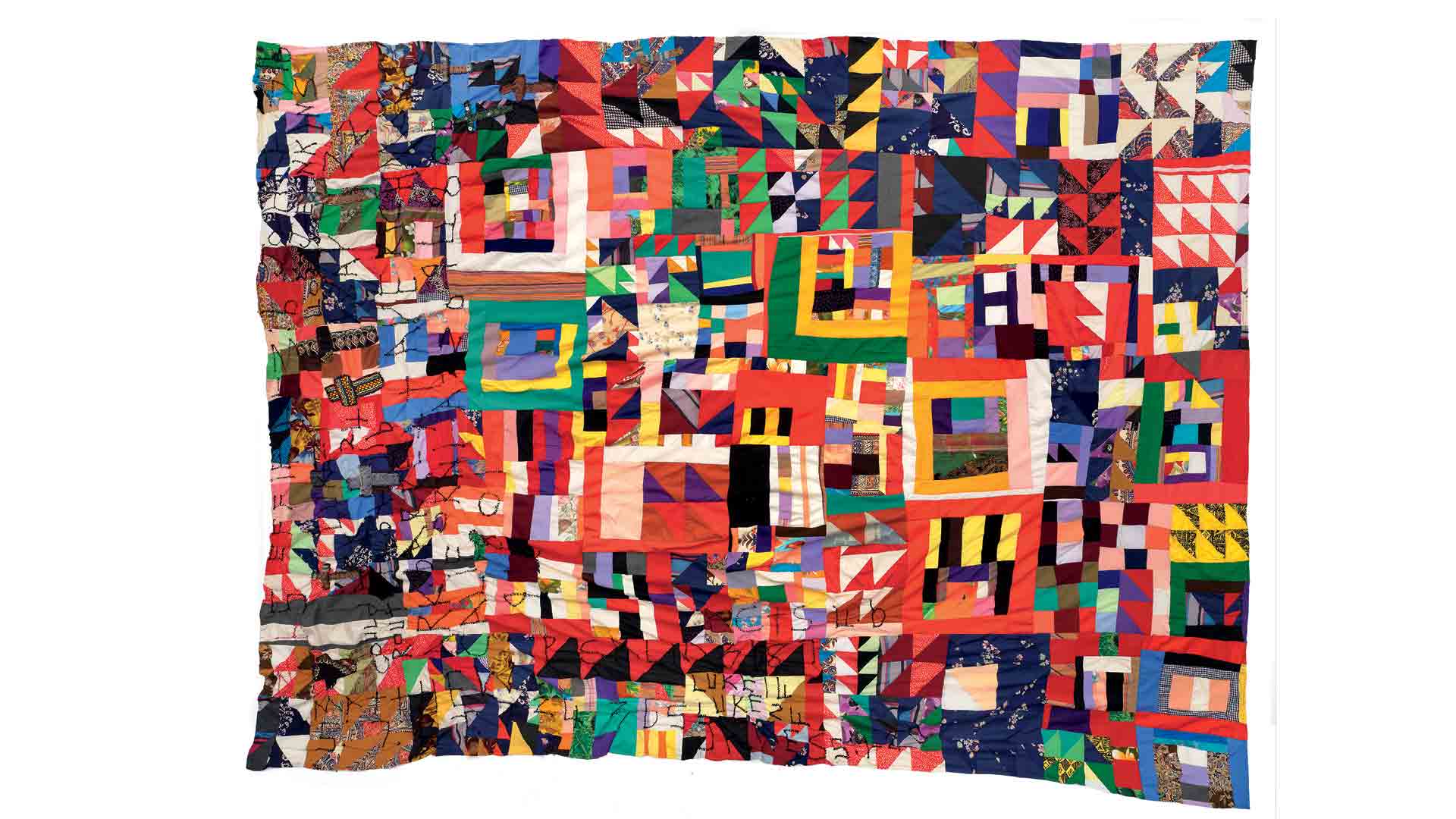 (Berkeley, CA) June 3, 2020—The Berkeley Art Museum and Pacific Film Archive (BAMPFA) has received a major grant from the Henry Luce Foundation to support the Eli Leon Collection, a historic bequest of African American quilts that the museum received in 2018. The $500,000 grant will support the cataloging, conservation, and exhibition of this collection of nearly three thousand works, which is believed to be the largest of its kind ever assembled.

BAMPFA received the collection from Eli Leon, a prominent art collector and scholar who donated his holdings to the museum upon his death in 2018. This transformative bequest marked one of the largest gifts of African American art ever donated to a US museum, enlarging BAMPFA’s holdings by fifteen percent and establishing an unparalleled area of strength in its encyclopedic collection. Among other highlights, the bequest includes more than five hundred works by the internationally renowned artist Rosie Lee Tompkins, many of which were included in a major retrospective that recently opened at BAMPFA; the exhibition is temporarily closed due to the COVID-19 pandemic but has been extended through December 20, 2020.

Despite its significance, the Eli Leon Collection has never been comprehensively documented, and most of the works it contains have never been exhibited publicly. The Luce Foundation’s support will enable BAMPFA to dramatically enhance public and scholarly access to these remarkable holdings, while ensuring that they are responsibly conserved for future generations. The grant will support the following initiatives at BAMPFA:

• Cataloging: BAMPFA will begin the multiyear process of comprehensively documenting the nearly three thousand works in the collection, with the goal of making this information fully accessible to scholars and the general public.
• Conservation: The museum will undertake a detailed condition assessments of the collection’s most significant works so that it can identify critical needs for long-term conservation and stewardship.
• Exhibition: In April 2022, BAMPFA will open the most comprehensive exhibition to date of works from the collection, including quilts by Rosie Lee Tompkins and many other important artists, such as Laverne Brackens, Willia Ette Graham, Johnnie Wade, and Arbie Williams.
• Research and Scholarship: BAMPFA will establish a new two-year curatorial fellowship position to oversee all of the initiatives described above, and to develop new scholarship around understudied areas of the collection.

In supporting these activities, the Luce Foundation grant will advance greater understanding of the Eli Leon Collection, as well as the work of Leon himself, who vigorously championed African American textiles over thirty years of scholarship and advocacy. Despite their vitality to the American art historical canon, African American quilt-making traditions have not yet been deeply studied to the same degree as contemporaneous art practices, in part because relatively few of these works have been included in public collections until recently. With access to the scholarly resources of UC Berkeley, BAMPFA is uniquely positioned to accelerate public engagement around African American quilt-making by activating the Eli Leon Collection, and the Luce Foundation’s support will be essential in enabling it to do so—even more so as BAMPFA and other museums prepare to confront the fiscal impact of a global pandemic.

“We’re tremendously grateful to the Luce Foundation for supporting BAMPFA’s stewardship of the Eli Leon Collection, which will remain one of our defining institutional strengths well after we emerge from the current crisis,” said BAMPFA’s Interim Codirector Susan Oxtoby. “At a time when BAMPFA and museums everywhere are grappling with the impacts of COVID-19, the Luce Foundation’s support ensures that we will still be able to honor our commitment to study, care for, and exhibit these remarkable holdings so that they become ever more accessible to the widest possible audience.”

About Eli Leon (1935–2018)
Widely regarded as a leading expert on African American quilt-making, Eli Leon was a practicing psychotherapist living in Oakland when a chance encounter with the work of Rosie Lee Tompkins (the pseudonym used by Effie Mae Howard)—then an unknown artist, whom he met at a flea market in 1985—sparked a deep interest in the textile traditions of African American artists. Through his friendship with Tompkins, Leon began to establish relationships with the African American quilting community in the Bay Area, developing an avid collecting practice that became national in scope. Eventually, he closed his psychotherapy practice to devote himself full time to the collection and study of African American quilts, receiving a Guggenheim Fellowship in 1989 to conduct a research and acquisition trip through the American South. He contributed essays to numerous scholarly publications and organized more than a dozen exhibitions across the country, including major presentations of Tompkins’s work at BAMPFA and elsewhere that launched her national reputation.

About the Henry Luce Foundation
The Henry Luce Foundation seeks to enrich public discourse by promoting innovative scholarship, cultivating new leaders, and fostering international understanding. The Foundation advances its mission through grantmaking and leadership programs in the fields of Asia, higher education, religion and theology, art, and public policy.

A leader in arts funding in the United States, the Luce Foundation's American Art Program was established in 1982 to support museums, universities, and arts organizations in their efforts to advance the understanding and experience of American and Native American visual arts through research, exhibitions, publications, and collection projects.

About BAMPFA
An internationally recognized arts institution with deep roots in the Bay Area, the University of California, Berkeley Art Museum and Pacific Film Archive (BAMPFA) is a forum for cultural experiences that transform individuals and advance the local, national, and global discourse on art and film. BAMPFA is UC Berkeley’s premier visual arts venue, presenting five hundred film screenings, scores of public programs, and more than twenty exhibitions annually. With its vibrant and eclectic programming, BAMPFA inspires the imagination and ignites critical dialogue through art, film, and other forms of creative expression.