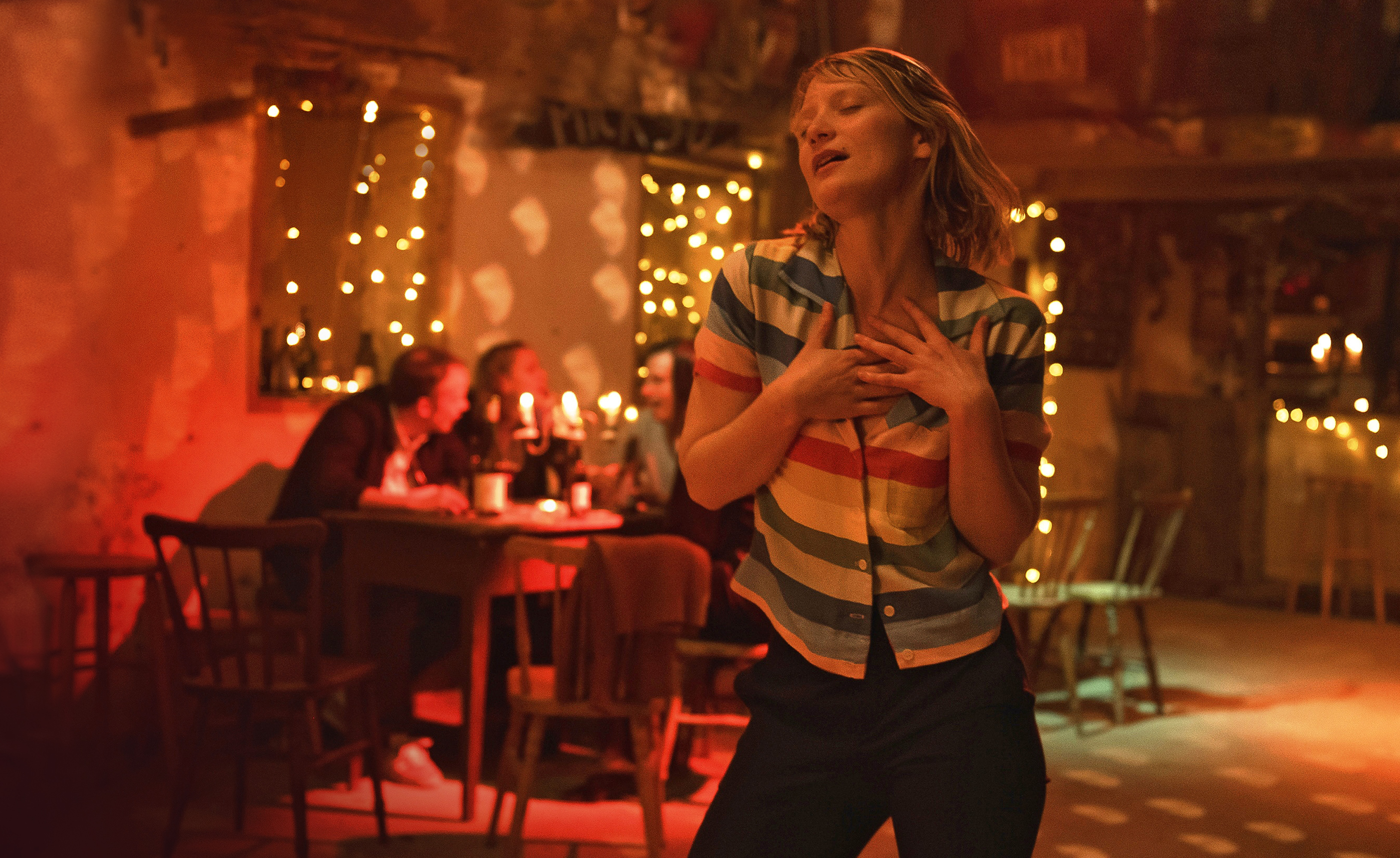 (Berkeley, CA) September 14, 2021— The UC Berkeley Art Museum and Pacific Film Archive returns this year as the exclusive East Bay venue for the Mill Valley Film Festival (MVFF), which is presented by the California Film Institute from October 8 through 17. Showcasing a wide variety of works from around the world, the Mill Valley Film Festival celebrates the best in American independent and international cinema. The nine-film festival program that screens at BAMPFA this fall marks the museum’s return to its regular schedule of in-person film programming, which began with weekly film screenings earlier this month.

BAMPFA’s roster of MVFF screenings follows below. Program information is subject to change; visit bampfa.org/program/mill-valley-film-festival-bampfa for the latest updates.

Set in Colombia and starring Tilda Swinton, Apichatpong Weerasethakul’s first feature film made outside of Thailand covers familiar thematic terrain for the veteran director in its exploration of the blurred boundaries between the natural world and spirit realm, and the way that collective traumas burrow deeply into those affected and those around them, emerging as memories or dreams. In English and Spanish with English subtitles.

“Secrets aren’t always things we try to hide, there’s just no one to tell them to,” says 8-year-old Nelly to her new best friend. In Céline Sciamma’s achingly beautiful new film, the past and present magically merge to ease the sorrows of a grieving mother and daughter, and we are healed by its loving touch. In French with English subtitles.

Acclaimed filmmaker Asghar Farhadi returns with another gripping human drama, chronicling a man (Amir Jadidi) in prison for an unpaid debt who makes a plan for freedom. Brilliantly mapping out a moral dilemma and astutely examining our fascination with (and suspicion of) folk heroes, A Hero travels an unpredictable, unforgettable path. In Persian with English subtitles

This powerful fly-on-the-wall documentary spends one month in Florida’s Tallahassee Unified Family Court system, shining a needed light on the results of economic disparities in that community. Sometimes shocking, sometimes uncomfortable, it’s a nonetheless nuanced and necessary look into a world too few people know about.

Pioneering Chadian auteur Mahamat-Saleh Haroun is in blistering form with his latest film, a feminist social realist drama exploring abortion rights in conservative, patriarchal Chadian society through the experiences of a mother and her teenage daughter. In French with English subtitles – US Premiere

One of Mia Hansen-Løve’s most autobiographical films to date, Bergman Island continues her ongoing exploration of the existential dynamic between work and love. Vicky Krieps plays a writer-director who struggles to find her own voice in a drama resonant with moments of humor, mystery, and self-realization.

Building on the legacy of late civil-rights activist and labor leader Cesar Chavez, and the pride inspired by the Chicano Movement of the 1960s, this documentary showcases the music of that era—a powerful soundtrack for farmworkers who until then felt invisible and unheard.

A star in San Francisco’s influential underground comics scene of the late 1960s and ’70s, Rodriguez created beautifully rendered art that was nonetheless raunchy, politically radical, and sometimes willfully offensive. His filmmaker widow parses a complex personality and artistic legacy, both of them dazzling if often wildly at odds with today’s cultural norms.

In this enchanting narrative, a theater director reeling from family tragedy is invited to direct a production of Uncle Vanya in Hiroshima. He’s assigned a driver, and during their time together, the two unburden themselves of their personal traumas. Winner of the Cannes Best Screenplay Award, Drive My Car is an exquisitely crafted mosaic about emotional connection. In Japanese with English subtitles.

BAMPFA’s second-feature discount does not apply to these programs. Tickets are nonrefundable and may not be exchanged. For information about BAMPFA’s regular admission and operating hours, visit bampfa.org/visit/hours

About the Mill Valley Film Festival

Presented by the California Film Institute, the 44th Mill Valley Film Festival runs October 7-17, 2021. The MVFF is an acclaimed eleven-day cinema event celebrating the best in American independent and world cinema. Located just north of San Francisco, it’s known as a filmmakers’ festival, and the West Coast launch pad for many Academy Award®-winning films, annually showcasing 200+ films from over 50 countries. The MVFF creates a community that celebrates the best in international film as well as Tributes and Spotlights with major film talents.

The California Film Institute (CFI) is a non-profit organization dedicated to celebrating and promoting film and media arts through the presentation of the internationally acclaimed Mill Valley Film Festival celebrating its 44th year in 2021 and the 5th annual DocLands Documentary Film Festival, the ongoing cultivation of the next generation of filmmakers and film lovers through CFI Education, which features a broad range of activities, including screenings, Q&A sessions and seminars with top international and local filmmakers and industry professionals as well as a rich program of classes and hands-on-workshops. Additionally, CFI acts as a year-round film-centric town hall with a diverse calendar of programming at the Christopher B. Smith Rafael Film Center, one of the leading non-profit independent theatres in the country. The art of storytelling through film enables CFI to touch 275,000 guests throughout the year with films and events that entertain as well as address a breadth of social, environmental, and cultural issues. CFI relies on the generosity of its community to sustain these core programs. The invaluable support of our sponsors, foundations, individual donors, and members ensures our continued success. For more information visit cafilm.org.