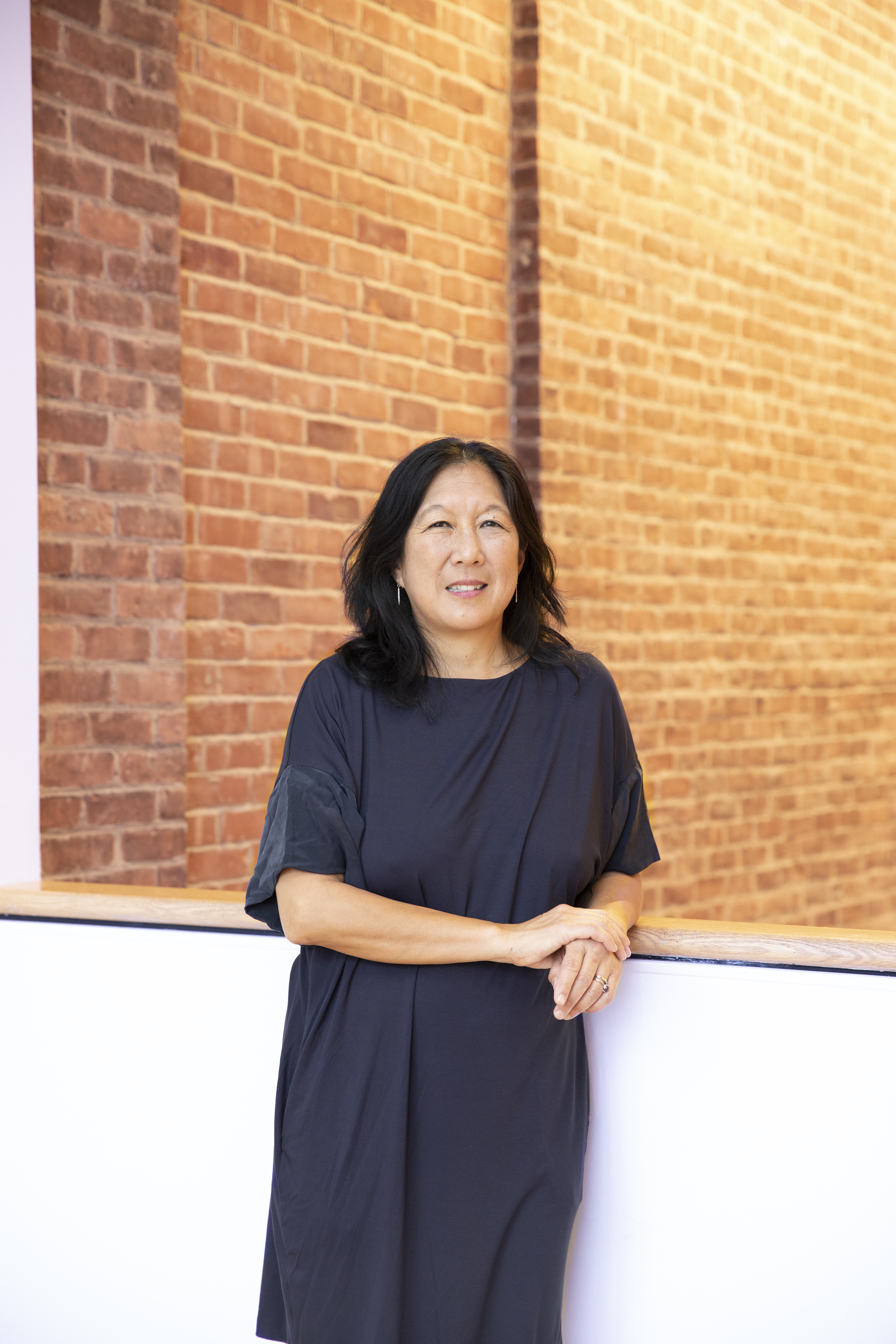 Yang Joins BAMPFA from the Williams College Museum of Art

(Berkeley, CA) October 7, 2021—The UC Berkeley Art Museum and Pacific Film Archive (BAMPFA) announced today the appointment of Christina Yang as the museum’s next chief curator. Yang brings to BAMPFA nearly thirty years of experience as a curator, scholar, administrator, and educator—most recently at the Williams College Museum of Art (WCMA), where she currently serves as Deputy Director of Engagement and Curator of Education, following a fourteen-year tenure at the Solomon R. Guggenheim Museum in New York City. She has previously held positions at The Kitchen and the Queens Museum.

In her new role at BAMPFA, Yang will lead the art curatorial department at Berkeley’s premier visual arts venue, which mounts more than fifteen exhibitions annually drawn in part from the museum’s internationally distinguished collection of 28,000 artworks. As chief curator, Yang will supervise all aspects of BAMPFA’s exhibition program, working closely with senior leadership to shape the long-term artistic vision for the museum. This appointment marks Yang’s return to her alma mater of UC Berkeley, where she studied History and History of Art and interned at BAMPFA as an undergraduate.

“I’m thrilled to welcome Christina Yang and her visionary thinking to BAMPFA, where I know she’ll be successful in applying her decades of experience to foster collaborations and lead our exhibitions, collections, and public programs in exciting new directions,” said BAMPFA Director Julie Rodrigues Widholm. “Christina stood out among an impressive applicant pool as a creative thinker who shares our passion for dynamic, socially relevant arts programming that has a lasting impact outside of museum spaces. We were particularly impressed by Christina’s deep understanding of the unique role that university art museums occupy as engines of scholarship, artistic experimentation, and progressive change; these values sit at the core of BAMPFA’s identity, and we’re delighted to have found a chief curator who will help us bring them to life. At a time when museums are deeply rethinking our roles in society, Christina’s commitment to innovative and forward-thinking projects, diversity and equity in art spaces, new scholarship, and the educational role of museums make her an ideal partner.”

As a deputy director at WCMA since 2019, Yang has led the public engagement department at one of America’s premier academic teaching museums, developing new opportunities to activate the institution’s 15,000-work collection and advance its educational mission. During her tenure at WCMA, Yang has deepened the museum’s impact across and beyond the Williams College community, collaborating with faculty and students to launch new academic partnerships, educational programs, and engagement opportunities—including a slate of digital initiatives to stay connected with audiences during a 16-month pandemic closure. Among many other artistic projects, Yang curated the Williams College installment of Resist COVID / Take 6!, a national public health campaign by the artist Carrie Mae Weems to raise awareness of COVID’s disproportionate impact on marginalized communities. Yang also established a new undergraduate internship at WMCA focused on racial and social justice in the arts, and she has been an advisor to multiple student organizations on the Williams campus—where Yang herself received a master’s degree in art history following her undergraduate work at UC Berkeley. Her work as an advisor to MCLA and MassMoca’s CARE SYLLABUS, an online justice-oriented educational resource created by activists, artists, and academics, will launch in October 2021 with a module guest-curated by UC Berkeley Film and Media Professor Rizvana Bradley.

Prior to joining WCMA, Yang served for fourteen years as the Guggenheim Museum’s director of public programs, where she shaped the programming strategy for one of the world’s leading art museums. At the Guggenheim, Yang supervised the curatorial vision and implementation for hundreds of multidisciplinary initiatives, which ranged from artist commissions, to scholarly symposia, to film, literary, and performance programming among many other areas. Yang was the organizing curator or co-curator on multiple performance commissions and social practice projects at the Guggenheim that received international recognition, collaborating with artists and collectives across disciplines including Lenka Clayton and Jon Rubin, Joan Jonas, Shaun Leonardo, Public Movement, Yoko Ono, Christopher Wool, and many others. In one of Yang’s most celebrated initiatives, together with her Guggenheim colleague Pablo Leon Della Barra, she engaged the artist Tania Bruguera for The Francis Effect (2014), a social practice piece that invited members of the public to petition the Pope to grant Vatican City citizenship to refugees. Yang was also the lead curator on Shaun Leonardo: Primitive Games (2018), a performance piece that transformed the Guggenheim’s iconic rotunda into an arena for sport-like competition inspired by the Italian Renaissance practice of calcio storico.

Yang’s expertise in new media and social practice was shaped in part by her six-year tenure prior to the Guggenheim at The Kitchen, a multidisciplinary art and performance space in New York City that is renowned as an incubator of emerging talent in a wide range of artistic media. As the institution’s media director and visual art curator, Yang organized numerous solo exhibitions and artist projects for the Kitchen Art Gallery, including work by Charles Atlas, Luis Camnitzer, Sylvia Gruner, Sowon Kwon, and Marina Zurkow, among others. She also curated a range of experimental video and performance projects that had their world and US premieres at The Kitchen, including the iconic multimedia performance by Joan Jonas Lines in the Sand (2003) that reimagined the Greek myth of Helen of Troy for a contemporary audience; and Dean Moss and Laylah Ali’s figures on a field (2005) that explored the consumption of art, race, power and identity formation. Reflecting Yang’s long-term commitment to artistic pedagogy and mentorship, she served for three years as director of The Kitchen’s Summer Institute, an emerging artist intensive focused on performance and technology (2003), site-specific performance (2004), and ritual practices in the twenty-first century (2005). Prior to her time at The Kitchen, Yang held a curatorial position at the Queens Museum of Art (now the Queens Museum), where she worked on multiple groundbreaking exhibitions with her longtime mentor Jane Farver (1947–2015) including Global Conceptualism: Points of Origin, 1950s–1980s (1999).

Yang’s interdisciplinary work as a curator is grounded in her academic background as a scholar of contemporary art, new media, and performance studies, which she has pursued as an adjunct faculty member at Long Island University, New York University, and the California College of Arts & Crafts (now California College of the Arts), among other institutions. She is currently a PhD candidate in Performance Studies at NYU’s Tisch School of the Arts, where she will defend her dissertation Performance and The Gaze: Spectatorship in The Kitchen Archive, 1974–84 in 2022. Yang sits on the editorial board of Women & Performance: a journal of feminist theory, where she was the performance reviews editor from 2018 through 2020. Her essay “How to Do Things with Cameras” is forthcoming in Eikoh Hosoe (Yasufumi Nakamori, editor) published by Mack Books in October 2021. As a UC Berkeley undergraduate, Yang’s coursework with noted faculty Svetlana Alpers, Carol Armstrong, Peter Brown, James Cahill, Lawrence Levine, Mollie Nesbit, Peter Selz, and others laid the groundwork for her subsequent graduate studies on spectatorship and politics of the image.

“The responsibility of being a curator has never been more urgent. From rethinking collections to providing equity in labor to diversifying all levels of relations, the care of art holds essential impact on our daily lives,” said Yang. “Since my own college and intern days, I have long been inspired by the BAMPFA as a transformative site of learning. Attending artist talks and avant-garde film screenings for the first time while also learning directly from the memorable collections of Chinese, Old Masters, and Abstract Expressionist paintings at the University Art Museum (now BAMPFA) catalyzed my imagination to the possibilities of a life in the arts. As an intern working with Sidra Stich, the power of research and care of objects solidified my aspiration to become a curator of modern and contemporary art. I am thrilled to rejoin this illustrious institution and its talented staff as Chief Curator under the leadership of Julie Rodrigues Widholm. Returning to a setting such as BAMPFA within the vibrant UC Berkeley and Bay Area communities embodies my career goal of building unique collections to inspire diverse generations of students, to activate a pedagogy for creative action, and to work with living artists in creating spaces of civic belonging.”

About the Williams College Museum of Art

The Williams College Museum of Art (WCMA) creates and inspires exceptional experiences with art that are integral to a liberal arts education, lifelong learning, and human connection. The Museum is a partner in nurturing the cross-disciplinary arts in support of a liberal arts education; advancing the academic and experiential preparation of arts leaders; enriching the cultural ecosystem; engaging artists; and creating a shared learning community that spurs new thinking, creative making, and civic engagement. At the heart of the Williams College campus, the museum draws on the collaborative and multidisciplinary ethos of the surrounding college to enliven the more than 15,000 works in its growing collection. For more information, visit artmuseum.williams.edu.