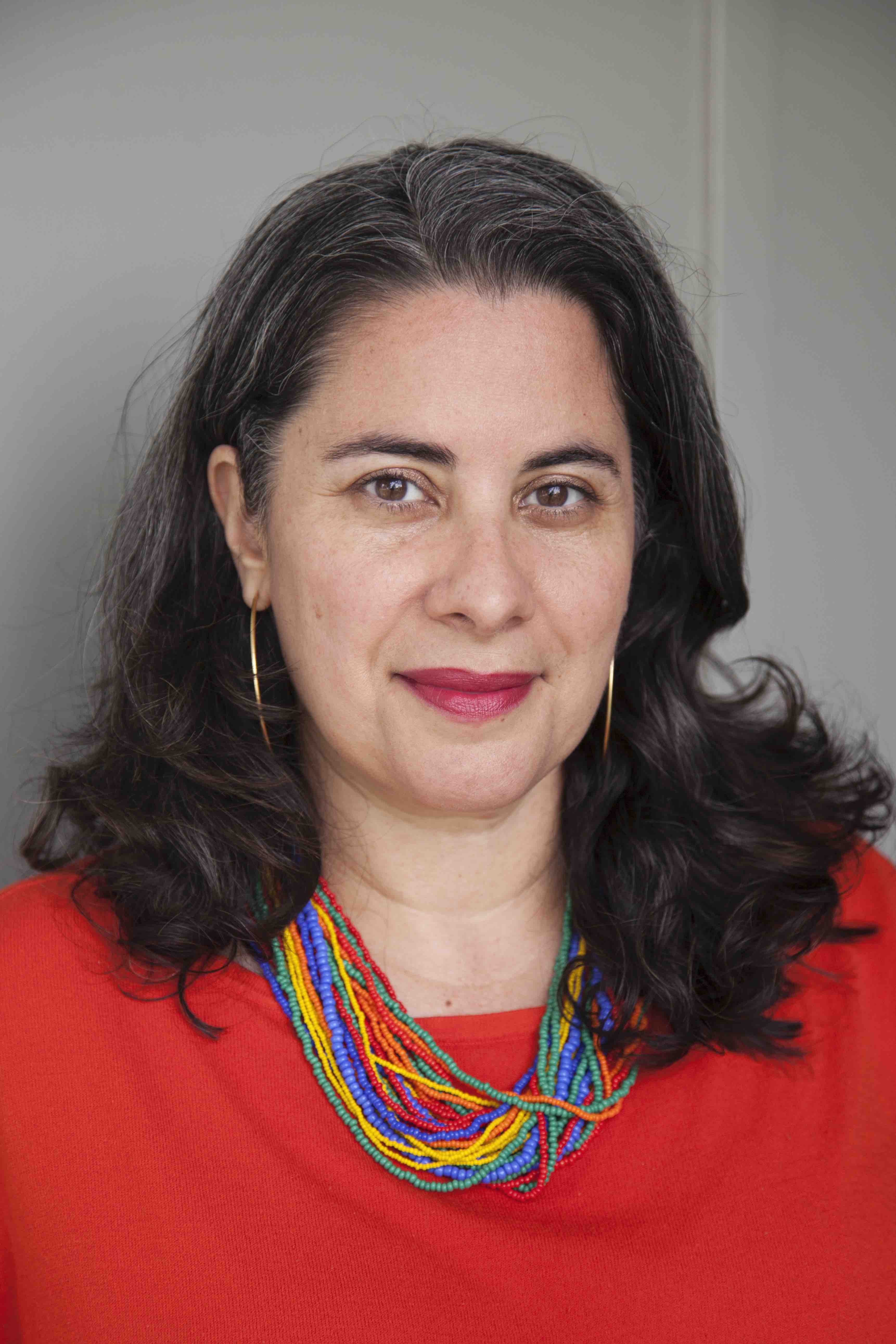 (Berkeley, CA) June 25, 2020—The UC Berkeley Art Museum and Pacific Film Archive (BAMPFA) announced today the appointment of Julie Rodrigues Widholm as the museum’s next director. Widholm is currently the Director and Chief Curator of the DePaul Art Museum (DPAM) in Chicago, where she has served since 2015. She succeeds BAMPFA’s previous director Lawrence Rinder, who stepped down earlier this year.

“Julie Rodrigues Widholm stood out among a stellar and diverse slate of candidates for her strong management experience, artistic vision, passion for equity in the arts, and deep commitment to the teams she leads,” said UC Berkeley Chancellor Carol Christ. “I have no doubt that she will be a wonderful director for BAMPFA who will deepen its ties to the academic and social fabric of the Berkeley campus, strengthen its connections to the Bay Area community, and solidify its global reputation for artistic excellence.”

During her five-year tenure at the DePaul Art Museum, Widholm transformed the university museum, which was built in 2011, into one of Chicago’s most vibrant arts institutions. Under Widholm’s leadership, DPAM has increased its attendance by 40 percent, reaching new audiences from Chicago’s diverse communities as well as a growing number of national and international visitors. Widholm has animated the museum’s communications, outreach, and fundraising activities, tripling its annual operating budget with new investments in expanded exhibition and educational programming. She has also invigorated DPAM’s acquisitions program, expanding the museum’s 3,000-work collection by more than 500 artworks with a particular emphasis on work by underrecognized artists from marginalized groups. In recognition of these accomplishments, Widholm was named Chicagoan of the Year in Museums by the Chicago Tribune in 2019.

DPAM’s curatorial activities have also flourished under Widholm’s leadership, which has been marked by an ambitious increase in both the scale and frequency of the museum’s exhibition programming. She has established the museum’s reputation as an important platform for Chicago-based artists and has personally curated solo exhibitions of Whitney Bradshaw, Brendan Fernandes, Ângela Ferreira, Julia Fish, Beverly Fresh, Eric J. Garcia, Karolina Gnatowski, Barbara Jones-Hogu, Betsy Odom, and others. In 2019, Widholm curated a groundbreaking survey of art from the New Age movement of the 1960s and ’70s; titled New Age, New Age: Strategies for Survival, it became one of the most critically acclaimed exhibitions in DPAM’s history.

A defining focus of Widholm’s tenure at DPAM has been a deepening emphasis on diversity and inclusion as central components of the museum’s mission. In recent years, the museum’s curatorial program has emphasized work by artists of color, women, and LGBTQ artists, in what the Chicago Tribune called “a series of solo shows as hard-hitting in their politics as they have been seductive in their presentation.” Widholm and her team also established a new accessibility strategic plan to ensure that the museum was able to welcome a wide range of visitors. In February 2020, Widholm launched DPAM’s Latinx Initiative, a multi-year commitment to addressing the art world’s underrepresentation of U.S.-based artists of Latin American descent; this major initiative includes collecting, outreach, and research components, as well as a series of exhibitions beginning with the group exhibition LatinXAmerican that will open early next year.

Widholm brings this experience to Berkeley at a pivotal moment in BAMPFA’s history, as the museum navigates the long-term closure of its public operations due to the COVID-19 pandemic. When BAMPFA reopens later this year, it will play an important role in reviving the Arts District in downtown Berkeley, where the museum has been a major presence since its relocation to a new Diller Scofidio + Renfro-designed facility in 2016. Prior to the pandemic, BAMPFA’s attendance had more than doubled since moving to its new home, and its encyclopedic art collection has grown to more than 28,000 works—most notably with last year’s bequest of the world’s largest private collection of African American quilts, which now accounts for fifteen percent of the museum’s art holdings. BAMPFA is also distinguished among its peer institutions as home to one of the nation’s leading film archives and repertory cinematheques, which complement its robust art exhibition program. With its distinctive institutional strengths and connections to the vibrant academic community of UC Berkeley, BAMPFA is poised to continue its trajectory of growth and international visibility when the museum returns from its pandemic-imposed hiatus.

“I am incredibly honored to join BAMPFA at this critical juncture to work collaboratively with staff, colleagues, faculty, students, and other stakeholders in the community to think deeply about what it means to be an inclusive academic art museum in the 21st century,” said Widholm, who starts at BAMPFA on August 1. “I have long admired BAMPFA’s program, including the MATRIX program’s longstanding role in bringing emerging and underrecognized contemporary artists to the fore. I am particularly excited about the unique possibilities the Pacific Film Archive offers in dialogue with visual arts on view in the galleries, public programs, and community outreach to explore the most urgent social, cultural, and artistic questions of our time through a lens that is international, intersectional, interdisciplinary, and intergenerational.”

Widholm brings a global perspective to BAMPFA that began with her peripatetic childhood, when she lived in Brazil, Mozambique, Portugal, Germany, and multiple U.S. cities over the course of twenty years. She began her career at the Museum of Contemporary Art Chicago, where she started in 1998 on a one-year research appointment and eventually became a full-time curator. At MCA Chicago, Widholm curated major solo exhibitions of work by Rashid Johnson, Amalia Pica, Cauleen Smith, Kathryn Andrews, and Amanda Ross-Ho, and co-curated an acclaimed nationally touring retrospective of Doris Salcedo. In addition, she organized several thematic exhibitions including Escultura Social: A New Generation of Art in Mexico City and Unbound: Contemporary Art after Frida Kahlo.

Widholm has authored or contributed to more than twenty-five publications and has served as a juror for organizations including the Headlands Center for the Arts, McKnight Foundation, 3Arts, Artadia, Creative Capital, Chicago Artist Coalition, and the Peggy Nohl Fellowship, among others. She has been a visiting critic at multiple universities and has lectured extensively on contemporary art topics. Widholm received her bachelor’s degree in art history and political science from the University of Illinois-Champaign-Urbana, and she earned a master’s degree in art history, theory, and criticism from the School of the Art Institute of Chicago.

“On behalf of the museum’s Board of Trustees, I’m delighted to welcome Julie to BAMPFA and the UC Berkeley community,” said BAMPFA’s Board Chair Catherine Koshland, who led the search committee for the museum’s next director. “Julie was an outstanding candidate who impressed us all with her inclusive vision of how university art museums can engage diverse communities, ignite critical dialog, and inspire the imagination. I have every confidence that BAMPFA will thrive under her leadership.”