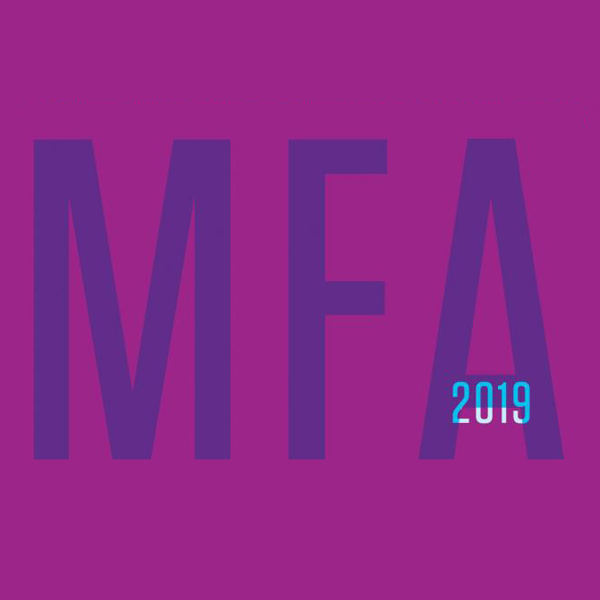 (Berkeley, CA) May 14, 2018—The UC Berkeley Art Museum and Pacific Film Archive (BAMPFA) highlights the work of five exceptional graduate students from UC Berkeley’s Department of Art Practice in the museum’s 49th Annual Master of Fine Arts Graduate Exhibition. Each of the graduates have created new work for the exhibition that goes on view for the first time beginning May 17.

For the past two years, Chrystia Cabral, Ricki Dwyer, Heesoo Kwon, Gabriella Willenz, and Connie Zheng have advanced their artistic practices as graduate students in UC Berkeley’s highly competitive MFA program, which has previously produced such internationally established artists as Enrique Chagoya, Shirin Neshat, and Theresa Hak Kyung Cha. Working with Curatorial Assistant Matthew Coleman, the graduates are presenting works that reflect their own unique creative perspectives on topics ranging from gender and identity to personal history and civilizational collapse.

“BAMPFA is proud to provide a platform for these remarkable young artists, whose accomplishments in the UC Berkeley MFA program indicate immense promise,” said BAMPFA Director and Chief Curator Lawrence Rinder. “Our annual commitment to presenting the work of UC Berkeley’s MFA graduates underscores the strength of BAMPFA’s relationship to its vibrant university community.”

“I am honored to introduce the work of these five talented and ambitious graduating students,” said Coleman, who organized the exhibition. “Chrystia Cabral, Ricki Dwyer, Heesoo Kwon, Gabriella Willenz, and Connie Zheng have spent the past two years exploring new aspects of their art practices. Though each artist asks unique and thought-provoking questions, together they have both created and analyzed personas and communities; scrutinized rapidly changing social politics; and explored the past, present, and future of their identities on a changing planet.”

The opening of the MFA Graduate Exhibition includes an artists’ talk with the five participating students on Friday, May 17 at 5:30 p.m. The talk is free with museum admission. Descriptions of each artist’s work, adapted from a brochure that accompanies the exhibition, follow below:

Chrystia Cabral, also known as SPELLLING, is a musician, producer, and performance and multimedia visual artist. Magical realism, which invokes realistic narrative literary techniques along with surrealism; and metaphysics, a branch of philosophy that attempts to determine the nature of reality, together formed a strong foundation for the creation of SPELLLING both as a musical project and persona. In her music and performances, she explores concepts such as the afterlife, utopia, creation, and death.

For her MFA show, Cabral presents a video piece made in collaboration with Oakland-based filmmaker Catalina Xavlena, as well as a telephone through which listeners may hear her music as if dialed in from another dimension.

Ricki Dwyer is a weaver and educator who considers the material and theoretical limits of cloth. For Dwyer, cloth becomes a symbol for the body—we use it to adorn ourselves so that others may read us in the way we choose to perform our identity. Dwyer utilizes weaving to explore the power of presentation and what we want to reveal to others about the self.

A piece of cloth was also the foundation for the printed diptych in this exhibition.  Dwyer laid the weaving on top of an inked plate and ran it through an etching press once, creating the dark print. They then printed the lighter print with the residue of the ink on the plate. By presenting a diptych—the print and its ghost—Dwyer uncovers possibilities between two states of form and content.

Heesoo Kwon is interested in creating alternate forms of belonging that are grounded in feminism. During her time at UC Berkeley, she initiated Leymusoom, a collective that she advertised as a feminist religion. Leymusoom encompasses its community, active practitioners, and each practitioner’s autonomous religion. The movement defines and looks for feminisms rooted in one’s personal history. For those in Leymusoom, the acts of joining, practicing, and being Leymusoom entail converting to feminism from patriarchy, and creating and practicing personal and communal feminist rituals.

Kwon’s MFA presentation, 탈피를위한의식 [A Ritual for Metamorphosis], reimagines the gendered roles in her family through her installation of sculptures and video that resembles a gut (굿), the rites performed by Korean shamans that involve giving offerings and sacrifices to gods, spirits, and ancestors. Utilizing the virtual space as a utopian realm, Kwon inserted Leymusoom, depicted as a lizard-human hybrid deity, into her childhood, home where the goddess dwells with the family, their photos, and statuettes and portraits of Jesus Christ. Kwon also created nude, digital avatars of herself and her female ancestors and depicted their stages of metamorphosis, a central aspect to the staging of the gut.탈피를위한의식 [A Ritual for Metamorphosis] is an attempt to reframe her traumatic personal experiences and create an alternate reality where the familial avatars can live outside of the tendrils of patriarchy and domesticity.

Gabriella Willenz’s project-based practice engages with the interplay between the construction and representation of reality, the social-political structures in which people are both cultivated and subjugated, and the normalization of cultural binaries. Influenced by her background in theater and filmmaking, her work often consists of narrative, performative qualities and staging. With these tactics, Willenz aims to make space for a multiplicity of narratives and expand the possibilities of identification.

Her recent work explores the tension between the home and the homeland. She examines how covert and overt forces incubate ideologies in citizens who are, even unknowingly, complicit with the structures of power that are laid out by the nation-state. In the video in this exhibition, the artist employs actors who perform seemingly mundane scenes from a family’s life, but their dialogue is replaced with direct quotations from some of the United States’ more canonical texts, such as political speeches, Hollywood movies, and folklore. The uncanniness that emerges underscores the ways people reinforce hegemony and nation-state ideologies in the domestic space—one that is idealized as nurturing.

Connie Zheng’s multidisciplinary practice begins with research and writing about complex systems. From changing ecologies and economies of waste to notions of home, belonging, and the influence of media on how we interpret the world in which we live, Zheng is interested in proposing alternative ways of seeing, framing, and responding to the global environmental crisis. She is also invested in speculating about what comes after “modern” civilization’s collapse or the fall of the Capitalocene–the informal period defined by the effects of capitalism on the geologic time scale. What kind of food will we eat? What will we wear? How will we live?

Working in drawing, painting, time-based media, and installation, her art practice also incorporates waste, ash, and smoke from the recent fires in California, as well as other found materials. Conscious of how much waste contemporary industrialized capitalist economies produce with nowhere for it to go, Zheng envisions a future (that is somewhat already present) in which we forage for food resources on a toxic planet that redefines relationships between land and body. For her MFA presentation, Zheng has prepared a constellation of objects, texts, paintings, and time-based media that builds a narrative wherein humans, or their future manifestations, work together to forage for food and other valuables for survival.

The 49th Annual University of California, Berkeley Master of Fine Arts Graduate Exhibition is organized by Curatorial Assistant Matthew Coleman. The annual MFA exhibition is made possible by the Barbara Berelson Wiltsek Endowment.