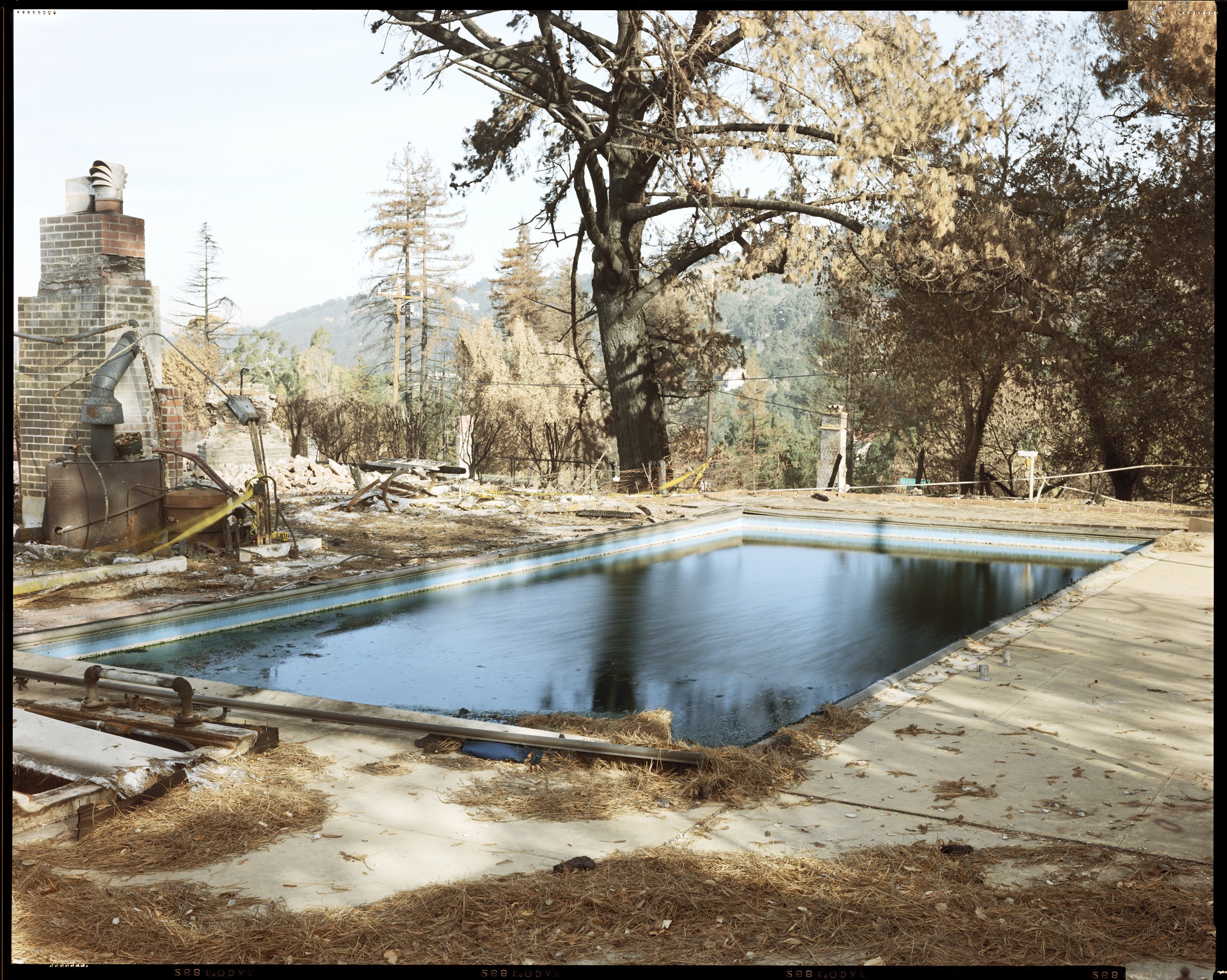 (Berkeley, CA) December 5, 2019—A new exhibition at the Berkeley Art Museum and Pacific Film Archive (BAMFPA) explores the moral and historical complexities of California geography through a selection of artworks curated by UC Berkeley undergraduates. Lands of Promise and Peril: Geographies of California is the latest installment in BAMPFA’s Cal Conversations series, which engages students to organize exhibitions drawn from the museum’s encyclopedic holdings.

Working with BAMPFA Assistant Curator Stephanie Cannizzo and Dr. Seth Lunine, students from the UC Berkeley course Geography 50AC: California have curated a selection of works from the collections of BAMPFA and the Bancroft Library that highlight the contrasts between California’s material fecundity and the socioeconomic, racial, and environmental injustices inscribed on its landscapes. The exhibition features more than forty paintings, photographs, maps, works on paper, and sculptures that explore themes of continuity and change across California’s 180-year history, and the how the state’s geography has shaped the lives of its communities past and present. A number of notable California artists are represented in the selection of works, including Ruth-Marion Baruch, Glen Friedman, John Haley, Pirkle Jones, Dorothea Lange, Joanne Leonard, Richard Misrach, Chiura Obata, Brian D. Tripp, and Raymond Dabb Yelland, among others.

Land of Promise and Peril is structured around four areas of thematic focus:

The exhibition encompasses a broad geographic range, with works ranging from 19th-century maps of pre-incorporated California territories to a 2004 photograph by David Maisel of Los Angeles’s coruscating highway system. Among the exhibition highlights is a rarely exhibited photograph from BAMPFA’s collection by Dorothea Lange, Tomato Picker, Coachella Valley (1935), which evokes the human toil and exploitation behind California’s thriving agriculture industry. Many of the works in the exhibition will have special resonance for Bay Area audiences, including a selection of recently acquired works by the photographer Joanne Leonard—a longtime resident of West Oakland, who documented the historic neighborhood’s changing demographics across multiple generations.

“It’s been a pleasure to work with these talented students on curating an exhibition that advances BAMPFA and UC Berkeley’s shared ideals of intellectual inquiry, historical literacy, and the pursuit of a more equitable and inclusive world,” said Stephanie Cannizzo. “The Cal Conversations series exemplifies how BAMPFA is enriched by UC Berkeley’s vibrant community of scholars, including the promising young curators who organized this show.”

On Friday, February 21 and Sunday, February 23, the student organizers of Lands of Promise and Peril present gallery talks at BAMPFA that will illuminate the exhibition’s themes and their own curatorial process. In conjunction with the exhibition, BAMPFA will host a reading on Thursday, February 27 with acclaimed author Susan Straight from her new book In the Country of Women;Straight will be joined in conversation by her daughter Delphine Sims, a PhD student in art history at UC Berkeley who studies the intersections of race and gender in the history of landscape photography. A subsequent public conversation on the exhibition’s themes, between Dr. Lunine and UC Berkeley Professor Emeritus Richard Walker, will be announced at a later date.