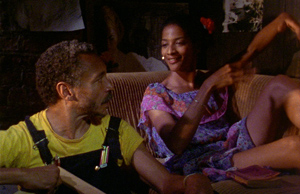 Watch this film on your TV, computer, or mobile device through our streaming partner, Vimeo. 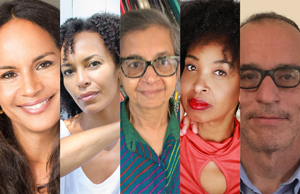 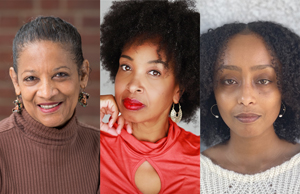 Watch a recorded conversation with actor/directors Seret Scott and Dawn L. Troupe about their work and Collins’s influence, moderated by writer Neyat Yohannes.

One of the first feature films directed by an African American woman, released in 1982, Kathleen Collins’s Losing Ground is only now, since its restoration in 2015, gaining the appreciation it deserves. Selected in 2020 for preservation in the National Film Registry by the Library of Congress, Losing Ground is indeed “culturally, historically, and aesthetically significant.” The film centers on Sara Rogers (brilliantly interpreted by Seret Scott), a popular philosophy professor who finds herself at cross purposes with her impulsive painter husband, Victor (Bill Gunn). Collins’s nuanced portrayal of the strained marriage expands beyond the domestic sphere to explore existential and aesthetic questions via Sara’s research on ecstatic experience and Victor’s shift from abstraction to representational painting. Inspired by her own academic career and influenced by the cinema of Éric Rohmer (whose Tales of the Four Seasons are streaming this spring at BAMPFA), “Collins strives to achieve the precision of the written word in her narrative design, bending the language of cinema to philosophical use” (Geetha Ramanathan). “That Losing Ground still feels fresh, over three decades later, is not only a testament to its timelessness—it’s a sad indicator of how scarce complex depictions of the inner lives of black women in contemporary American cinema remain to this day” (Tambay Obenson, Indiewire).

Kathleen Collins died in 1988 with most of her work unseen and unpublished. Thanks to the efforts of her daughter Nina Collins, the work is now coming to light. Since the restoration of Losing Ground, two volumes of Collins’s short stories and plays have been published, as well as Geetha Ramanathan’s in-depth study of her films, Kathleen Collins: The Black Essai Film (available online or at the BAMPFA Store). This special free screening of Losing Ground is presented as part of BAMPFA’s Black Life series and in conjunction with the Oakland Theater Project’s presentation of Collins’s Begin the Beguine: A Quartet of One Acts.