Audio from the Archive: Delphine Seyrig 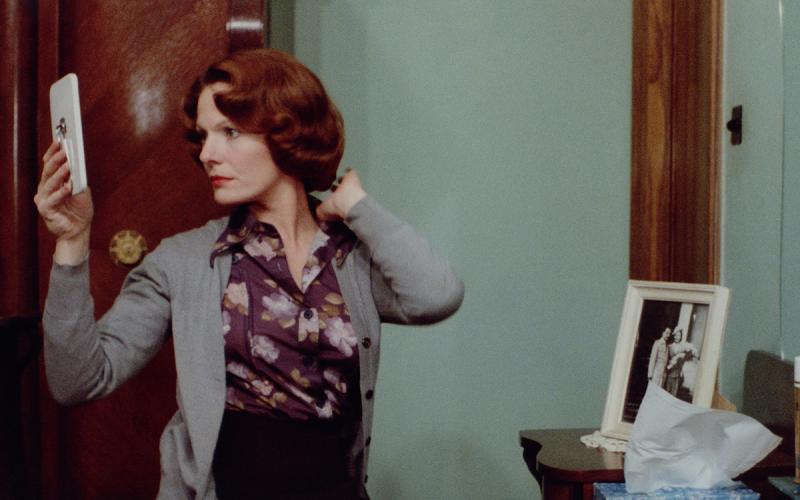 From French New Wave to Feminism—Archival Interviews with Delphine Seyrig at BAMPFA, April 1977 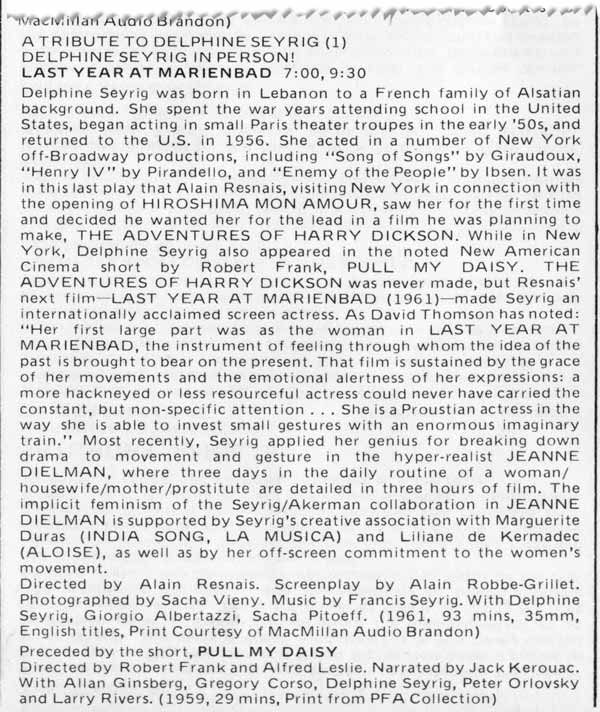 Among the treasures archived in the BAMPFA Film Library and Study Center is an amazing collection of audio recordings of filmmakers and film figures from around the world who have been guests in the BAMPFA theater. Dating back decades, many are on analog audio cassettes and stored offsite in our collections vault, but a current digitization project is making multiple recordings accessible to the public. In conjunction with the film series Delphine Seyrig: Resistant Muse (March 8–April 27, 2019), we're delighted to share, for the first time, two recordings from her appearances here more than forty years ago.

On April 3, 1977 Seyrig discussed her roles and involvement in Alain Resnais's Last Year at Marienbad and Robert Frank and Alfred Leslie's Beat classic Pull My Daisy, which were shown as a double bill. Fielding questions ranging from the astute to the bewildered, Seyrig provides insight into the growth of her career, Resnais's working style, and what it was like to work with Robert Frank, Allen Ginsberg, and others. ("I wouldn't put it exactly that way," she dryly notes to one query regarding Resnais; "it wasn't a question of him explaining [the role] to me, because I'm not completely dumb.")

The next day, Seyrig returned to discuss Chantal Akerman's Jeanne Dielman, 23 quai du Commerce, 1080 Bruxelles ("please print the whole address in the title," she noted to the San Francisco Chronicle writer Judy Stone during an interview the next day, "because that address is her world"). Joining her unannounced onstage was none other than the director herself, Chantal Akerman. The recording offers a rare chance to hear both actor and director fielding queries on the film together, only a year or two after it had been made.

Please excuse some of the imperfections of these recordings, now more than forty-two years old; many questions from the audience are inaudible (only the guests had microphones), and at times the recordings demonstrate their general age. They remain, however, essential, illuminating glimpses into not only the work and thoughts of Delphine Seyrig and Chantal Akerman, but of filmgoing and artistic culture of the Bay Area, circa 1977.

These recordings are shared for educational purposes only. If you'd like to learn more about the BAMPFA Film Library's collection of audio recordings—or even hear a few—please visit the Library during its open hours, Wednesday–Friday, 1–5 p.m.