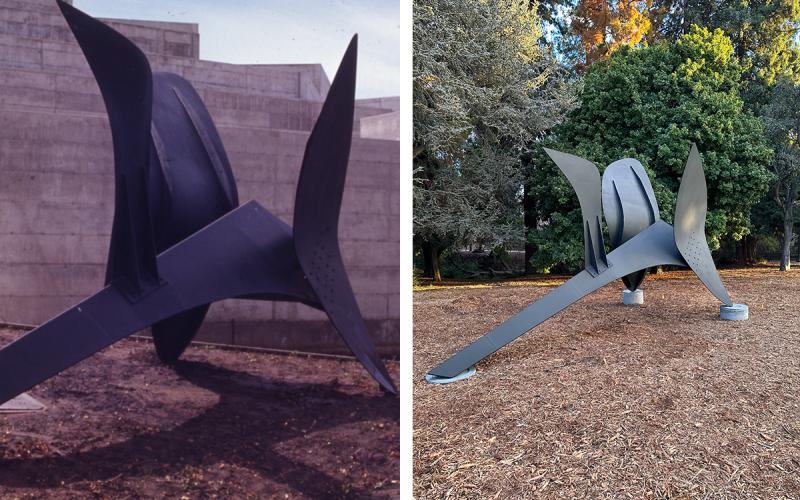 In November 2022, Alexander Calder’s iconic sculpture The Hawk for Peace (1968) returned to public view adjacent to the redwood grove on the southeastern side of UC Berkeley’s Crescent Lawn, across from BAMPFA's current location.

For forty-seven years, The Hawk for Peace was installed outside BAMPFA’s original home on Bancroft Way. Since BAMPFA moved to its current facility in downtown Berkeley in 2016, the sculpture has undergone special conservation to prepare it for its new home. The reinstallation on Crescent Lawn marks the third location for the sculpture, which was initially installed for a year near the Campanile at the heart of campus.

The monumental stabile was completed and donated to BAMPFA in 1968 by the celebrated American artist in memory of his late brother-in-law, Kenneth Aurand Hayes, a member of the UC Berkeley Class of 1916, varsity athlete, and namesake of the Berkeley Rowing Club. Hayes’ widow and Calder’s sister, Margaret Calder Hayes, was an early supporter of the museum and instrumental in securing the donation of her brother-in-law’s sculpture.

Calder, whose mother was a painter, and father a sculptor, was creative from a young age. The family moved multiple times during his childhood, but he found workshop space wherever they went. One of these moves brought them to San Francisco in 1913, where Calder attended Lowell High School and had a small studio space in his family’s cellar. After first studying mechanical engineering, Calder ultimately decided to become an artist, a path which would take him to Paris in 1926 where he circulated amongst the avant-garde. In 1930, he visited abstract painter Piet Mondraian’s studio and was inspired by the way the space was activated to create his first completely abstract compositions and a new type of kinetic sculpture now known as the mobile. When he also began making stationary abstract sculptures, the painter, sculptor, and poet Jean Arp named them “stabiles”. 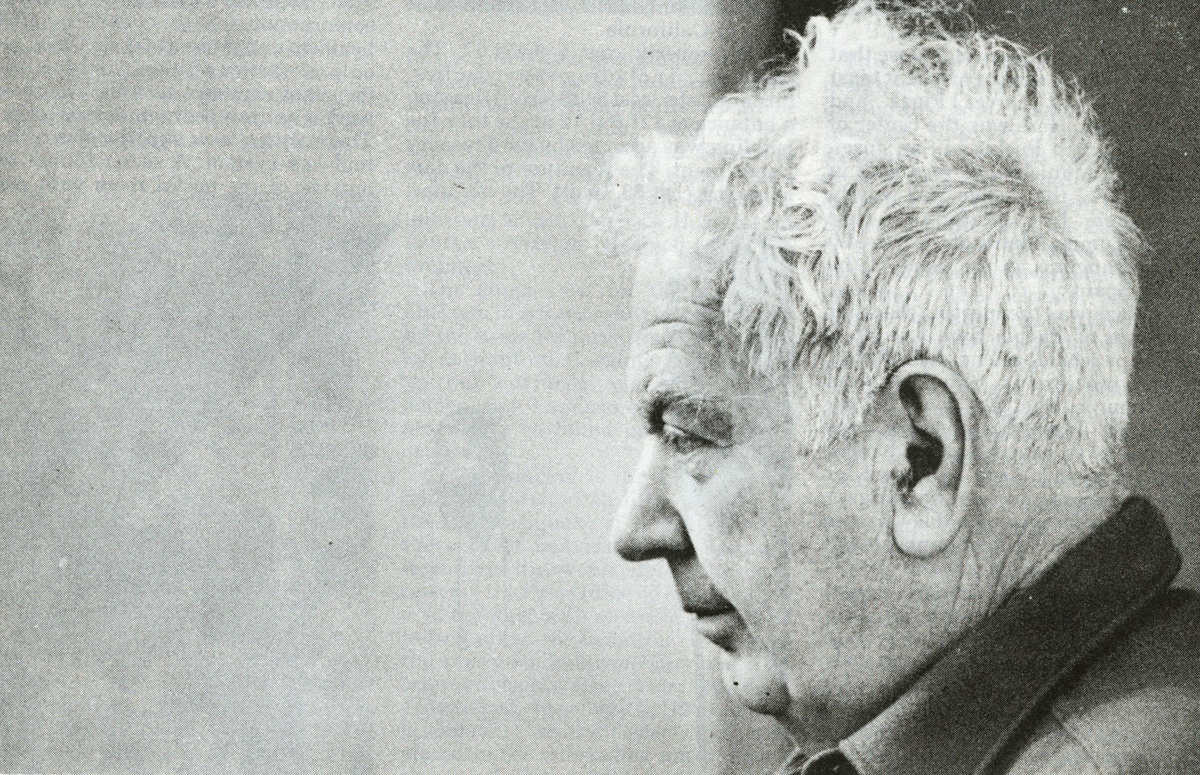 The Hawk for Peace is representative of Calder’s late career, during which he spent a great deal of time traveling the world to oversee the installation of monumental stabiles which were constructed in his studio in France. Measuring thirteen feet high by eleven-and-a-half feet wide by twenty-three feet long, and weighing 11,684 pounds, The Hawk for Peace was noted at the time of its installation as one of the most monumental public sculptures in the Bay Area.

The conservation of Alexander Calder’s The Hawk for Peace was made possible in part by the Institute of Museum and Library Services and the National Endowment for the Arts.