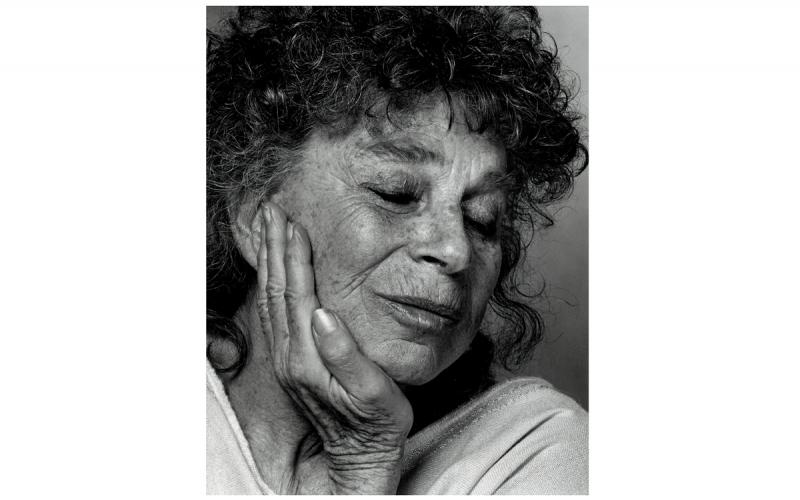 Visionary choreographer Anna Halprin, who passed away May 24, 2021 at the age of one hundred, was one of the leading lights of postmodern dance. Halprin taught and inspired some of the most important late twentieth-century American dancers and choreographers, including Trisha Brown, Simone Forti, and Yvonne Rainer. Her approach embraced a far more diverse range of movements and body types than had been allowed in conventional dance. With her San Francisco Dancer’s Workshop, founded in the 1950s, Halprin explored a systems approach, inspired in part by the work of her architect husband, Larry Halprin, and the use of choreographic scores. Halprin continued to dance and teach at her home in Marin County into her 100s.

We remember Halprin with this video of one of her most iconic works, Parades and Changes, which was performed at the 1970 opening of the former BAMPFA building on Bancroft Avenue. In February 2013, Halprin presented a new version of Parades and Changes at BAMPFA, her final staging of the piece that formed the foundation for her subsequent career. Dancers from around the world came to Berkeley to participate in these three last performances, featuring live music by electronic music pioneer and longtime Halprin collaborator Morton Subotnick.

First performed in 1965, Parades and Changes explores collective problem solving and interdisciplinary collaboration—two issues central to the student protests that rocked the UC Berkeley campus in the 1960s. Halprin created a system in which interactive situations can arise, rather than choreographing them to occur, which resulted in an inclusive process that depended on collaboration and personal choice.

More than a piece of choreography, Parades and Changes is a compositional method that depends on hundreds of hours of workshopping and experimentation. Taking its name from everyday parades that ritualize daily existence and the changes that throw these rituals into question, Parades and Changes can never be performed the same way twice. It is structured with scores, which specify activities over time in space, but the precise intepretations are not fixed. Certain scores may be dropped and new ones added to fit the needs of a particular performance. Among the new scores for the 2013 performance was the closing run, developed to honor the social concerns of student participants from Berkeley and other Bay Area schools.

“What gets renewed in Parades and Changes every time,” Halprin said, “is our ability to express our humanity through the language of dance and art.”