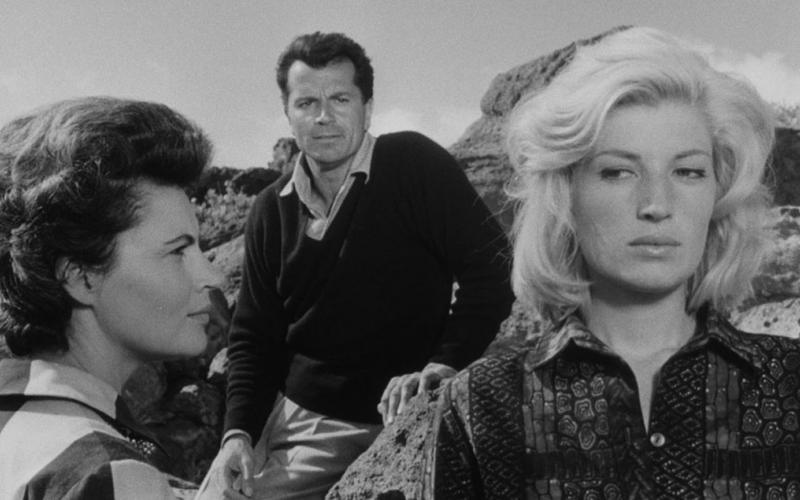 BAMPFA's summer-long series dedicated to films by Michelangelo Antonioni kicks off June 15 with L’Avventura (1960), launching a comprehensive retrospective featuring more than two dozen films by the Italian modernist director widely regarded as one of the twentieth century’s greatest filmmakers.

Celebrated for a formally eloquent cinema that fearlessly probes the inner lives of his troubled characters, Antonioni was able to extract extraordinary depths of emotion from his actors and was highly regarded for his sensitive handling of women’s roles. Beginning with his breakthrough film L’Avventura, he became a towering figure in a new European cinema that has influenced generations of artistically ambitious directors ever since.

BAMPFA’s series captures the full scope of Antonioni’s remarkable career, from beloved classics like Blow-Up (1966) and The Passenger (1974) to rarely screened gems like Chung Kuo China (1972)—his fascinating documentary filmed in China that presents a revelatory view of that country. We’re thrilled to present many of these works on pristine 35mm prints imported from Europe, as well as sparkling new digital restorations assembled in partnership with the Italian distributor Luce Cinecittà. And, of course, we look forward to summer nights when we will enjoy Antonioni’s magnificent writing and direction of great performances by Lucia Bosè, Alida Valli, Monica Vitti, Jeanne Moreau, David Hemmings, Vanessa Redgrave, and Jack Nicholson, among many others.