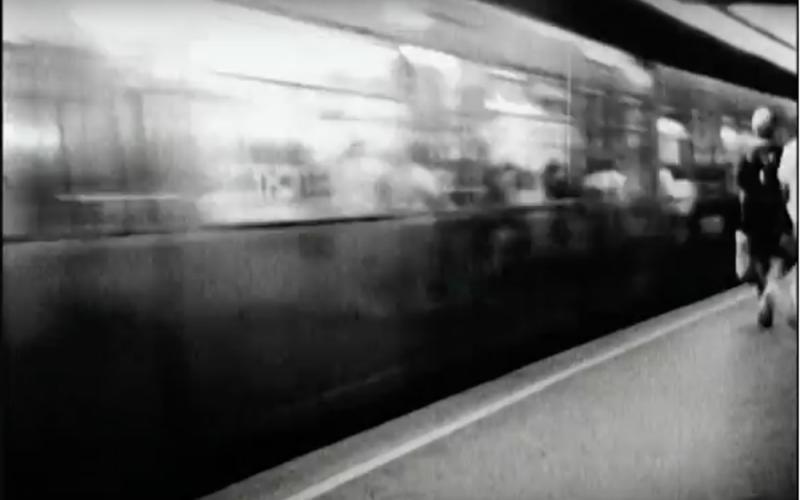 On Wednesday, November 7 at 7 p.m., BAMPFA welcomes Tomonari Nishikawa, a contemporary Japanese filmmaker living in the United States, who joins us for a screening of his films alongside a selection of films by the pioneering Austrian experimental filmmaker Kurt Kren in the program Underground International: Kurt Kren and Tomonari Nishikawa. Megan Hoetger, a doctoral candidate in performance studies who wrote her dissertation on Kren, and Patrick Harrison, a doctoral student in film and media, will be on hand to discuss Kren and Nishikawa's films. Here, Hoetger provides some background on Kren’s work:

For one of his last films, Kurt Kren (1929–1998) was commissioned by the weekly Viennese city newspaper Falter to produce an advertisement for their publication. Shot one frame at a time on a hand-cranked, silent-era 35mm camera in a subway station, the resulting one-minute film, 46/90 Falter 2 (which is in the BAMPFA collection), opens out onto many of the themes that pervade Kren’s practice. Its meticulous formal structure, as Bruce Posner has described, “display[s] an unerring sense of mathematical precision,” that “followed a detailed ‘script’ which orchestrated the multiple views and framings” for which Kren is so well known. Indeed, the filmmaker’s scores, or “scripts,” have garnered much attention over the years, dazzling viewers with their graphics, line work, and complex systems of color coding.

Posner’s focus on these idiosyncratic mathematical structures echoes much of the classic analysis of Kren’s films as “structural.” But moving below the surface grandeur of the formal imperial city, 46/90 Falter 2 also moved into another space that Kren knew quite well: the underground. Alongside his mathematical organization and formal techniques, the infrastructures of urban life, the rhythms of its inhabitants, and the pulsations of life lived in subcultural undergrounds structure Kren’s films across his forty-year practice. There are indeed few experimental filmmakers—and few people in general—who have borne witness to the incredible range of underground worlds that Kren did; and he always had his Bolex on hand to record. In 1964 he had it in his hands when he produced his now infamous pseudo-documents of the controversial bodily performances of Viennese Actionism. In 1969 he had in it in his hands when the West German underground exploded in a series of multimedia events that convened thousands of youths eager to cast off the repressive mores of the postwar state. In 1983 he had not his Bolex, but a still-image camera in hand as he snapped photographs of punk kids leaving a Dead Kennedys concert in San Francisco. And he had that same still-image camera in hand as he shot photographs of the unimpressive corners and gritty crevices he noticed at house parties and hardcore shows in Houston, Texas for his Meaninglessence series in the subsequent years.

Kren consistently integrated the energy of these spaces into his films. In 23/69 Underground Explosion he even incorporated his own drunken, mescaline-induced stumble down the stairs into his four-minute film of the West German multimedia event. His fall became an organizing principle, just as his mathematical structures were. So, when we think of Kren’s structural tendencies, we must think carefully about what we imagine “structure” to be—and perhaps we must reimagine this. For in Kren’s works structure is not only a way of configuring our seeing of the world, but of plunging us into embodied states of being in the world. We find ourselves disoriented and in the thick of it, which, as Kren enigmatically described in a Q and A at the Pacific Film Archive in 1980, is “where swimming begins.”

This essay was written as part of the Out of the Vault project, funded by the National Endowment for the Arts.