Film to Table: Dinner and a Movie with BAMPFA and Babette 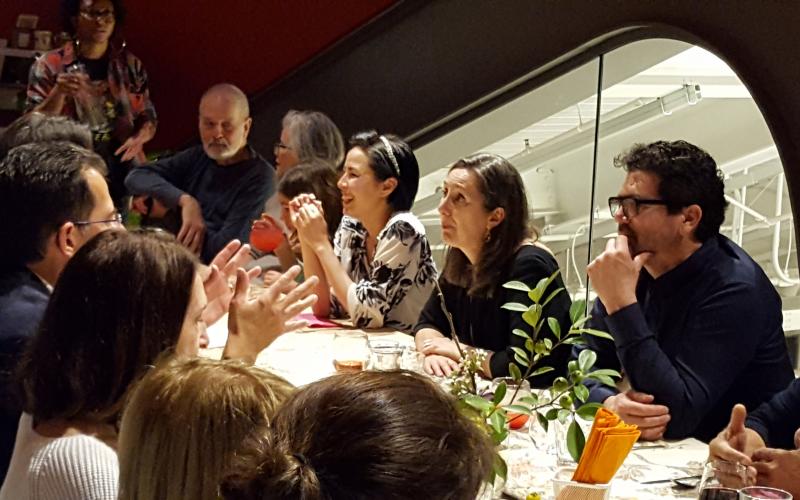 Taking “dinner and a movie” to a whole new level, Babette, the cafe at BAMPFA, has launched Film to Table, a dining experience that pairs innovative chef-prepared dinners with outstanding limited-engagement films. Served at a communal table just steps from the theater, the dinners offer film-goers an opportunity to relax with friends and fellow cinephiles immediately following screenings of select films. Each four-course, prix-fixe meal is planned, prepared, and served by Babette chefs/owners Patrick and Joan in a convivial, dinner-party atmosphere.

The next Film to Table event, on Friday, March 24, features a screening of The Great Dictator (1940), Charlie Chaplin’s first all-talking film, in which he plays both a Jewish barber and his double, the dictator Adenoid Hynkel. In the film, Chaplin deftly wields the deflating power of parody, while creating a timely, impassioned plea for tolerance that is especially resonant when viewed with a crowd.

Patrick and Joan’s delectable, early-spring menu begins with borscht with creme fraiche and dill, followed by cabbage leaves stuffed with Georgian walnut sauce and arugula. The main course is a succulent chicken with citrus and olives accompanied by a cauliflower-leek kugel with an almond-herb crust. Dessert is an orange marmalade-chocolate rugelach and yogurt pudding. A glass of wine chosen to complement the meal is included.

Film to Table dinner tickets are $65 each and should be purchased in advance at BabetteCafe.com. (Movie tickets must be purchased separately.)

Film to Table schedule for March and April: