John Alexander Appointed Director of Collections and Exhibitions at BAMPFA 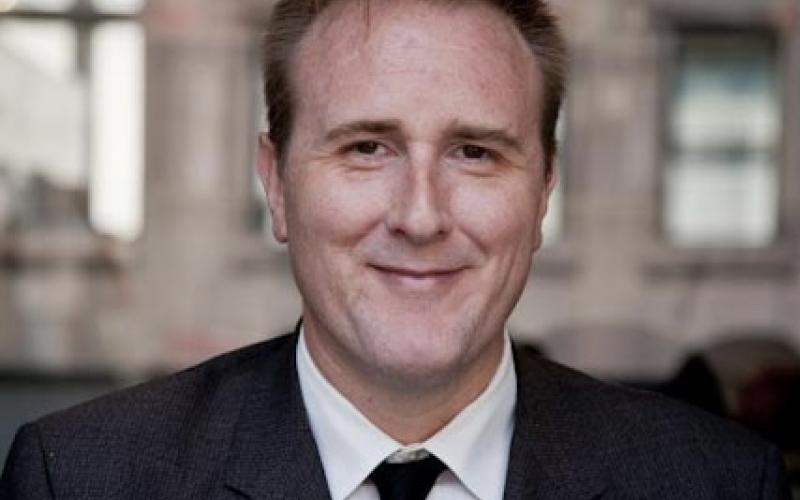 BAMPFA announced today the appointment of John Alexander as the museum’s Director of Collections and Exhibitions. As a member of BAMPFA’s leadership team, Alexander will supervise operations pertaining to the museum’s exhibition program, as well as its collections. Alexander brings to BAMPFA twenty-five years of experience as a museum administrator, most recently as the senior manager of exhibition and collection administration at New York’s Morgan Library & Museum.

“We’re delighted to welcome John Alexander to BAMPFA, where he will play a critical role in strategic planning and implementation for exhibitions and collections across departments,” said BAMPFA Director Julie Rodrigues Widholm. “John’s track record of success at some of the world’s leading art museums makes me confident that he’ll be an outstanding steward of BAMPFA’s holdings, and a trusted partner in making our exhibitions and collections accessible to new audiences locally, nationally, and internationally.”

As the Morgan’s senior manager of exhibition and collection administration for the past fourteen years, Alexander oversaw multiple initiatives to strengthen the institution’s exhibition and collections practices, including a comprehensive overhaul of the Morgan’s acquisition methodology, outgoing loans administration, and storage spaces. Alexander also supervised all aspects of exhibition management at the Morgan, including installation, design, budget oversight, and contract negotiations. He was deeply involved in some of the institution’s most acclaimed exhibitions of recent years, including exhibitions on the artists Philip Guston, Monika Grzymala, Martin Puryear, Rembrandt van Rijn, and Betye Saar as well as the topics of Surrealism, Frankenstein, and Old Master Italian, French, and Dutch drawings. Alexander also supervised national and international tours for nearly a dozen exhibitions originated by the Morgan, including a celebrated retrospective of Peter Hujar that traveled to BAMPFA in 2018.

Prior to joining the Morgan, Alexander served in multiple roles at New York’s Museum of Modern Art, where he worked on exhibitions focusing on Yayoi Kusama, Alvar Aalto, Willie Cole, Julia Margaret Cameron, Alfred Hitchcock, and Alberto Giacometti, among many others. During his time at MoMA, Alexander modernized the museum’s collections management practices by shifting to a new state-of-the-art system to more effectively administer the museum’s holdings of nearly two hundred thousand artworks. During his tenure at MoMA, Alexander spent three months in Paris on a professional work exchange with the Centre Pompidou, where he worked on the exhibition Dada: Zurich, Berlin, Hannover, Cologne, New York, Paris—a collaboration between the Pompidou, MoMA, and the National Gallery, Washington DC.

Alexander has lectured on museum topics at multiple universities in the United States and Europe, and he has participated in museum-related symposia in Boston, Houston, Madrid, and London. He received a bachelor’s degree in Art History from the University of Texas, Austin and pursued graduate studies in Art History at the City University of New York, Hunter College.

“I’m thrilled to join the senior leadership team at BAMPFA, where I look forward to applying my experience as a museum administrator to safeguard the museum’s internationally distinguished collections and advance its vibrant exhibition program,” said Alexander. “Having had the pleasure to collaborate with BAMPFA on the Hujar exhibition in 2018, I know I’m joining a team of outstanding colleagues who are passionate about the arts, and I’m excited to work with them on strengthening our collections and exhibitions in service of the museum’s long-term vibrancy.”

About BAMPFA
An internationally recognized arts institution with deep roots in the Bay Area, the University of California, Berkeley Art Museum and Pacific Film Archive (BAMPFA) is a forum for cultural experiences that transform individuals and advance the local, national, and global discourse on art and film. BAMPFA is UC Berkeley’s premier visual arts venue, presenting more than 450 film screenings, scores of public programs, and more than fifteen exhibitions annually. With its vibrant and eclectic programming, BAMPFA inspires the imagination and ignites critical dialogue through art, film, and other forms of creative expression.