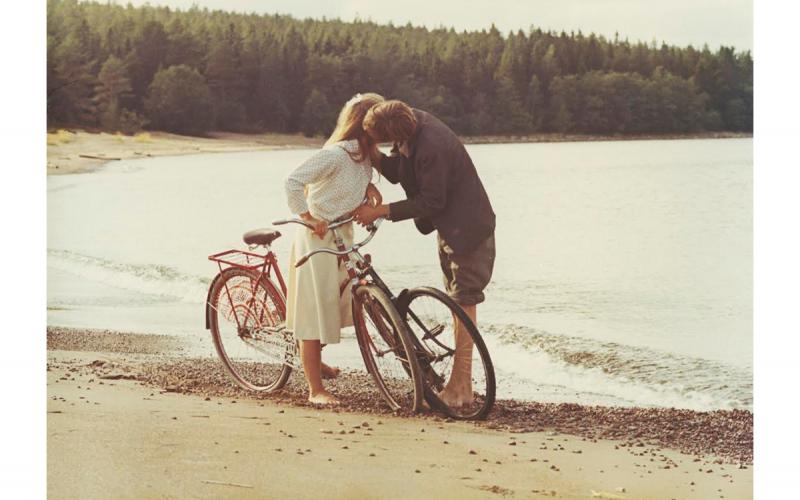 Beginning with her luminous, fresh, and original debut feature All is Forgiven, Mia Hansen-Løve has crafted a half dozen films so lucid as to seem entirely unencumbered by the weight of the century of cinema that precedes them. Yet even as she has taken her place among the leading auteurs of our time, Hansen-Løve remains an ardent cinephile with a profound appreciation of her cinematic forebears. When polled by Sight and Sound a decade ago, Hansen-Løve provided a fascinating annotated list of ten films that had been especially important for her, and watching those films with Hansen-Løve’s works in mind opens surprising new perspectives on everything from Ingmar Bergman’s Fanny and Alexander to Michael Mann’s Heat. Inspired by that Sight and Sound list, we asked Hansen-Løve to select five films to screen at BAMPFA in the coming weeks alongside her current retrospective. Below, she offers some thoughts on her selections:

The Mother and the Whore
Friday, January 25, 7 PM
Speech—a flood of words— and the actor Jean-Pierre Léaud: they are inextricable in this cult film. Only Léaud could take hold of Eustache’s text with such strength and truthfulness, and embody its hopeless energy.

Café Lumière
Saturday, January 26, 8:15 PM
In 2003, Hou Hsiao-hsien made Café Lumière as an homage to Ozu. He quietly follows Yoko’s strolls through the streets of Tokyo and the subway that winds peacefully from one place to another. By portraying the solitude of a contemporary young woman, he paints the delicate portrait of a new generation that resonates with Ozu’s generation. The wonder that I felt while viewing this film is expressed in its evocative title: the poetry of places, the staging of light. Simplicity, clarity, and openness define a point of view that I can relate to, from across oceans and cultures.

The Pelican
Friday, February 1, 8:30 PM
It was while I was preparing my first film that I discovered Gérard Blain, hypersensitive New Wave actor-turned-director of eight uncompromising feature films that shine with dark brilliance. The way in which Blain combines the rigor of Bressonian cinema with its innocence, the simplicity of his writing with his quest for passionate love, gives his work a unique emotion.

Adalen 31
Sunday, February 10, 1:30 PM
To tell the story of the blockade of the Adelen factories in 1931, which led to the death of five workers, Bo Widerberg chose an impressionist style. He uses small, vibrant strokes to describe the destiny of these men who, thanks to the strike, experience freedom; he films an adolescent’s grace and the discovery of the body and sexuality, catching the light of the Swedish spring. In order to portray suffering, hunger, and the class struggle, Widerberg is interested in joy. There is something deeply moving in this hymn to happiness that moves against the dry indictment which its subject might have imposed. Fifty years later, the relevance and modernity of Widerberg’s cinema have only increased.

Summer
Thursday, February 14, 7 PM
Summer. A woman, alone, is looking for love. She won’t find it, but she will see the “green ray" (le rayon vert), resulting in another form of ecstasy, one which might reconcile her with life. I always come back to this ecstasy, typical of Rohmer’s cinema. Rohmer might be a filmmaker devoted to depicting reality, but there is magic in his films. That’s how he works for me: more than a reference, Le rayon vert is a talisman.

Translated from the French by Nancy Goldman