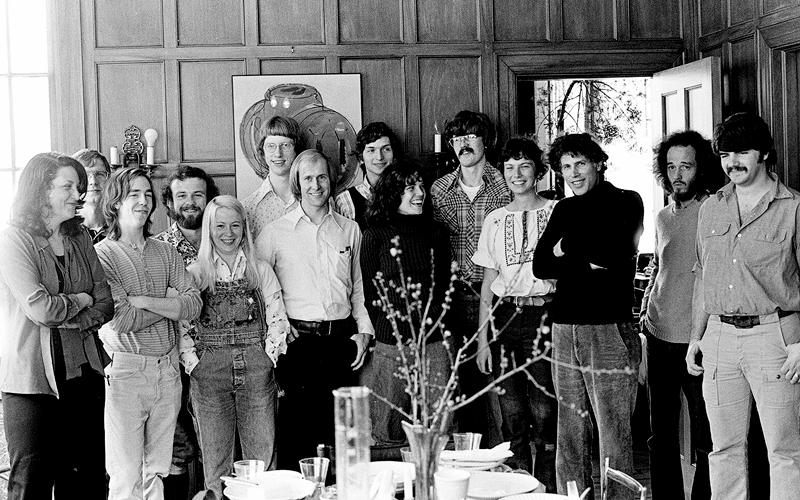 Among the distinguished speakers who joined University of California, Berkeley graduates for their commencement ceremonies this year was one particularly accomplished alumna of the College of Chemistry: Geraldine “Geri” Richmond, the Presidential Chair in Science and Professor of Chemistry at the University of Oregon, who earned her PhD in physical chemistry here in 1980. A member of the National Academy of Sciences and the American Academy of Arts and Sciences and winner of the National Medal of Science, among other accolades, Richmond studied with Professor of Chemistry Robert Harris as a graduate student. Harris recently sent us these photographs, taken by his wife, photographer Christine Harris, in 1977. 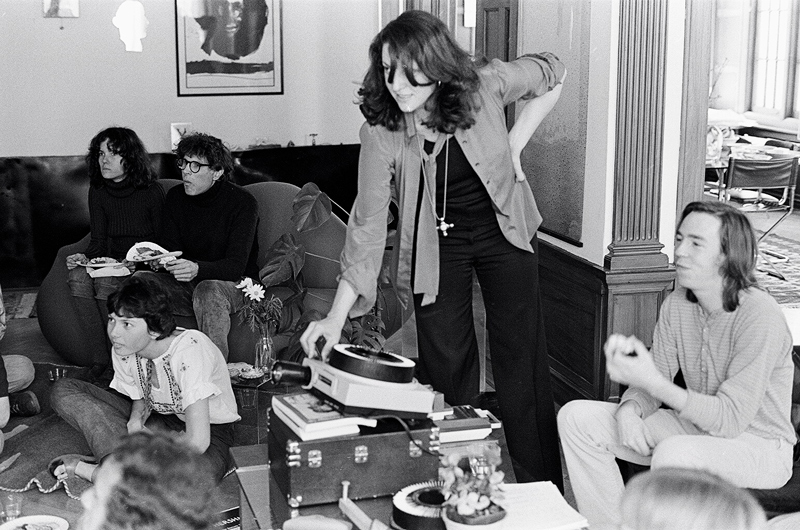 In the 1970s, the Harrises were friends with San Francisco-based artist Lynn Hershman Leeson. Professor Harris recalls, “In the winter of 1977 I was teaching a course in graduate quantum mechanics in the chemistry department. Lynn suggested the entire class and TAs come to her apartment in San Francisco for lunch and she would show them what she was working on. A unique class outing, as it were. Christine came along and photographed the lunch.”

Reminded of the visit these many years later, Richmond said, “What a wonderful experience it was for our quantum mechanics class to have a field trip to visit Lynn’s studio. I have always felt a strong connection between art and science but often the practitioners do not have much chance to meet and talk about their passions in art and science. I recall that Lynn was talking about holograms when we were at her house, a concept I thought only lived in the science world at the time. It was amazing!”

When Richmond spoke at the College of Chemistry’s commencement ceremony, she encouraged new graduates to dream big, pursue their dreams, embrace diversity, and “follow your Yellow Brick Road,” a point she emphasized by whisking off her academic gown and delivering her speech in a pair of overalls, the front of which she’d embroidered with a scene of OZ, Yellow Brick Road and all, during her student days. If you look closely at the photos above from the lunch with the artist, you’ll spot a young Geri Richmond—wearing those very same overalls.

Congratulations to all the 2019 graduates of UC Berkeley! 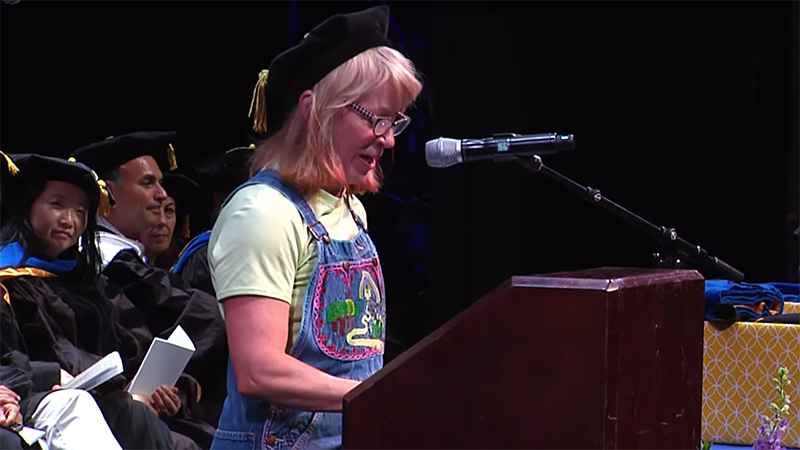