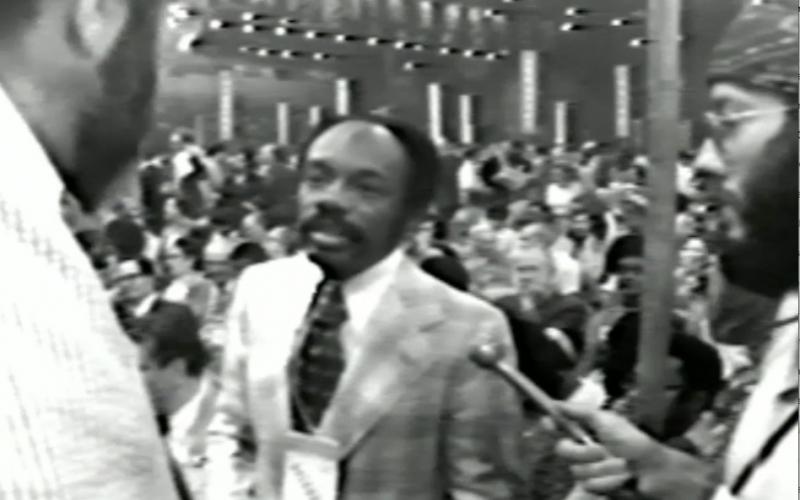 A collection of rare videotapes containing irreplaceable records of national historical significance will be preserved by BAMPFA, thanks to a prestigious grant from the National Endowment for the Humanities (NEH). BAMPFA received this highly competitive grant to safeguard and enhance its holdings of work by Top Value Television (TVTV)—a Bay Area-based collective of experimental artists and political activists that produced groundbreaking public broadcast videos throughout the 1970s.

With the NEH’s support, BAMPFA is undertaking a two-year project to preserve more than 400 analog videos that were produced by TVTV, a highlight of the museum’s internationally renowned collection of film and video. The project will provide the public with access to a trove of historically important alternative journalism, through the painstaking digitization of hundreds of hours of analog video footage—including many segments and unedited footage that has never been aired.

A pioneering team of self-described “guerrilla video-makers,” TVTV was among the first to harness the potential of video as a cultural form, embracing the use of small-format technology to create political programming notable for its unvarnished and spontaneous coverage. Among the highlights of its TVTV videotapes, BAMPFA holds the edited masters and the unedited camera originals for three of the collective’s most celebrated works: The World’s Largest TV Studio, which examines the 1972 Democratic National Convention; its Republican companion piece Four More Years; and Gerald Ford’s America, which covers the first hundred days of the Ford presidency.

The NEH-supported project will restore and digitize a selection of BAMPFA’s TVTV footage and related ephemera, and also support new interview recordings with two of the collective’s founders, Allen Rucker and Megan Williams. Upon the project’s completion, BAMPFA will launch a video portal on its website where visitors can access the archive alongside original writing on the collection. The total amount of the NEH grant is $220,537.